‘March for Our Lives’ 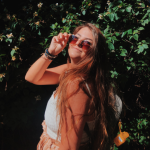 The March for Our Lives event was was a student-led demonstration held in Washington D.C. on March 24 in support of stricter gun control.

It was a main part of the movement created by students of Marjory Stoneman Douglas High School. MSD is a high school located in Parkland, Florida and was recently affected by gun violence. Former student Nikolas Cruz gunned down numerous students and teachers with an AR-15, leaving 17 dead and many more injured. Due to this incident, affected students and supporters are campaigning for stricter gun laws around the U.S., and what better way to do so than take to the streets of our nation’s capital?

Through the words of this generation, the performances by well-known singers and the formation of over 800,000 estimated people in Washington D.C., the overall atmosphere of the event was one that will not soon be forgotten. Signs upon signs with powerful messages were held up with pride by both children and adults, with sayings ranging from “I should be writing my college essays, not my eulogy” to “Am I next?” to “Take the NRA down.”

The leading message of the marches was #NeverAgain, a hashtag started by the students at Parkland high school. After silencing close to one million people for about four minutes, Emma Gonzalez said the words that ultimately summed up the meaning behind the movement: “Fight for your lives before it’s someone else’s job.”

The March for Our Lives was not the only march held, however. Smaller sister marches were organized by followers around the world. Over 800 registered marches were held worldwide, including places such as Tokyo, London and Paris. Numerous teens registered to vote during these marches in hopes to vote out politicians funded by the National Rifle Association (NRA) in the November election.