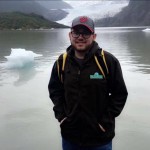 Dodger Stadium empty as the MLB has suspended play due to COVID-19. COVID-19 has also affected the NFL, NBA, NHL, MLS, NCAA, and professional wrestling.

Two days before testing positive, Gobert mocked the coronavirus by touching and wiping the microphones at the team’s post-game press conference with his bare hands and running out of the room. Since the suspension of play, there have been 15 members of the NBA to test positive between players, members of organizations and owners. One of those players, Christian Wood of the Detroit Pistons, has fully recovered on March 26 after being diagnosed on March 14. New York Knicks owner James Dolan announced his diagnosis of COVID-19 on March 28, making him the most recent member of the NBA community to announce they have the virus.

Major League Soccer followed in the NBA’s steps, announcing the 20-day suspension of their season on March 12. Along with the MLS suspending play, news broke almost simultaneously about cancellations, postponements and movement of events from a variety of sporting worlds such as the NFL, MLB, UFC, WWE, NHL, La Liga and a variety of collegiate conferences. UFC President Dana White announced that he was purchasing a private island so that he could make fights between international competitors happen.  To this day, nearly all leagues are at a dead stop, with many states enforcing stay-at-home orders to their residents.

WWE deserves credit for making the best of this unfortunate situation and living up to their mantra of sports entertainment. WWE has worked nonstop at its performance center in Orlando, Florida, pre-taping shows weeks in advance, as well as their biggest pay-per-view of the year, Wrestlemania. Former WWE superstar and Executive Vice President Paul Levesque, also known as Triple H, told people.com, “There’s probably no greater time, at least in my memory, in my generation where people need entertainment. They need relief. They need a distraction and something to be entertained by.” Not only did WWE follow up on these comments, but for the first time ever, WWE aired Wrestlemania over two nights on April 4 and 5.

Major League Baseball and the Major League Baseball Players Association announced that they have support from high-ranking government officials on a proposal that would allow their season to return as soon as May. The plan calls for all games to be played in Arizona at Chase Field, the home of the Arizona Diamondbacks and 10 other spring training facilities. Major League Baseball could find itself being the only source of sports going for people in the near future.

Many sports teams are helping their employees financially in this time of need. Many Americans are out of jobs because of COVID-19, and it’s satisfying to see the big money organization taking care of the individual for a change. The entire sports community deserves a round of applause for the handling of the COVID-19 outbreak. There is an immense amount of support to any member of the community that announces a diagnosis or symptoms, proper steps taken by those in charge of individual leagues and constant support from fans. Many college coaches, athletic directors and trainers are focused on preparing their organizations to be ready to compete at the highest level when they return.