The Office of Gender and Sexuality Equity partnered with Phenomenal Women to host their annual Clothesline Project on campus this year on Friday Oct. 15 and Monday Oct. 18 to recognize Domestic Violence Awareness Month. Students were encouraged to go to the Grille to make a shirt in support of victims of assault and abuse.

This project was created in an effort to promote awareness about assault in its many forms and provide information to students about help and assistance from professionals.

After the shirts were created, they were hung from a clothesline outside of the construction site of Brock Commons. Once the shirts were taken down at the end of the week, students were encouraged to pick up their shirts to keep
after the event.

Dr. Jennifer Slivka, the director of the office of Gender and Sexuality Equity said that “any time we can raise awareness about important issues like domestic violence, and bring it visually to the forefront of people’s
consciousness, is a success. This is especially true regarding domestic violence, which is often a hidden or taboo form of abuse because survivors often feel shame about it. Unfortunately, it is a widely occurring phenomenon.”

Alumnus Davion Harmon returned to campus and participated in the project and chose to spread his message, which was “love.”

“I picked this because although it was one word, it has a powerful meaning. It can be interpreted many different ways as reminding those who have experienced sexual or domestic abuse that they are loved,” Harmon said. “It can also be interpreted to show that love conquers all, including violence. I also created it to have multiple meanings, such as to spread the message and symbolize a form of peace.”

Other shirts had writing that included “You are not a victim, you are a survivor,” “You are worthy of love and [not] defined by your trauma” and “I raise up my voice, so the people without one can be heard too.”

Slivka reminds students that the office continues to host events such as their
Clothesline Project and the Domestic Violence 101 talk throughout the year to bring education and awareness to the student body about issues. For more information about these upcoming events, be sure to check your email
for updates from the Office of Gender and
Sexuality Equity. 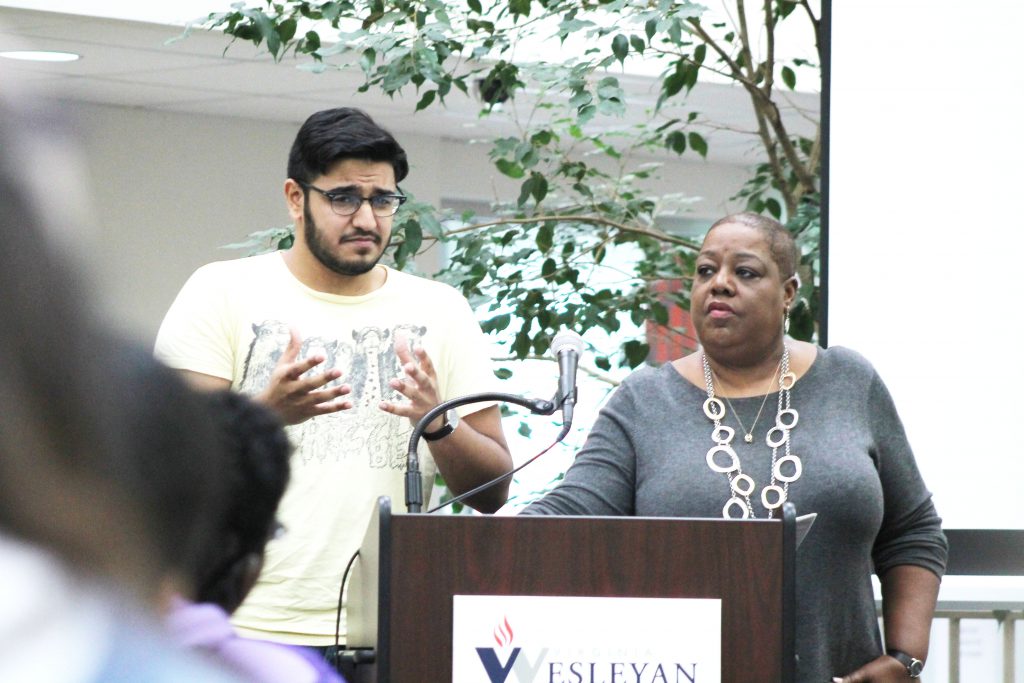