“All three times she has been an All- American, Marissa has far exceeded her ranking coming into the meet,” said Women’s Cross Country and Track and Field Head Coach Krista Littleton.

Coombs’ success on both cross country and track and field’s biggest stages is no coincidence. Tremendous work ethic and discipline have helped her become one of the most decorated athletes that Virginia Wesleyan has ever seen, but Coombs plans to accomplish even more.

“It’s hard sometimes, there’s days when I don’t want to get up and run or go to practice, but I just think about what the other girls are doing, who are winning the National Championship. That’s the level that I want to be at,” Coombs said. “It’s the little things, like eating right, getting enough sleep, and going to the training room after practice. These are the things that I think really push you over the top.”

Coombs’ commitment and hard work was put to the test earlier this year, when she suffered an IT band injury.

“The way she approached her treatment and cross- training during that time is what helped her to make a huge comeback once it healed. She did not let the injury hold her back, or affect her confidence and drive,” Littleton said.

Coombs’ ability to train at a championship level, even while injured is a tremendous example of her love and passion for running.

“I love the sport, I love running, it’s fun. I love hanging out with my teammates, and getting to do something I love everyday,” Coombs said. “I didn’t see myself running Cross Country when I first got here, but it has helped me a lot with Track and Field. All of my times have dropped, and I’ve gained so much more endurance, and it’s much easier to get through the races in track and field now.”

“The fact that she has been able to achieve the tough accomplishments of being this year’s ODAC Champion, and Runner of the Year, in addition to a two-time National Qualifier is a testament to her hard work and passion for running,” Littleton said.

As much as Coombs has accomplished, she credits her teammates and coaches to much of her success. ” Coach Krista saw the potential that I had when I first came here. I really only ran track and field my junior and senior year of high school, so I didn’t have a lot of experience. I never thought I’d be able to make it to a championship level, but she saw my potential before I even saw it in myself, and really pushed me to get there,” Coombs said. “Our team is really close knit. Emily (Latimer) pushes me every day in practice. Everybody’s out there working hard to get better.”

“What I respect most about Marissa is that she is such a team oriented person. Marissa is the type of person who is motivated by doing her best to help the team be successful, and her individual accolades are just an added bonus,” Littleton said.

Marissa Coombs and the Marlins will open their season on December 9, 2017 at the CNU Holiday Open in Newport News Virginia, where she looks to continue her success and add to an already unprecedented career. 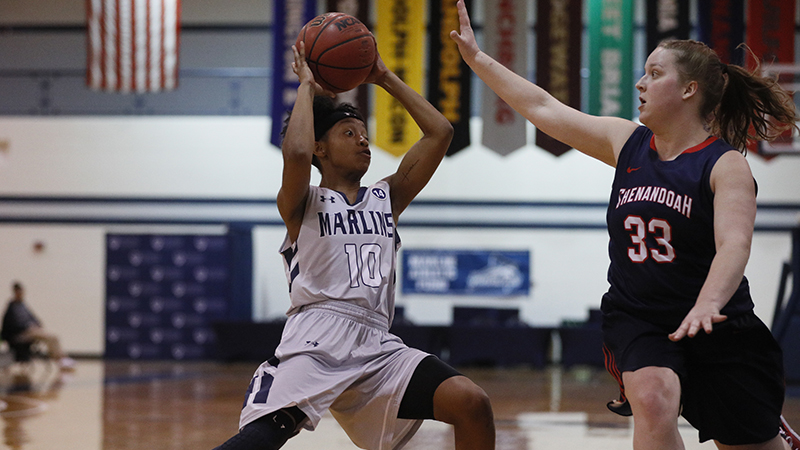