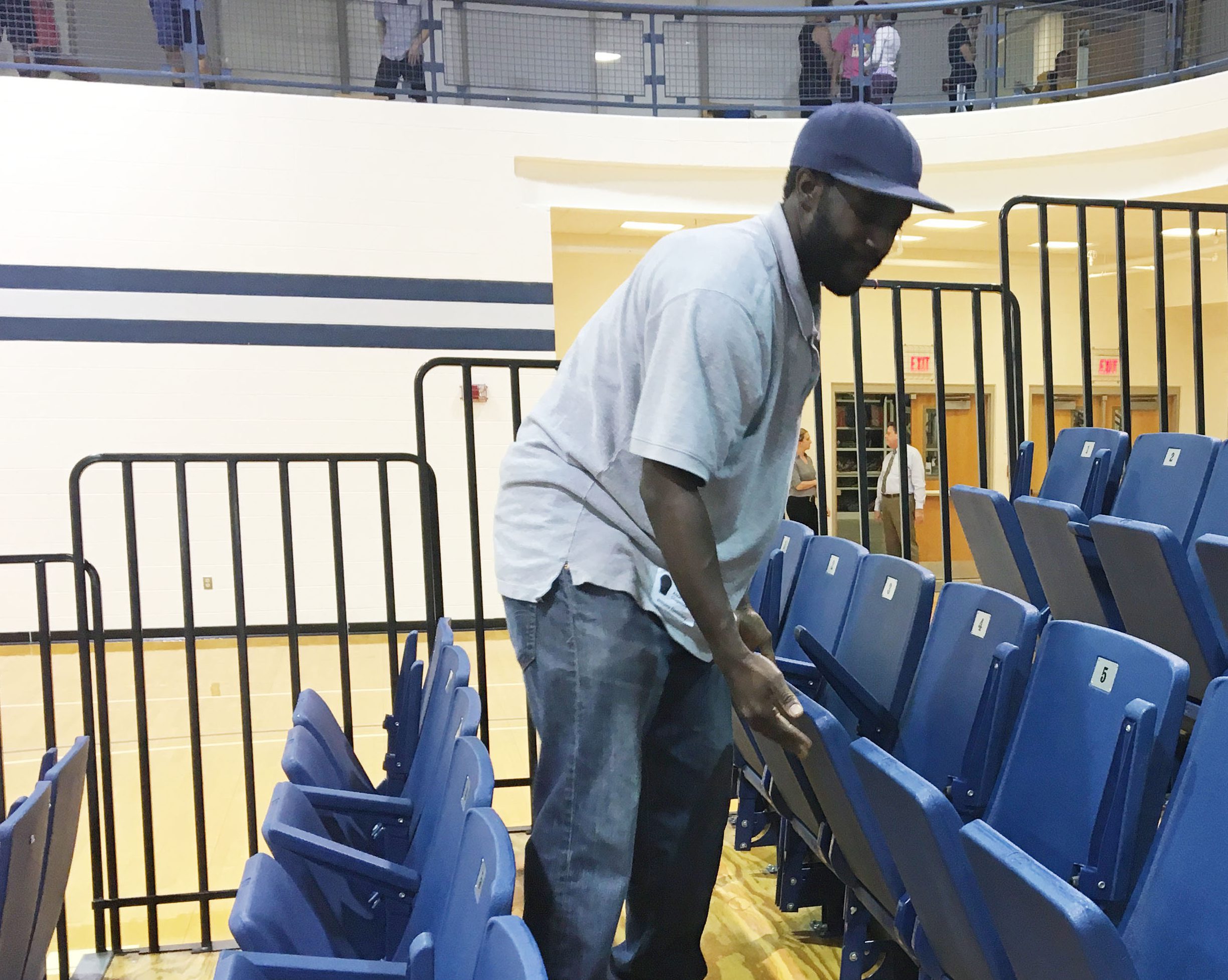 Rosette “Rose” Snead began working as a housekeeper for Virginia Wesleyan College about 15 years ago. Her office door in the Hofheimer Library displays dozens of notes on brightly colored paper from fellow faculty and students thanking her for her many years of dedicated service.

“Thank you for smiling at all of us,” one note says.

“Thank you for waiting to vacuum when students are not studying.”

“Thank you for being a great VWC Marlin.”

Thanks to a new organizational change, Snead and many other housekeepers, groundskeepers and maintenance workers will receive a 3% pay increase.

“She takes her job very seriously and she takes great pride in her work and I admire her for that,” Snead’s coworker Robin Takacs said.

The source of this pay increase was announced in President Miller’s Nota Bene on Oct. 25, which explains how a contracted company called Aramark will assume control of many college operations related to the physical plant. All housekeepers, groundskeepers and maintenance workers will no longer be employed by VWC and instead be guaranteed employment with a company called Aramark, which already controls many of the college’s functions. This change in leadership will be effective Jan. 1, 2017.

This means that Rose and many other employees will continue to work at VWC’s campus but will both report to and be paid by Aramark. They will no longer technically serve as employees of VWC. Director of Physical Plant Operations Robert Levinsky explained how two percent of the pay increase comes from the college and one percent comes from Aramark.

Aramark, according to its website, is “an American foodservice, facilities, and uniform services provider to clients in fields including education, healthcare, business, corrections, and leisure.”

Miller wrote in his Nota Bene, “As you know, Virginia Wesleyan College has a longstanding relationship with facilities service provider Aramark. Our own Vice President for Facilities and Operations, Bruce Vaughan, Director of Physical Plant Operations, Robert Levinsky, and several others have been employees of Aramark for many years.”

Miller explained how the college has used Aramark as a management firm for many years. This means that Aramark hires and employs many of the employees who work at VWC, fulfilling a contractual agreement between the college and Aramark. These employees, like Vaughan and Levinsky, have also helped hire most of the housekeepers and groundskeepers although they have always been on the VWC payroll, Miller said.

In short, VWC has always paid Aramark to carry out many physical plant operations through the employment of various workers. This frees up the college from having to micro-manage small details of the school’s functioning.

However, now the big change at hand is that the housekeepers, groundskeepers and maintenance workers, which Aramark employees helped to hire, will now be direct employees of Aramark.

“We manage them anyhow, so them coming under Aramark is like a natural progression,” Director of the Physical Plant Operations Robert Levinsky explained.

Snead’s response to this change in leadership is positive.