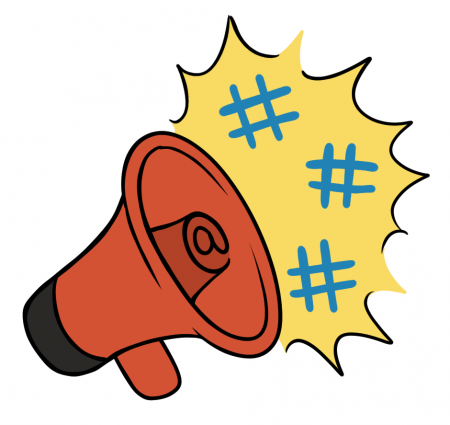 Head Softball Coach, Brandon Elliott, is the creator behind the Recruiting Logs on the VWU Softball team’s Instagram. Elliott intends to create interest for the school’s softball program through short one minute videos about various topics of his choosing. Elliott’s passion for Recruiting Logs haven’t gone unnoticed, as the Logs have been on display for the 2,250 followers on the team’s Instagram page. His consistent uploads never fail to put a smile on faces with all the likes and comments from each Recruiting Log.

The well-accomplished head coach had already built himself a gargantuan resume at Virginia Wesleyan. Going into his 15th season as head coach, he went to the ODAC championship game in 10 of his 14 seasons, he eclipsed 500 career wins and has become the most successful softball coach in school history. Elliott, a former student at VWU, is the face of Recruiting Logs and hopes to continue the series for a long time, but he knows that it will
eventually phase out.

On the other hand, Elliott isn’t bothered by the judgment of his own team. “The girls give me a hard time regardless of whether I do a Recruiting Log or not. You know, it’s funny, what I say to them when they bust my chops about them. I think they get secondhand embarrassment. I think that’s kind of how they look at it. What I remind them is if you know what was in it, it’s
because you watched it,” Elliott said.

Elliott is not the originator of the famous Recruiting Logs however. That title belongs to Nick Northern, the former assistant coach for the Men’s Lacrosse team here. “He did a couple of them years back, and they were way better than any Log I’ve ever done. They were hilarious. So I called him and just said, ‘Hey, can I ping off of you?’ So for a while there, Men’s Lacrosse and Softball kind of pinged off each other while we were both on the road.” Elliott said.

The Recruiting Log chain has even made appearances on the Swim team’s
social media as well. VWU’s Head Coach and Director of Swimming, Mike Ginder, attempted to adapt the approach back in 2018, but ended up dropping the idea altogether. “I definitely liked Brandon’s style, he has a very unique style. For one, it gives anybody that is looking for our recruits; For somebody that we may miss or somebody that is just starting to look at Virginia Wesleyan, it is kind of an announcement. Social media does not
come naturally to me, I did not grow up with it, so it was kind of a challenge to me to do something different,” Ginder stated.

When asked if Brandon Elliott would recommend this recruiting strategy to other coaches here he promptly stated, “I don’t think so. You have to do it based on your personality. Right? And for me, I don’t really care. You know, people are going to think about me, I know my character. I know my heart. I know my purpose. But you know, somebody that’s a little bit more laid back and maybe not a social media person or it’s not as personable. I think it’s
going to show up when you do something like that. But I think we all can find ways to be super creative when recruiting.”

With 15 years of experience, Elliott has found quite the niche for finding softball recruits. In his advice for recruiting he shared, “I always look at recruiting like going fishing, right? If I go to that pond over there, and I don’t catch any fish, I’m probably not going back. So I’m gonna find this pond or that pond to find recruits,” Elliott said.

The Virginia Wesleyan Softball team just came off their 46-6-1 campaign which won them their third NCAA Division III National Championship in the past four seasons. Brandon Elliott serves a huge part in not only his coaching role, but as a recruiter as well. If one thing is for sure, he loves recruiting and loves having fun while doing so.