Freshmen did not just gather together in front of Village 1 on Aug. 21, 2013 for food and drinks, carnival rides and a live band. They also had the opportunity to start exercising their civic duty by registering to vote. At the Freshmen Festival there was a Marlins Rock the Vote table that gave students, mainly freshmen, the opportunity to register.
The voter registration initiative was organized through the Election Engagement Committee, made up of faculty, staff and students. However, the idea first came about a year ago through VWC’s newest sorority.
“Zeta Phi Beta had an interest in doing a voter registration drive,” said Diane Hotaling, director of the Community Service Office.“Zeta Phi Beta partnered with AAUW [American Association of University Women] to run the drive that was overwhelmingly successful.”
Because of the drives last year, the Community Service Office gained great resource in alumnus Meaghan Groah.
“[The Campus Election Engagement Committee] wound up with a political science intern, Meg Groah, who came on board to help us ensure that this was embedded in life [at] Virginia Wesleyan,” said Hotaling.
Groah’s job as intern was to organize and manage the Rock the Vote event. According to junior Mindy Bertram, a member of the Election Engagement Committee and volunteer at the Rock the Vote event, “none of it would have happened without Meg.”
The event was considered a success according to the freshman that participated.
“I think it went well because I heard a lot of people signed up to vote,” said freshman Nikki Nedwick. “Why not sign up? It was a quick and easy process.”
The event staff also thought it went well.
“It went so good,” said Bertram. “I think we engaged the freshman class right when they got on campus.”
Overall, 83 students were registered in a roughly two hour time span, and it is possible that number will grow as the semester goes on.
This is not the only event the Election Engagement Committee is planning this semester.
“There is an event on September 19,” said Bertram. “[The event is] intertwined with the FYE classes.”
This event focuses on voter education. Students will be able to practice using voting machines and other methods to get students comfortable with voting by Election Day.
“We are also doing a faculty panel [later in the semester,]” said Bertram. “They are going to have a debate on the issues in the Governors election.”
The Virginia gubernatorial election will be held on Tuesday Nov. 5. The faculty panel is an informative session with the purpose of fully informing students before they cast their vote.
Some students think Rock the Vote should be done every year.
“I definitely think it should, because before coming into college I wasn’t as aware of this and I didn’t think to sign up to vote. So, I think it is good thing that they had that service available.”
The Election Engagement Committee has already made students more aware of the election process and continues to improve student participation in elections. Although the Rock the Vote event was only the first step of a strategic plan to fully inform student voters, it was a significant start to getting students in the habit of voting and making them able to say, 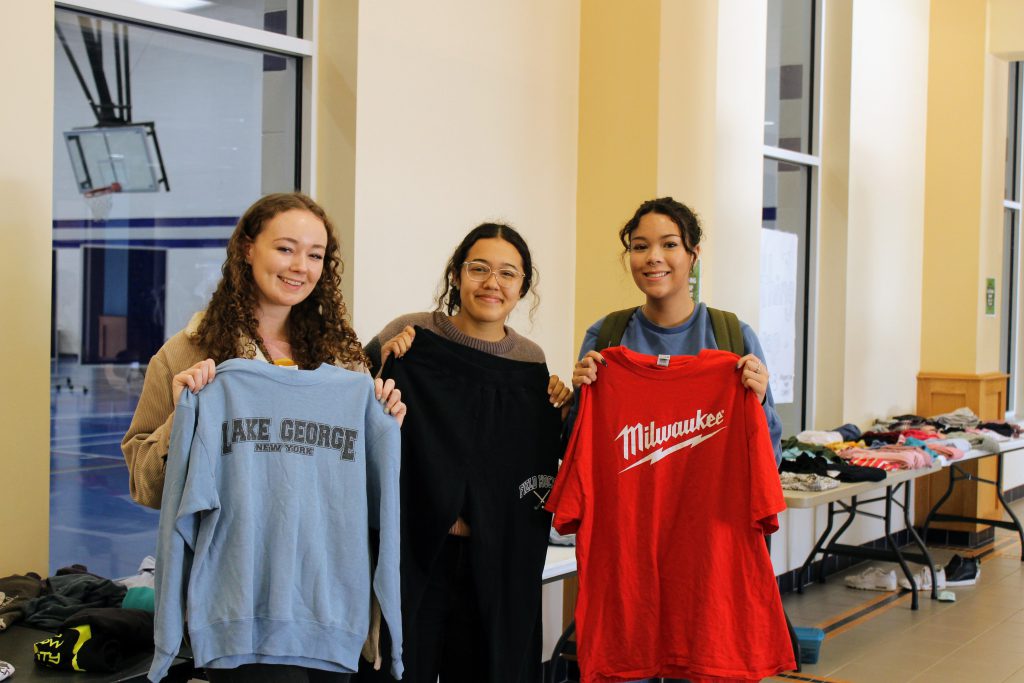