The VWC Women’s Lacrosse and Field Hockey teams are starting off their seasons with new head coaches who more than qualify for the job. Coach Christina Restivo is coaching the Women’s Field Hockey team, and Coach Meagan DiCave is coaching the Women’s Lacrosse team. Both coaches have ample experience on the field and on the sidelines.
Coach Christina Restivo, before coaching the VWC Field Hockey team, was selected for the 2006 NCAA All-Tournament Team, and shortly after, she became the assistant coach at Wake Forest University, leading them to four NCAA appearances and two final fours.
Restivo is also a Level 2 certified U.S. Hockey coach and the Head Coach of Futures, a USA Field Hockey training program focused on developing athletes for competitive play in Winston-Salem, North Carolina. Restivo and the team look forward to a bright and successful season this fall, starting off with two back-to-back wins, one of which was claimed during opening weekend – a first since 2003.
“They’re definitely a second-half team,” said Restivo about the first two games this season, during one of which the team was down at the half but came back to win in overtime.
Restivo’s success might have to do with her coaching philosophy, which is quite simple.
“Black or white. Do or don’t,” said Restivo, “No mind games.”
When asked what her favorite part of coaching at VWC is, she replied, “Everyday they [the team members] make me smile.”
“We’re not just here to play,” said Restivo. “[W]e’re here to represent something greater than ourselves.”
In addition to leading a great team, Restivo believes in helping the community.
“Community is everything we have,” said Restivo.
In keeping with this concern for community, the team will be hosting a field hockey clinic for kids on a local club team as part of a team bonding experience and community service.
VWC’s new Women’s Lacrosse head coach is one of our very own alumni. Coach Meagan DiCave first started playing lacrosse competitively her freshman year of high school, and she later played lacrosse for VWC, where she was ranked leading scorer across all three of the NCAA divisions in the nation. In addition to that amazing feat, she was also featured in Sport’s Illustrated and was named Virginia College Division Player of the Year in 2002.
When she heard about the opening, she knew it was her dream job.
“There’s nowhere else I’d rather be,” said DiCave. “It’s an honor and a privilege to be coaching here.”
The team is gearing up for a successful season. DiCave said this year they will “build on what the coaches have done in the past,” and they will “focus on conditioning.”
According to DiCave, the team is highly motivated this year. They schedule extra team workouts and pick-up games on their own, and their team bonding ranges anywhere from more workouts to team cookouts.
“They are really great girls,” said DiCave. “My favorite part is being here everyday, being around the students and athletic department all day.”
With new coaches, the Women’s Lacrosse and Field Hockey teams appear to have successful seasons ahead of them. They are bringing with them expert experience and some new approaches that have proven to be fruitful methodologies thus far. The players have also adapted well Restivo and DiCave’s coaching and are looking forward to the future successes they will acquire under these new coaches. 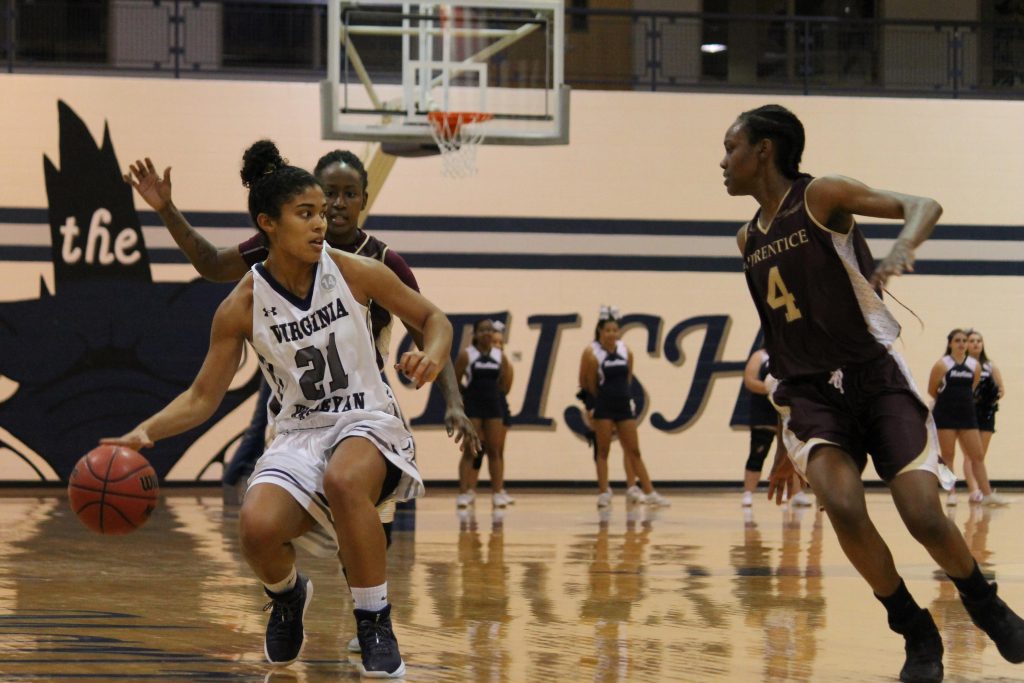