Abigail Spahr is swimming with the sharks—or will be soon, at least. With a major in biology and a minor in marine science, her future goals are to study sharks, help preserve their habitat, and educate the public about the importance of marine life.

Abigail Spahr sits down and places her keys and laptop on the table in front of her. The laptop is covered with stickers of Ariel, the Deathly Hallows Sigil from Harry Potter, a coffee cup, the Disney logo, Spyro the dragon and the letters of her sorority Alpha Sigma Alpha. Last, but certainly not least, is the outline of a swimming shark with a galaxy pattern filling it in. Each is a nod to her passions but only one represents her future.

“My interest in sharks is kind of a new thing, to say the least. Originally when I came here I planned on being a vet and then I got really dedicated to marine biology and any sort of marine life,” Spahr said. “And then that kind of slowly awakened this interest in sharks, I guess…I think they’re fascinating.”

Spahr gestures with her hands as she talks, moving them rapidly as her voice picks up speed.

“Sharks aren’t evil. They play a very important role in our environment,” she said. “I feel like the ocean is lost on a lot of people, like they don’t realize how much of our livable space is ocean,”.

When Spahr’s hands begin knocking repeatedly against her loose hair, she absently shoves it over her shoulder and continues.

She talks about the behavioral analysis she did on the sharks at the Virginia Aquarium, her plans to work in the shark tank once she’s scuba-certified and the type of study-away trips she thinks would be interesting. On the last topic, she adds that she’s consulting with her professors about potential study-away opportunities and her next steps.

When asked about her dream job, the response comes easily and quickly.

“If I could have any job in the world I would honestly just sit in the water and observe sharks. I really want to be out there, and in the water, doing a lot of the field research,” Spahr said.

Spahr shrugs good-naturedly and admits that she hasn’t gotten much further than that in her plans. “I know I want to be in the field studying them, I just don’t know what aspect of it. That’s the hardest part right now.”

Despite this, she has faith that she will end up where she’s meant to—namely, in the salty blue with her finned friends.

“Whenever I go out in the ocean it just kinda feels like this is where I need to be.”

Although her interest in sharks is fairly new, her love for the ocean began early in life.

She recalls watching documentaries as a child and being vaguely interested in the ones that featured savannah animals, or forest creatures. But the documentaries that captured her full attention were the ones about the ocean.

“That’s when I really remember zoning in as a kid,” she said. “I’ve always been intrigued with marine life… the interest has really always been there, but it wasn’t until college that I kind of figured that that’s what I want to do for a living.”

Virginia Wesleyan College also made her aware of a conservationist issue that Spahr has taken up with passion: shark finning, or the removal of a shark’s fins.

“One of the biggest impacts for me was last semester in Marine Biology, when Professor [Soraya] Bartol showed this video of the shark-finning trade. This undercover journalist went to these areas and he just panned across the ocean of like all these sharks with their fins cut off and they’re just sitting there and suffocating…It’s like an entire ocean floor covered by carcasses of sharks.”

Sharks breathe by ram ventilation, or propelling themselves through the water. Without their fins, they are unable to swim, and so they sink to the ocean floor and slowly suffocate to death.

Though this is a well-known and recorded phenomenon, the finning trade is largely unmonitored and unmanaged. In part, this is because of the negative culture surrounding sharks. Spahr compares it to overfishing tuna, which became a widespread issue after it was found to harm dolphin populations.

“Dolphins are something that they can be like, ‘It’s cute, it’s adorable.’ It’s harder with sharks, because people see them more as evil.”

Besides habitat conservation, one of her goals after graduation is to help dispel the myths about sharks, and bring the populace around to a better understanding of the creatures Spahr fondly calls “ancient” and “majestic.”

For now, however, the only fish she’s playing with is significantly smaller than a shark: Polaris, an opal dragonscale betta fish. He nibbles her fingers as she feeds him and dreams of water far larger and more splendid than anything man-made. 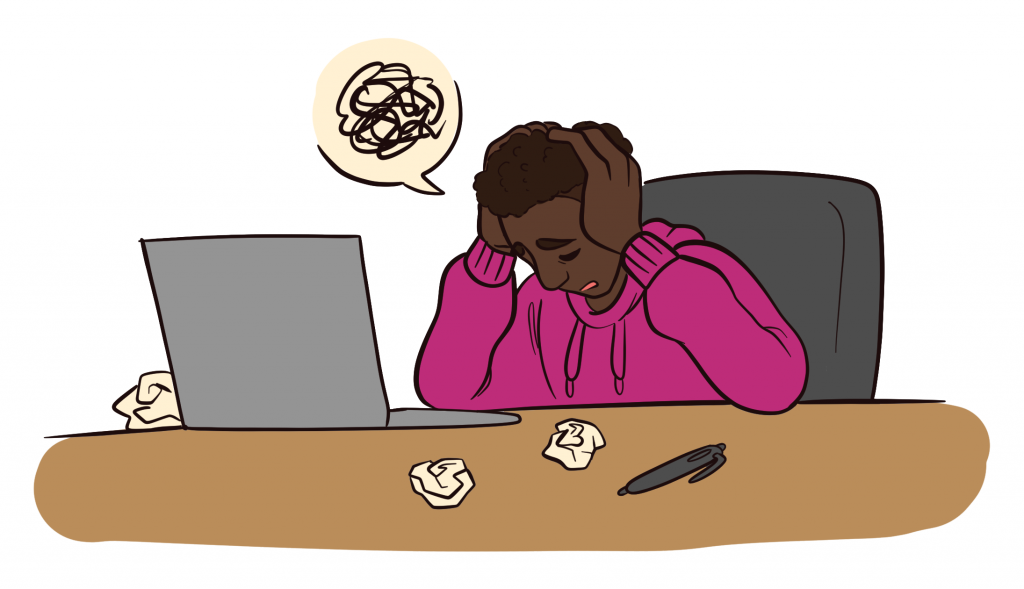