With their regular season coming to a close in just two weeks, the Virginia Wesleyan Women’s Basketball team will now begin a new journey for an Old Dominion Athletic Conference (ODAC) title.

The 2014-15 season has been filled with tough competition and many successes for the Marlins. They currently hold a 7-5 in the conference and they are 13-8 overall.

Achievements have been a large part of the season for the Marlins. Senior Brittany Glasco reached a career-high accomplishment of 1,000 total points and 500 rebounds in the team’s conference game against top-ranked Eastern Mennonite University. Glasco is now the 13th woman in the team’s history to reach over 500 rebounds and the 19th woman to score over 1,000 points.

Hard work is the framework of this team, but it still has fallen despite giving strong efforts. The Marlins dropped a game to EMU by less than ten points at the final buzzer. They are a high-caliber team that shows that, no matter a team’s ranking, they play to win and they play hard. Wins and losses are an important part of the game, but the Marlins are more concerned with hard work as they look toward the postseason.

“I think we have overcome the fact that we have had so many people come back from injuries from last year, and we had to get used to playing together again,” Kelly Jones said.

Last week Virginia Wesleyan added another conference win to the books. The Marlins dominated Emory and Henry College, and they took the win by 20 points. Their losses in conference play haven’t discouraged the group. Losses only add fuel to the fire.

“I feel pretty good about the season. There are some games we should’ve won, but we are planning on getting some revenge come ODACs,” says freshman Lainey Harmon.

Though their remaining four regular-season games are still filled with tough conference competition, the Marlins feel their best efforts on the court are still coming.

“Our team is very united, and with some of us returning from injuries, we have done really well with adjusting to that and coming back stronger, playing together. Our best playing is still to come, and I think we are peaking at the right time with ODACs right around the corner,” junior Cassie Conley said.

The growing team cohesiveness on and off the court and a healthy roster are not the only factors driving the urge for a tournament win. With a strong upperclassman presence, five seniors and two juniors, the pressure is on for the team to grasp a conference title.

“The biggest difference this year, than in years past, is that there are five seniors graduating, rather than one, making our sense of urgency for success that much greater,” senior Symonne Newsome said.

With strong leadership from the players on the court and the coaching staff on the bench, the Marlins have a promising future ahead of them.

Virginia Wesleyan has three more games to go before the close of the regular season. 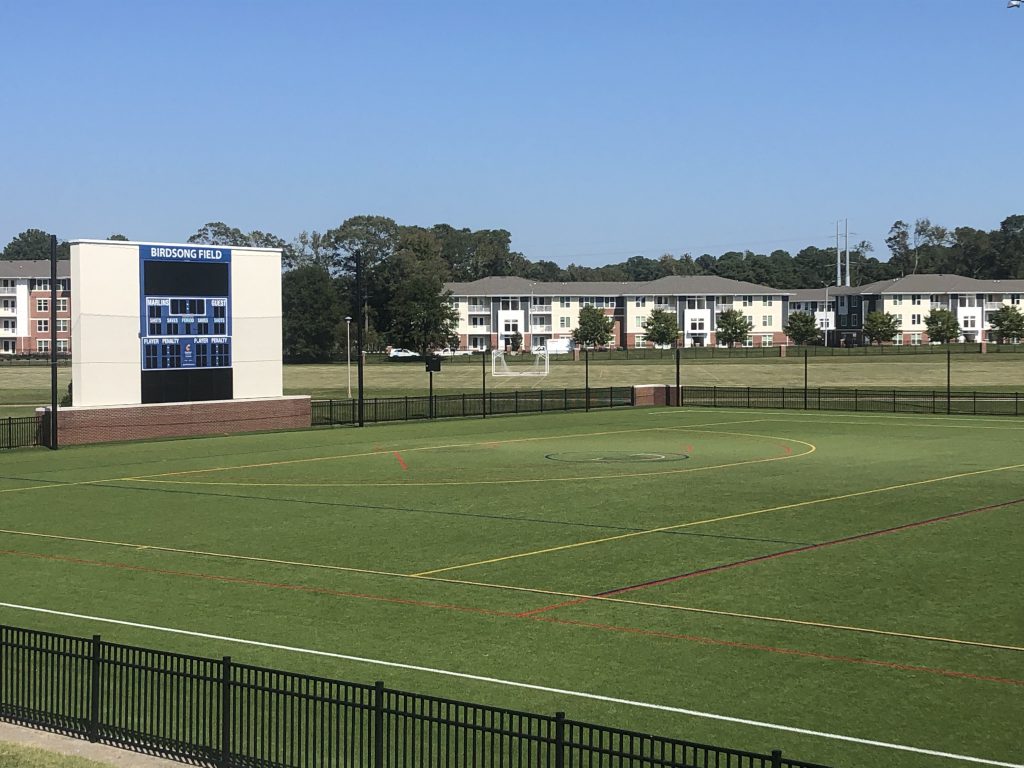