There’s nothing more exciting than the roar of the stands at any sporting event–the way your blood pumps and your cheeks turn pink from screaming so loudly. School pride spills out of everyone while watching the game together. Yet all those feelings are lacking in any Virginia Wesleyan stadium.

All that can be heard are the screams of the coaches and praise from the bench. The rest of the game is comparable to a ghost town. The bleachers are empty and during halftime all that can be heard are crickets chirping. No one can be found at Virginia Wesleyan’s regular-season games.
Virginia Wesleyan has great pride in its athletic program, but the pride doesn’t show in the stands. The school spirit is only apparent when free food and a T-shirts are offered to those students who attend. Even with the enticing offers of free stuff, a lot of students just don’t show up. Some students will even take advantage of the freebies and then completely avoid the game.
The only time that true school spirit is seen in the stands of any sporting event at Wesleyan is when a team can make it into the postseason. A large part of this student body patiently waits until their team is on the top of the lists to start giving them the praise they have been deserving all season long.
Maybe there would be much more student presence if more faculty and staff showed up to support their school. Those employed by Wesleyan have just as much apathy for sporting events as the students. It’s very rare that you’ll see more than a handful of teachers or administrators at the game. It’s downright shameful to be a fair-weather fan of all the teams that work so hard to bring pride to the school’s name.
The lack of attendance means that a lot of our sports teams go unnoticed. Any team that hasn’t gotten an NCAA bid in the last few years is swept under the rug to be forgotten. Wesleyan’s tennis, women’s lacrosse, and golf teams are just some of the teams that get left out of the buzz. They don’t get the same impressive accolades as some of the other sports teams at Wesleyan, and that means that they don’t get noticed by anyone. This school has some incredible student-athletes that don’t get the credit that they deserve.
What this community doesn’t realize is that a national title isn’t what makes a sports team special. These athletes manage to deal with a full schedule of being on the road and practicing, and they still manage to keep up with their classes. It’s an impressive feat that only so many people can actually handle, and this school should have more pride in those that decide to tackle this task. Student-athletes are a large chunk of the student population at Virginia Wesleyan, but some of them get forgotten so easily.
Just dropping by with a group of friends and filling up the bleachers at a sporting event would be a small gesture, but that small gesture would make a big difference to any student-athlete on campus. Supporting Virginia Wesleyan’s athletic department is part of the true college experience. It’s not something students and faculty should just forget about. 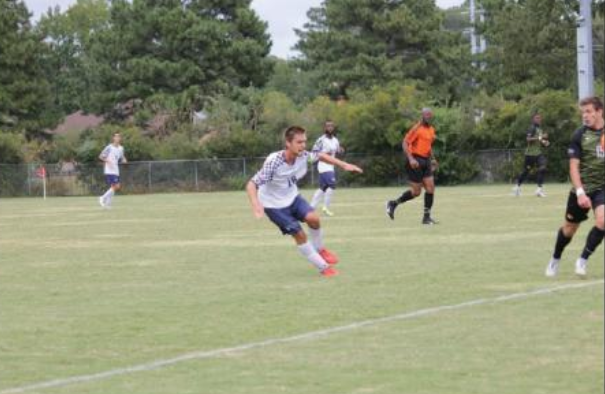