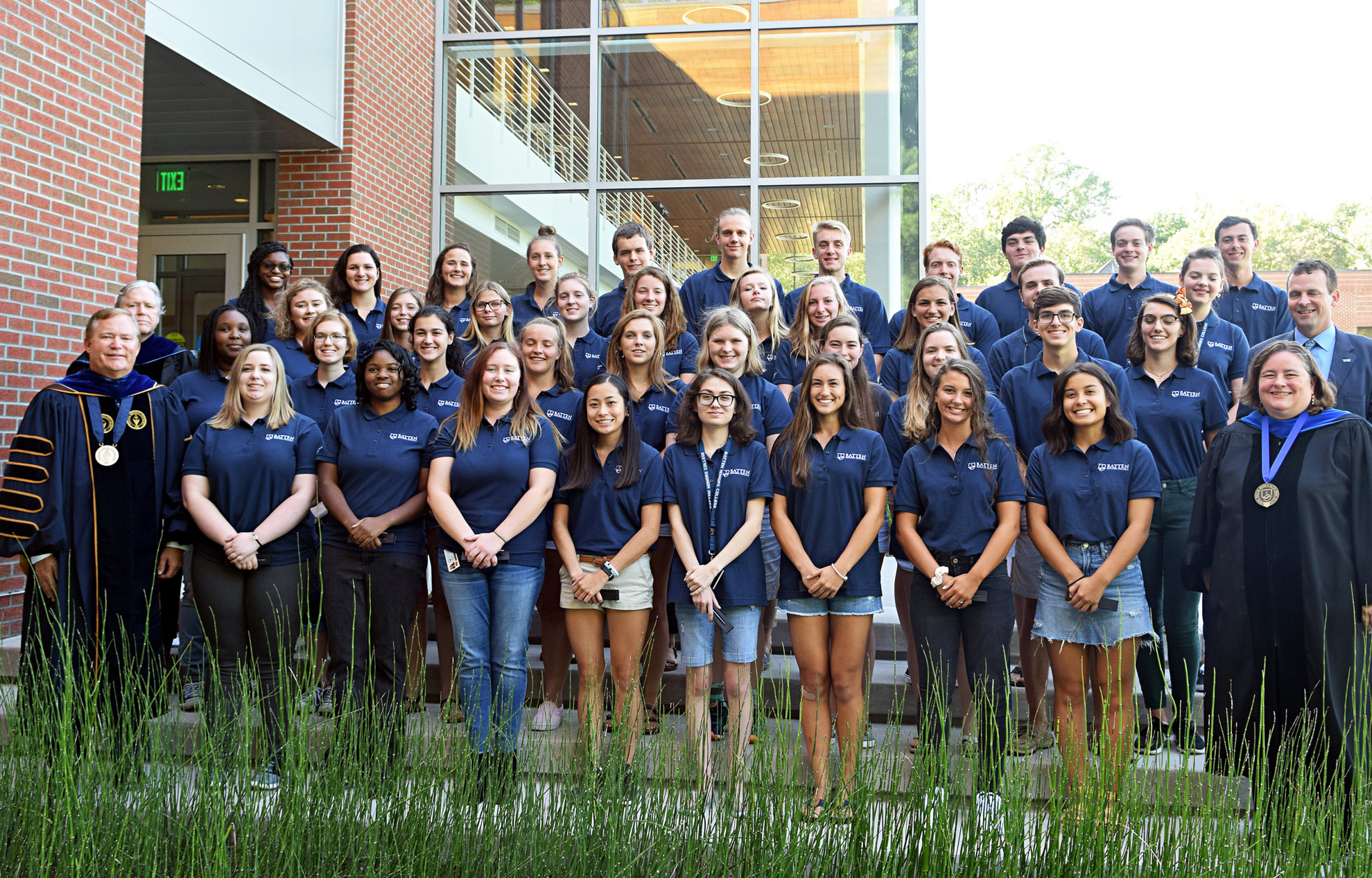 Virginia Wesleyan University is advertised as a premier liberal arts institution with majors ranging from the arts to the sciences. But with the addition of the Greer Environmental Sciences Center and the Batten Honors College revamp, there has been a growing emphasis on environmental sciences and STEM majors.

Many students have an understanding that when they enter into the Batten Honors College they will be learning about a variety of STEM subjects. Though it may not relate to their intended field of study, many find the STEM subjects enlightening.

“I knew that it [environmental sciences] was going to be addressed more than the other honors and scholarship programs, especially with the opening of Greer. They made that a huge deal, stating we were the first class that was going to get to use Greer, so we were going to do a lot of stuff in there,” sophomore Jenna Whitener said. Whitener is a member of the Batten Honors College.

Even though there is a push in the understanding of environmental sciences, some students feel this isn’t to persuade them to change their majors, but rather to incorporate the ideas presented into their future careers.

“When I was enrolling, I definitely understood that the honors college was going to be emphasizing STEM, and environmental science in particular. If you look at our vision and mission statements, fostering environmental stewardship is one of the main goals of the college,” said fellow sophomore and Batten Honors member Brianna Sandy.

“The way that the honors college curriculum works is that every semester there is a specific class that helps us cover our general studies courses, but allows us to [also] get our honors curriculum in,” explained sophomore and Batten Honors member Alexander Leonard. He used Honors 110: Complex Global Challenges as an example, a course that Batten Honors students are encouraged to take to fulfill both a general studies and honors program requirement.

“When we came in we believed we were going to be discussing politically-heavy questions, current events and a few other more controversial topics. However, it ended up being more about water rights and internationally how water is used in relation to the environment,” Leonard said.

While environmental studies is a focus of the Batten Honors College, Wesleyan’s administration has stressed that the ultimate goal is to create well rounded students who are leaders in their particular fields of study.

“The Batten Honors College is a three-legged stool. The students come here to study the environment, because we have a world class center, so that’s stool leg number one. Number two is to be leaders and number three is to have a global understanding,” President Scott Miller said.

“I think they tie in environmental sciences a lot over the course of what we do, but it’s never pushing us towards being an environmental scientist,” said Whitener, who wants to be an English teacher. She said she appreciated “having that environmental awareness and incorporating that into my own lessons and making my students aware” that the STEM courses provided her with.

The Batten Honors College’s vision is to “inspire, engage, and prepare academically talented students to become leaders, environmental stewards, and impactful citizens in the global community,” according to its website. Headed by Dr. Joyce Easter, the dean of the Batten Honors College and a chemistry professor, the college has begun to solidify itself as a staple in the environmental sciences.

The idea of revamping the Batten Honors program came after a long process wherein Miller reached out to donors to discover what their interests were and what they wanted to contribute.

“The way the honors college was created was that when they were doing a feasibility study for the next capital campaign they talked to some of our current donors and potential donors, and they went out and had one-on-one conversations with these donors about what they saw as real advantages and positives at the institution and what were some projects they would be interested in contributing to,” Easter said.

Miller spoke specifically with Jane P. Batten and discerned that a particular area she was interested in overhauling was the honors program, with an eventual goal being to distinguish the institution from others by facilitating for environmental stewards.

“When she provided the initiative, when we met with her about the honors program, we wanted a program that would help students develop into leaders in whatever program they were in, but we wanted them to be aware of being environmental stewards. So that was basically the charge,” Easter said.

Though the Greer Center is often home to honors courses, the goal for the institution was for every student to have a course in there, environmentally-focused or otherwise.

“The plan when the Greer Environmental Science Center was built was to not just have a strong program in the environmental sciences, but to benefit the entire student population as a whole. I’ve been really pleased with that because I see that the faculty in that building are making it available to all students,” Miller said. 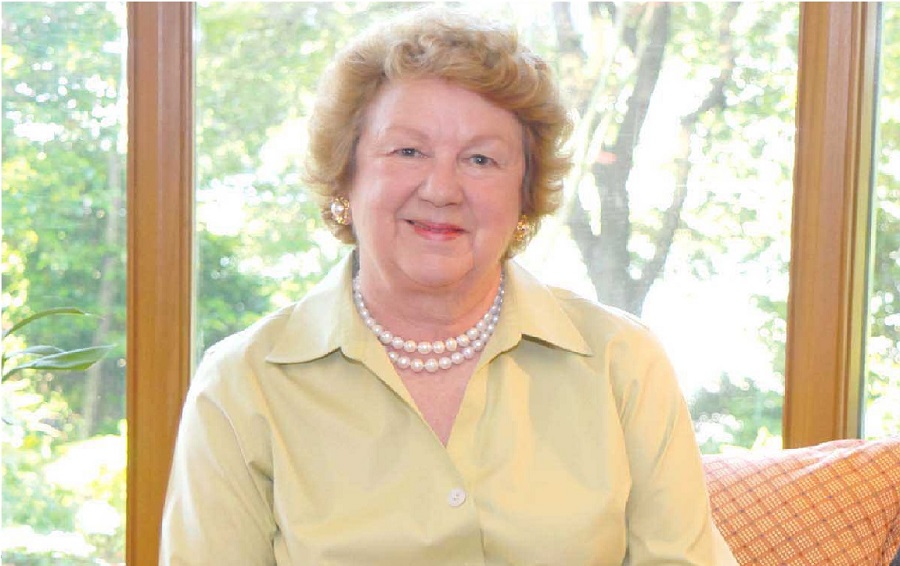 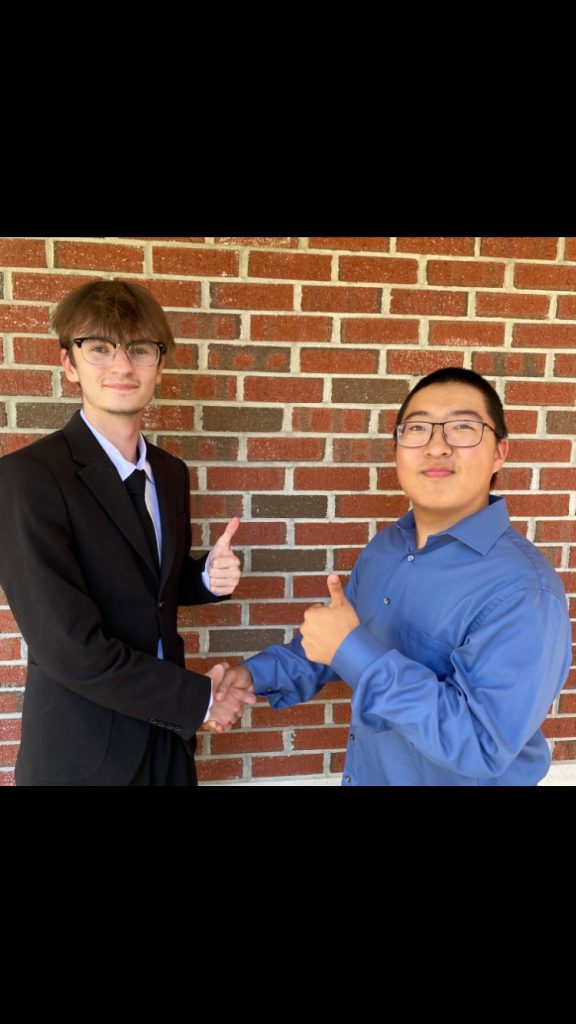