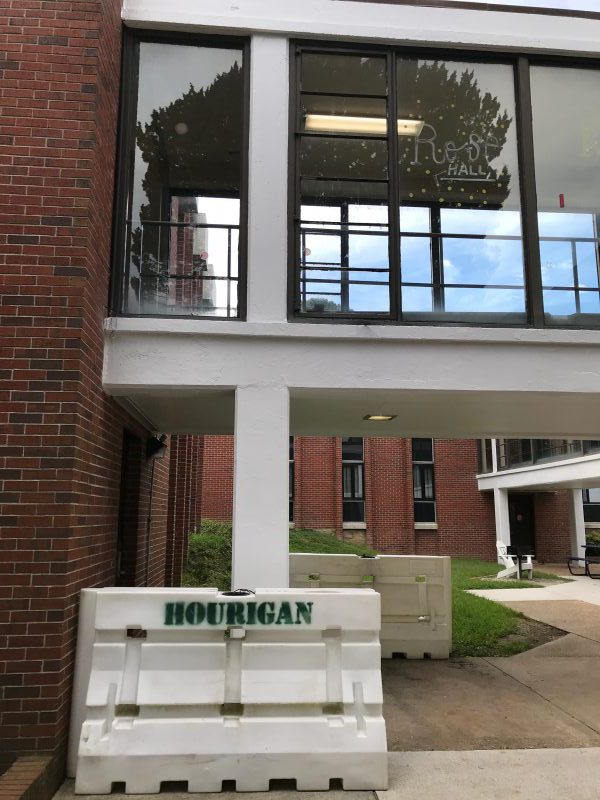 Bray Village, formerly known as Village 1, began overhauls earlier this semester as part of a $1.9 million privately funded restoration process that will last the duration of the academic year. This Village is one of the oldest living facilities on campus and the first student-specific housing facility available when the campus opened its doors to students in 1966.

The overhauls began with Rose Hall, as the restroom facilities are gutted and modernized. Additional updates will include painting and a new floor covering to provide a cleaner and more contemporary living facility.

“At first, I was dreading the move to a new hall, but now I’m excited about it. Seeing the shower stalls and bathroom stalls as they are, they definitely need to be renovated,” said Josh West, a freshman currently living in Old Hall. His hall is not scheduled to begin updates until the completion of Rose and Kellam.

“Moving halls will be no big deal and I’m definitely looking forward to the nicer bathrooms,” freshman Andrew Dimonda said. “It’ll be worth the move for that.”

According to VWU President Scott D. Miller, Rose Hall’s renovations are slated to take between eight and 10 weeks.

“As a part of our analysis, all colleges have old buildings, but what we wanted to do was focus on those things that are basic expectations of quality of life issues, and we identified that the restrooms in the residential facilities were in bad need of some upgrading and modernization,” Miller said.

Rose Hall would usually house 56 residents, including freshmen and Resident Assistants (RAs), according to Vice President for Student Affairs Keith Moore. However, accommodations had to be made for alternative living arrangements.

To make room for the displaced freshmen, sophomores and other upperclassmen were placed into the Burton hotel community off campus until the Bray Village renovations are complete.

Bray Village was selected for overhauls as part of an ongoing restoration process at Virginia Wesleyan University. This is part of a larger project to update the campus.

“When I arrived here in 2015, I had an institutional review conducted that assessed the strengths and limitations of the institution,” Miller said. “It led to the development of a year-long process that evaluated the condition of all our campus facilities and gave us a mechanism to take a look at what we wanted to have from a physical standpoint moving ahead… One of the areas that came out of the study was the concern about the age of Bray Village, which is the original village on the Virginia Wesleyan campus.”