As we look to the class of 2020 and the many other classes to come, Virginia Wesleyan college set in place multiple large-scale plans for extensive expansion and change. The question remain: will these plans come to fruition?
Change was the motto the past few months in admissions, now referred to as enrollment services, with the sudden departure of Dean of Admission Nelson Davis and other enrollment staff members and the arrival of Vice President for Enrollment Services David Waggoner. With such vast changes, is the school equipped to make its immense plans a reality?
President Miller stated that Davis accepted a position elsewhere.
“Anytime there’s a new president, there are changes in an organization,” Miller said. President Miller professed his faith in David Waggoner and the confidence he has in his decision to hire Waggoner.
“I was familiar with his work over the last twenty years from a number of institutions that competed with him for students… He brings to Virginia Wesleyan a skill set that we think is compatible with our philosophy on the enrollment program here. A talented individual with tremendous experience who we think will lead the program the way we want it to be led,” Miller said.
David Waggoner boasts an extensive history in college admissions and enrollment as well as a great deal of experience with small liberal arts colleges. Waggoner worked with the College of Mount Saint Vincent, which had a student population of less than 1000 during his time of employment, and Upsala College, which also had a student population of less than 1000. The college where he first got the opportunity to serve in a director of recruitment capacity was Monmouth University. There were 1795 students attending Monmouth upon his arrival. By the end of his six-year career at the university, Monmouth’s undergraduate population doubled in size. The average SAT score also increased by approximately 50 points and the average GPA increased as well.
Waggoner said approximately 129 enrollment deposits were received from freshman in the class of 2020 and 11 were received from transfer students for this upcoming year. According to Waggoner, this puts the college ahead of last year’s rate. While enrollment is ahead on deposits, Waggoner also stated that they are slightly behind on acceptances. However, Waggoner said that the acceptances the college received are of high quality. The Center for Enrollment Services’ goal for the class of 2020 is 400 freshmen and 100 transfer students.
Waggoner confirmed that on Thursday, March 24, two enrollment staff members were let go. One of these members supposedly gave her two-weeks notice at the time her employment was terminated. Waggoner said this was part of his effort to build a stronger and more unified team in enrollment.
The approach enrollment is taking towards acquiring and retaining students is different than any other used previously at this school. A call center to reach out to prospective students was established in Eggleston and operates 5-9 p.m. Monday through Thursday. The school is also communicating with prospective students through a greater number of electronic means.
President Miller said his desire is to increase the school’s enrollment from approximately 1400 to 2000 over a three to five year period, 1500 being full-time students. This is a goal President Miller said he feels confident the school should be able to reach by 2019 or 2020.
Although the growth will present substantial change to the college, VWC will still operate on a small school mentality.
“We’ll still be small by design. We’ll still be very customer-oriented. We still want every student to feel as if it’s a personalized relationship,” Miller said.
Additionally, there is a desire for 1000 students to reside on campus as opposed to the current 840.
“Studies point to the fact that if you have 1000 students living on campus, that that’s a magical number for critical mass at student activity events to provide increased dining services and create a campus atmosphere that’s more collegial in its approach,” Miller said.
Miller discussed the school’s plans to introduce a Master of Arts in Education program as well as a Master of Business Administration program, which would be exclusively online, in the next year in addition to three certification programs. The Master of Business Administration program will hopefully be instituted by next fall and the Master of Arts in Education will hopefully be instituted by next spring. President Miller professed his belief that the addition of these graduate programs and certificate programs will work to make the school more attractive to prospective students.
In order to accommodate the ambitious growth the school is projected to experience over a relatively short period of time, plans are in the works for developing apartments close to campus immediately across Wesleyan Drive. It is the school’s hope that these apartments will appeal to older students, graduate students, faculty, staff and coaches.
Furthermore, there are aspirations of developing another dormitory on campus within the next three years. A firm will be coming to the school as part of a comprehensive master planning process. This will allow the college to determine where it stands in terms of space. 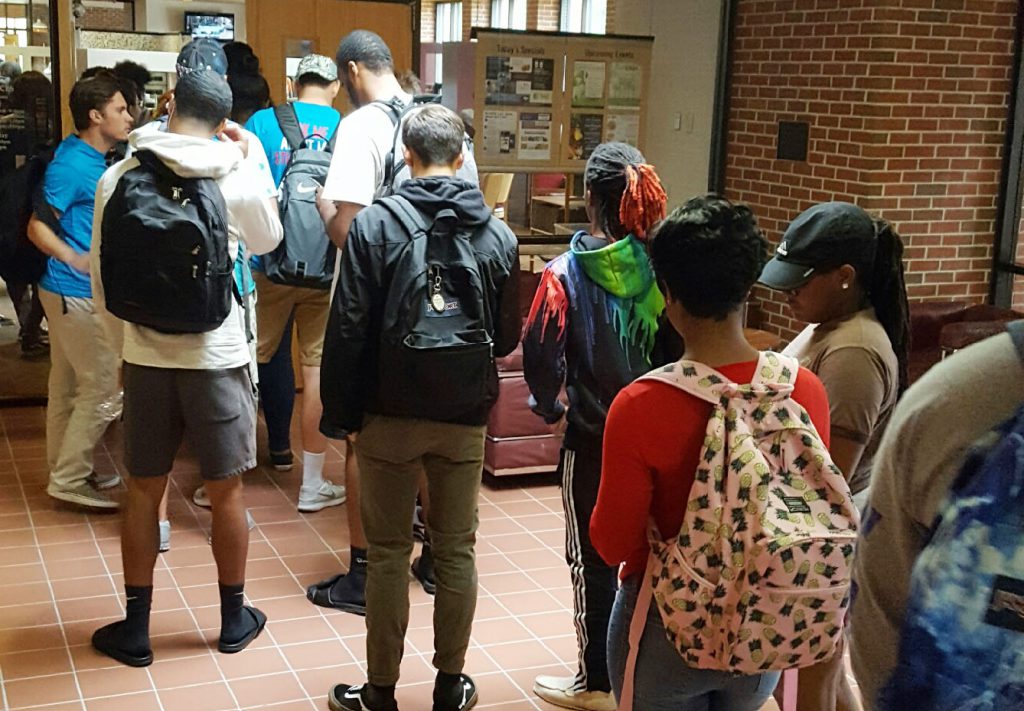