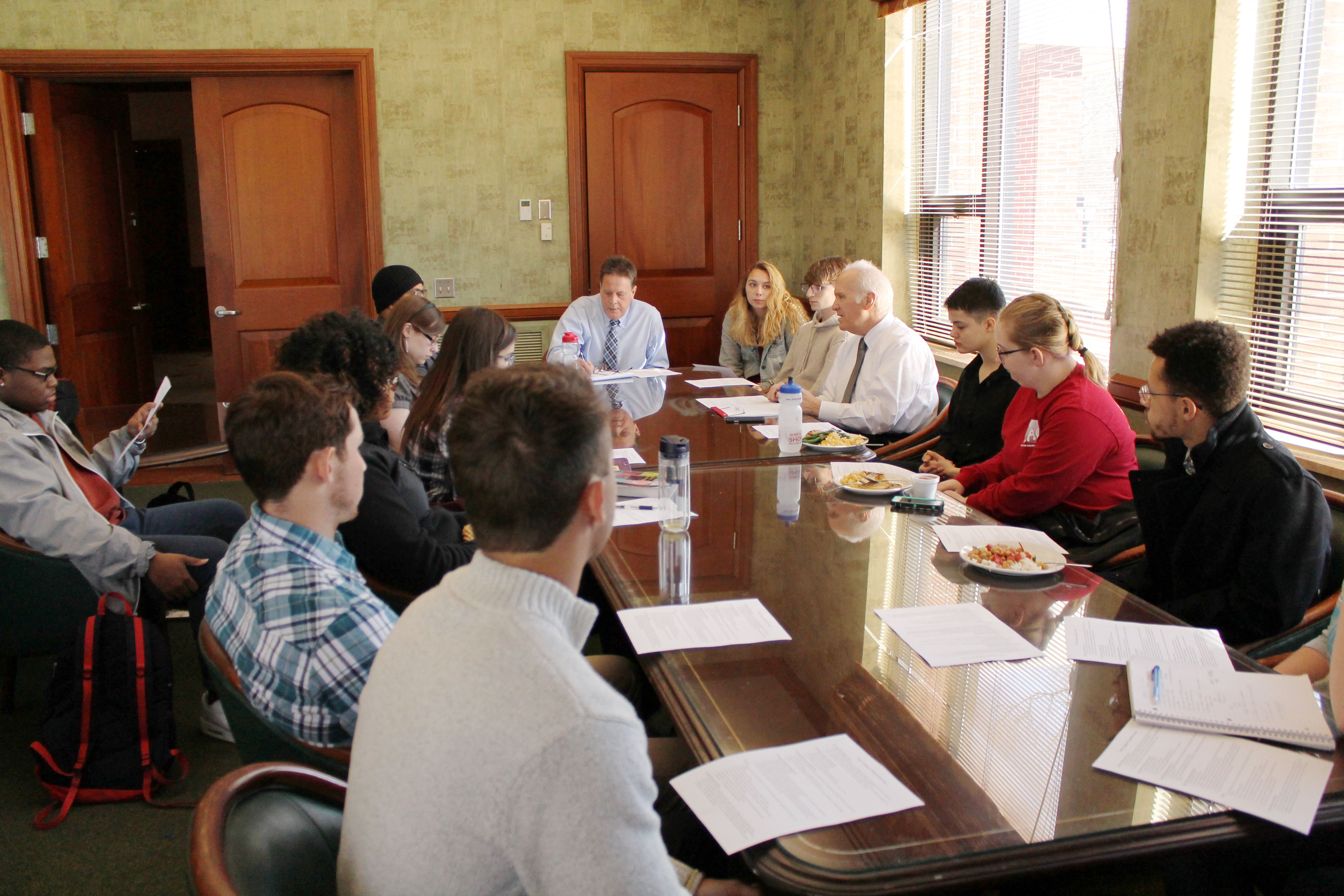 The Culinary Council met for the first time March 15 to discuss recent concerns about the food quality in the cafeteria. The Council is the latest effort put forth by administration to address concerns and feelings of discontent among students and faculty regarding the cafeteria.

Questions about food quality first arose after photos, allegedly taken in the dining center’s kitchen, were released on social media. The Marlin Chronicle published a story on the incident along with photos taken by a Marlin Chronicle section editor of the kitchen in The Grille.

According to the VWC Culinary Council overview, the purpose of the organization is to “assist campus dining in gaining accurate insights into student expectations and their views about our services, menus, food quality, customer service and overall dining experience.”

Additionally, the council will work to identify student lifestyle trends and implement ways to integrate them into the dining experience.

Heading the meeting was District Manager of Sodexo Mike Greenfield, General Manager of Dining Services Tim Lockett and Vice President for Student Affairs Keith Moore. Also in attendance were 17 students, the first members of the council.

Greenfield stated that he was pleased by the turnout and thought that student participation was the most important component of the council.

“It is your dining program,” Greenfield said. “So you need to have a say.”

The focus of the first meeting was introducing members and ascertaining everyone’s goals for the organization’s future.

“I’m interested in doing this because I think there’s not a lot of communication between students and staff,” sophomore Melissa Fisher said.

Chavez also stated that she’d like to see students enjoying their meals again.

“I think there’s not a lot of variety,” sophomore Amber McDonald said. “Having a voice for students…is something that’s really important.”

Many were concerned about the lack of balance between the different types of meals. They stressed that there should be multiple choices for athletes, vegetarians, students with allergies and those with food restrictions. It was also brought to the council’s attention that gluten-free and diabetic-friendly meals are nearly nonexistent in the dining centers.

Other conversations revolved around the cross-contamination between food stations and sanitation concerns, such as dirty silverware and tables.

Of the highest importance to students were increased variety in foods and healthier options. Several members stated their preference for fresh fruit and raw vegetables as opposed to canned fruit and overcooked vegetables.

“I don’t want to dread coming to the caf to get food anymore,” one student said.

“No more chicken and rice,” another said.

Greenfield and Lockett discussed the possibility of transitioning several stations from mass food production to cooking-to-order.

This means that food would be prepared after a student places an order, instead of being prepared beforehand. Currently, the cafeteria mass-produces the majority of its food, while The Grille is strictly made-to-order.

The council discussed other possible solutions to solve student complaints and ways to preemptively address concerns. Suggestion boxes, comment cards, customer advocates, a more consistent use of social media and structured menus were all considered.

Another issue, although less pressing, was the environmental friendliness of the dining services.

Greenfield said it was President Miller’s wish to address this in the future. A new to-go system in the cafeteria will soon be introduced as part of the effort to increase Virginia Wesleyan College’s environmental sustainability

Starting next fall, students will purchase a reusable takeout container. Each time they wish to get their meal to go, students will trade in their dirty container for a clean one.

The next meeting of the council will be held in April, during which time the members will tour the kitchen and discuss its capabilities and limitations.

In the future, members will also have the opportunity to test recipes and products, work directly with the chefs and participate in excursions to neighboring institutions in order to compare and contrast food options.

“This is a starting point so we can really hit the ground running,” Greenfield said.

“We’ll keep working at it,” Lockett said. He encouraged members to work toward creating the dining services they want.

For attending this and the next meeting, student members will be given a $50 Amazon gift card. Starting next fall, students who attend meetings regularly will be compensated with a $200 gift card at the end of each academic year.

Culinary Council meetings are open to any student, faculty or staff member, but voting is limited to current members.

Members must be residents or commuters enrolled as full-time students, have no honor code violations and submit a written request and application to the General Manager of Campus Dining Services.

Students and faculty are encouraged to contact Greenfield with any questions or suggestions at Michael.greenfield@sodexo.com.