Green explained how her own history: studying theater at Virginia Wesleyan, her decision to be a dramaturge and her experience in theaters across the country impacted her current life. Dr. Sally Shedd said, “I noticed the way she approached plays, so I introduced her to dramaturgy.” Shedd explained that the most important factor in determining how a play will be performed is a combination of the director’s vision and the content of the play itself. If one doesn’t match the other, allowances must be made.

Green described why theater historians find elements of colonialism in many of Shakespeare’s plays, especially “The Tempest.” She used “The Tempest” character Prospero’s banishment to a remote island as an example.

Once on the island, Prospero embraced the same system that got him kicked out of the previous society, exerting his influence over the inhabitants, reminiscent of slavery.

What’s unclear, Green said, is whether Shakespeare was advocating for or making a statement against colonialism. “The Tempest” was written only a few years after the settlement of Jamestown, so the argument could be made that “The Tempest” was supposed to be a cautionary tale.

Green also lamented the lack of diversity in theater management, especially at the professional level. In the past three years, almost 30 art directors have retired from their respective theaters. While many theaters claim to be fair and equitable in their hiring practices, Green said they have yet to show it. “People don’t think that theaters are watching, but we are,” Green said. 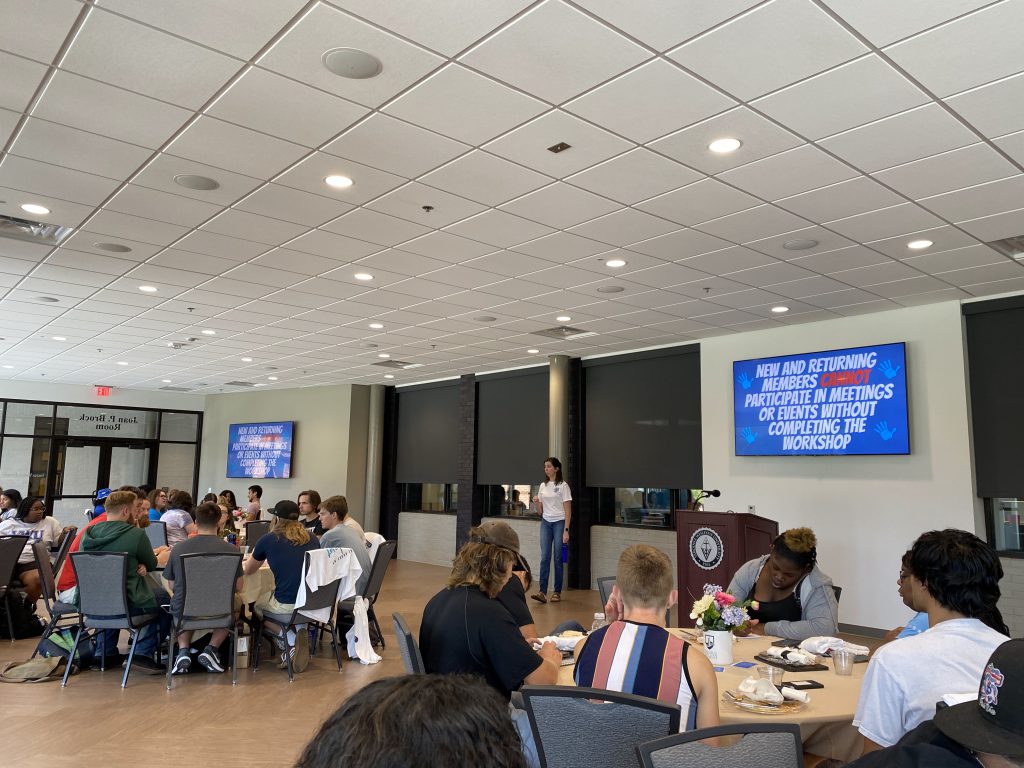