Two weeks ago, Virginia Wesleyan University installed seventeen computers and terminals, along with MIDI controllers, in the new Digital Media Lab located in the recently renovated Susan T. Beverly Hall. The new addition to Beverly Hall “will have classes taught in it starting in the fall of 2021,” Director of Choral Activities and Chair of the Fine and Performing Arts Department Bryson Mortensen said. The Digital Media Lab was made possible by generous grants and gifts for the renovations of Susan T. Beverly Hall according to an Instagram post made by VWU President Scott D. Miller.

This new addition will provide more learning opportunities, research opportunities and resources for the art major students here at Virginia Wesleyan. “The idea for the lab was conceived as we finished raising money for the update of the Susan T. Beverly Hall. We spent a lot of time discussing and brainstorming different ways that we could make use of the various spaces in the building, and how we could benefit as many students and as many areas as possible,” Mortensen said.

The lab will provide a multitude of functions as it will mainly host classes for art, theatre, photography and music. Mortensen also stated that the lab includes equipment for students who are interested in learning about virtual reality and sound recording as well as for students who do tech for theatre to learn about various design software. Classes will mostly be taught in a lab format and “there will be additional lab hours for students to work in the lab on their individual projects,” Mortensen said.

Additionally, the lab will also be used by the VWU Esports team. As they already have their own Esports Arena located in the Jane P. Batten Student Center, the new digital media lab will also serve as additional space for the team in the coming future. “The team would primarily be using this space to allow for more practice availability, as we currently support teams for three different games. Allowing these players to have adequate practice can pose a challenge at times because of match schedules as well as the class schedules of our players. Also, with our concern for the safety of our players, this allows for appropriate spacing during the pandemic,” Assistant Director of Enterprise Resources and Director of Esports Glenn Johnson said.

The new lab allows for Esports to host their live streams or matches there, “however, we will primarily host our streams from the Esports Arena,” Johnson said.

“Our goal as we designed the digital media lab was for it to be something that is useful for as many areas of the arts as possible…this space used to be the Studio Theatre, originally used for acting and senior capstones, as those classes move to the Hofheimer Theatre, this was a natural transition for the space,” Mortensen said. 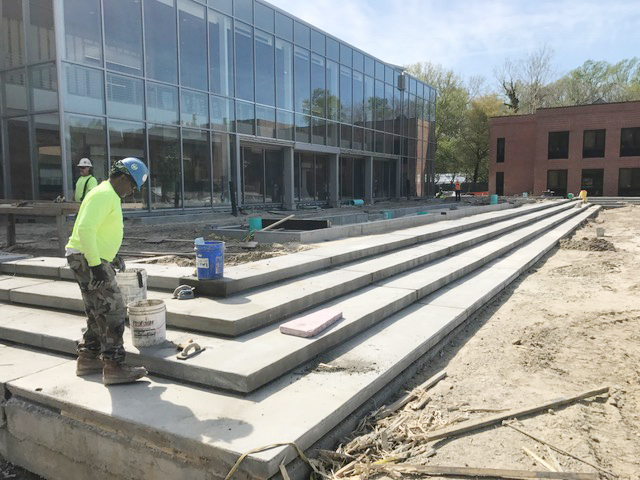