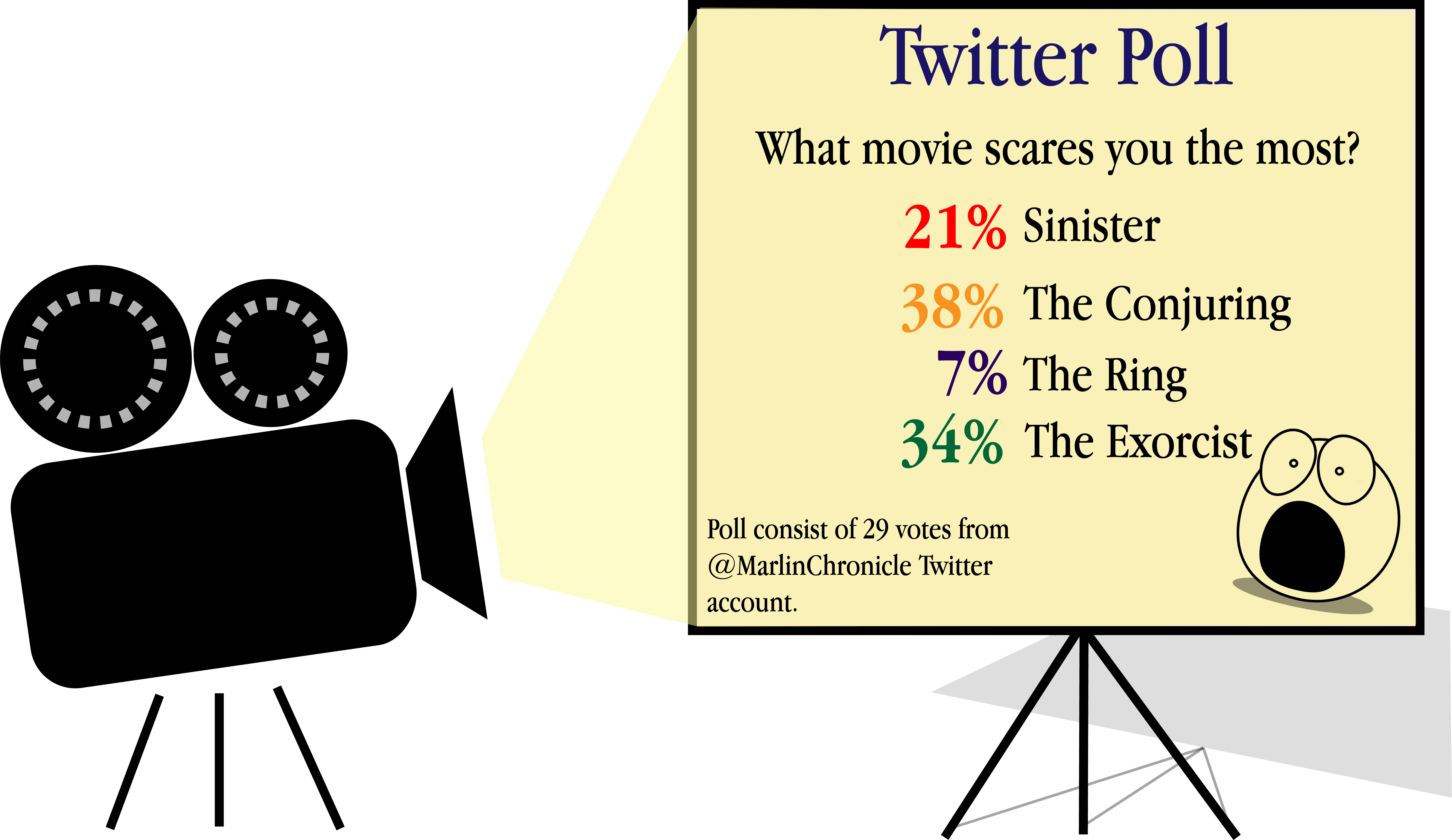 As Halloween approaches there are some brave souls that celebrate the season by watching their favorite scary movies. It’s a time for horror magic and mysticism. These cold days are perfect for heating up some popcorn, eating that early Halloween candy and scaring the soul out of your bones. It builds character. If you so dare take the challenge, try to binge these top four horror movies this month. There was a fifth, but twitter killed it in Halloween spirit. Enjoy. And maybe sleep with the lights on for a while.

#4: “Friday the 13th” This franchise is the essential warmup/cool down movie. It’s wacky and campy. Something to clean the palette in between movies or to get you in the horror watching mood or when you’ve watched that seriously traumatizing movie before and you need something not so serious to take the edge off. The kills are ironic and the older ones really had some dramatic tension between the protagonist and Jason.

#3: “Sinister” Possessed children parricide a horrifying boogeyman looking to steal the souls of kids’ parents and enough jump scares to shake a knife at. Sinister has it all. It’s also funny in a way. The characters do everything in a scary movie you’re not supposed to do in a scary movie and pay dearly for it. The ending is bleak, but fitting considering all the dumb decisions the family makes throughout. Skip the sequel. It’s just better if you act as if it doesn’t exist. But the first one is a good, chilling ride to scare the whole family, maybe the parents a little more than the children.

#2: “The Conjuring” There could be argument for “The Conjuring” being number one, and I address the reasons why it can’t be in the actual number one slot, but my goodness if number one didn’t exist, “The Conjuring” would be right there. The story, based on a true story, resembles other movies, but takes a sharp left to stand out from the rest. Spiritual powers, a terrifying demon, and open ending left deliberately for franchising. Even the other two movies and the spin-offs about Annabelle are all decent for the season and are all guaranteed to make you choke on that Halloween candy.

#1: “The Exorcist” The reigning king of horror movies. Based on true events. Simple premise. One possessed demon girl, two preachers, decades of nightmares. It is the movie that defined the entire genre of horror. The movie made people faint/vomit in theatres. There’s a real-life conspiracy that specific high-pitched sounds in the movie made those actions happen. Everybody remembers the first time they either saw or heard about The Exorcist. It is often imitated and heavily duplicated. However, it’s almost like paying respect before/after watching all the new age Horror slasher flicks. It is the Horror grace you say before partaking in the consummation of the scary movie supper. Be all. End all. The perfect movie to scare the life out of you for Halloween.

Honorable mentions go to The Ring, which had so few votes that it’s just believed that not a lot of people have seen it. It comes highly recommended. And according to a majority of the population on campus, “Hocus Pocus” must also be mentioned as an essential Halloween movie, though some feel it doesn’t fit the genre.