As temperatures start to drop in the Hampton Roads area, students at Virginia Wesleyan University are preparing for the Halloween season. Spider webs and pumpkins adorn the entrances of dormitories, while some residents decide what costumes to wear.

Skylar Mao, a sophomore from Ningbo, China, marveled at costumes and decorations as she looked around at the Halloween store.

“Do you think I should get this?” she asked, holding a small basket that looks like a pumpkin. “Last year, we carved pumpkins,” she continued, as she talked about how she and her roommates celebrated Halloween.

Mao recalled similar occasions that she and her family celebrated back home. One of them was 中元节, or the Zhongyuan Festival, a Chinese holiday to remember loved ones who have passed away. Once the candles are lit, Chinese tradition states that the spirits would arrive from the spirit world to their homes in order to enjoy the food presented to them, according to Mao.

“We [would] make these meals for people who passed away in our family,” Mao said, adding that there would be 12 different dishes to serve.

Melinda Ideho, a Norfolk resident, celebrated a similar tradition on Camiguin Island, Philippines, where she grew up. Araw ng Mga Patay, or Day of the Dead, is celebrated with a feast in her hometown. A dessert called biko, which is made with sticky rice, is always a staple in these feasts, as families visit and gather in the cemeteries to have picnics, according to Ideho.

“We brought food to leave on top of the grave,” Ideho said. “We usually [stayed] till midnight. Kasi may “Halloween party” din sa loob mismo ng cemetery—parang disco. May mga “live band” din sa loob ng cemetery. Minsan nag yung iba, nagdadala pa ng karaoke. So ang Halloween experience ko is parang fiesta.” [Translation: “We would have something like a Halloween party right inside the cemetery—like a disco. There would would even be a live band playing. Sometimes, some people would even bring a karaoke machine. So, my Halloween experience back home was like being in a festival.”]

Rebecca Schamel, a junior, is also planning to celebrate with a feast alongside her grandparents.

“All the neighbors next door to us will cook something. Then we all go sit down around the table and we hand out candy to kids,” Schamel said.

Audrey Bally, a sophomore from Nice, France, said that she was surprised to see how far in advance people would arrange things in anticipation for the season.

“People are preparing their costume already, like, a month before Halloween,” Bally saud.

Growing up, she would only see people dressed up to go trick-or-treating in Halloween in Hollywood movies, but not in real life. She said that in France, people do not normally celebrate Halloween.

“If you knock on people’s doors, they’d be like, ‘What do you want?’” Bally said.

She recounted her one-time experience of trying to go out as a child with her friends in her hometown in France.

“We didn’t even dress up. We were just planning to look around the neighborhood, at night, on the 31st of October. It was scary,” Bally said.

Some are not planning to celebrate at all.

Adriana Martinez, a Norfolk resident, said that growing up, she and her family typically went to church instead.

“‘Halloween is the devil’s birthday,’ is what we grew up hearing,” Martinez said.

Arianne Corpuz, a Norfolk resident from Pangasinan, Philippines, said that her church held prayer meetings instead of celebrating Halloween. As the first Halloween approaches since her arrival in the States, she said that she plans to refrain from celebrating the holiday to avoid sending mixed messages to the people she knows back home.

“Siguro kung sa church puwede, pero kung sa outside, hindi na. Nakakahiya kasi, lalo ako, naging teacher ako sa mga bata sa outreach ko tapos makikita nila Halloween, so baka ma confuse sila na iba yung tinuturo ko,” Corpuz said. [Translation: “Perhaps if we have a celebration at church, then I would go. But if it’s just a regular celebration outside, then I probably wouldn’t. I used to be a teacher for kids in our church outreach, and if they saw me celebrating Halloween [through social media], then they might get confused, if I taught one thing and practiced something else.”]

Despite the differences in traditions, everyone has a plan for this upcoming Halloween.

“I might be [dressing up as] a frat boy,” said one student.

“I think we’re going to Busch Gardens,” said another.

“Trick-or-treat. Mag susuot ng costume kasi may anak ako.” [Translation: “We’re going to wear costumes and go trick-or-treating because I have a child.”]

What are your plans?

Let us know @marlinchronicle on Twitter and Instagram for a chance to be featured online or on social media. 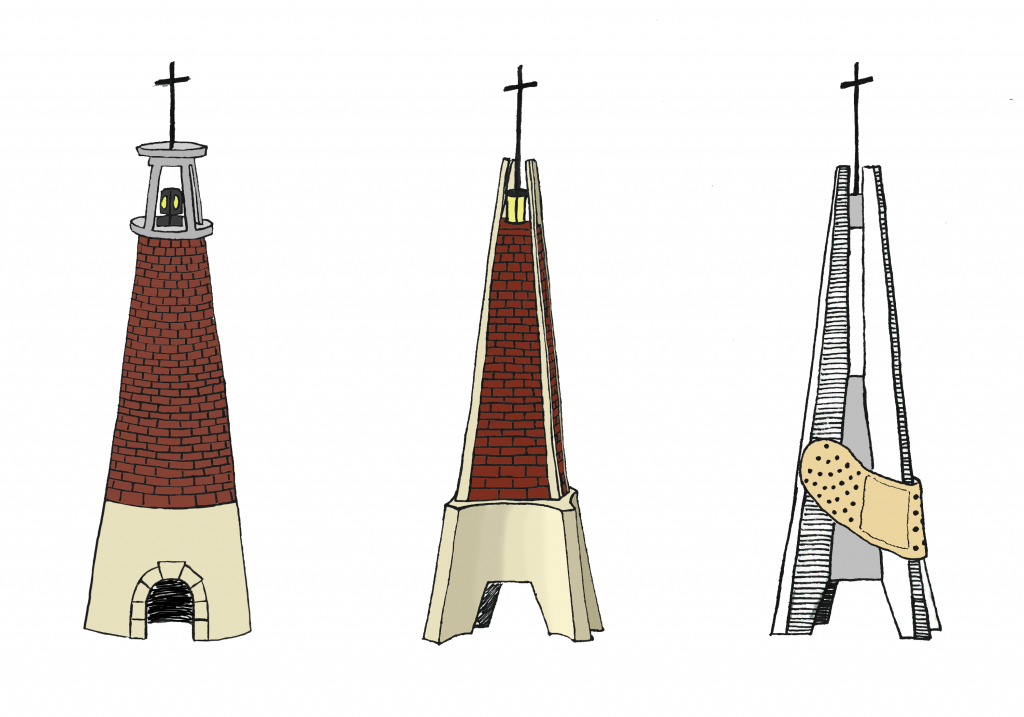