Growing up in the small town of Cheltenham in Gloucestershire, England, Henry West had very limited time in the ocean. Outside of family trips to Cornwall, one of the most popular beaches in England, West hardly ever felt the sand between his toes while listening to the waves crash along the beach.

At 18 years young, West decided to “see if it was like the movies” and attend college in the United States. Knowing very little about Virginia Wesleyan other than the tennis program and the fact that it is a 20 minute drive to the beach, West decided to be a full time student very far from home. After a few months at Virginia Wesleyan, he realized he might have found a passion that matched his love for tennis: surfing.

Always open for an adventure, West decided one day to join two friends for a trip to the beach, not knowing he would be sitting on a surfboard in a lineup of 40 surfers nearly an hour later. “It’s not as easy as some guys make it look, but the first time you stand up on a wave it’s incredible, something you remember for a while,” said West.

Surfing not only took up some of his free time, but then also started to become a lifestyle. Watching videos, reading articles and looking for used surfboards began to become an everyday activity for West. It also had a lot to do with his friends already being deep into this lifestyle. As time went on, West fell more and more in love with it, and bought his first surfboard a month later.

Surfing when he had the chance quickly changed to surfing everyday and scheduling everything else around the tides and waves. Morgan Spiegel, a friend who got West involved in surfing, said, “I wish he could drive here so that I didn’t get texts every 20 minutes asking to surf.” West’s skill and addiction for the sport quickly grew with each other.

Virginia Beach is notoriously known for its spotty waves and long flat spells. So with that comes surfers being out of the water for long periods of time. West quickly learned that when the ocean was quiet, the skateboards came out. Only with a little skate experience, West quickly fell in love with this sport as well. “Although they have similarities, skateboarding brings a whole new set of challenges that I had to overcome,” said West.

One similarity is that both sports involve a lot of falling, but the big difference is one falling on water and the other one falling on cement. “Skateboarding and surfing are so rewarding and they’re really so sick because you can always learn a new trick or work on something new every session,” said West’s friend Collin Innes.

West’s time in America has not only been spent surfing and skating, as West has excelled in the classroom as well as the tennis court. As a member of the Batten Honors College, West focuses on staying ahead in classes. Tennis being a year round sport keeps him busy as well.

Being a three- year starter for the competitive Virginia Wesleyan Marlins has been no easy task. After an incredible sophomore year where the Marlins lost in the ODAC finals to Washington and Lee University, the Marlins return everyone with some great additions to the team as well. “Surfing and skating are so much fun, but when it’s time for tennis that will always be my top priority,” West said.

Spending most of his childhood in and around tennis, West also plans to stay involved in the sport after college. Working alongside his lifetime tennis trainer, Peter Russell, West plans on starting a business that mainly focuses on finding coaching jobs in America for tennis coaches all around the world. West wants to stay involved in tennis, but also has expressed that living near a beach might be a must in the future.

“America has brought me so many good friendships and memories, both in and out of the water,” West said. With a year and a half left in his college career, West plans to enjoy it and continue to do what he loves: surfing, skating and playing tennis. 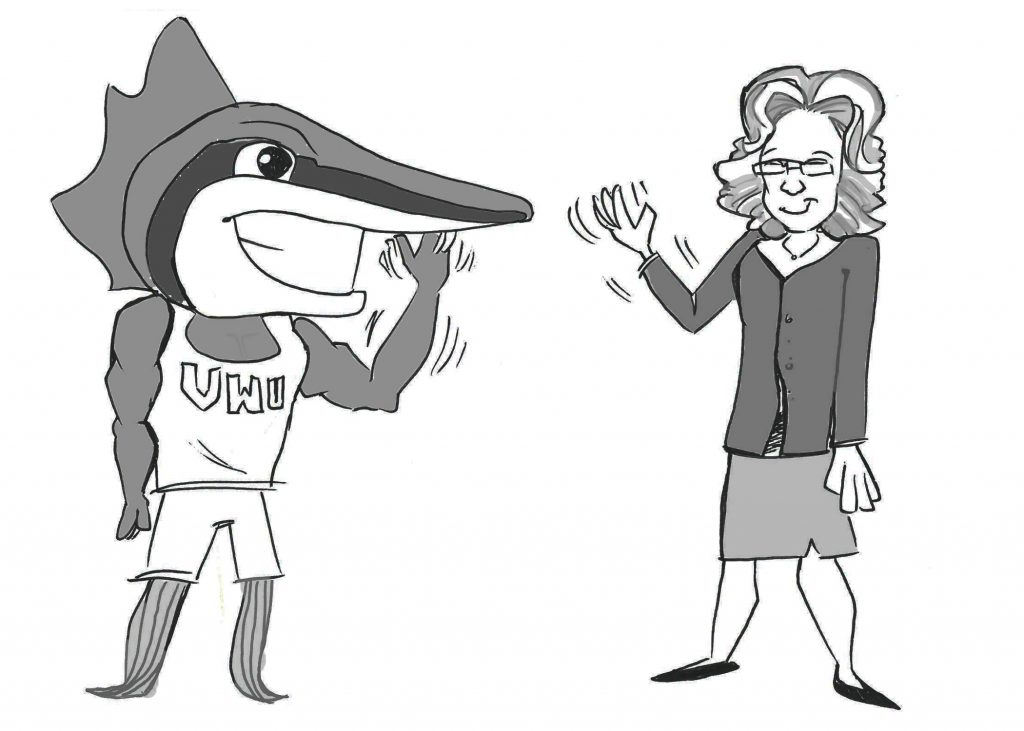