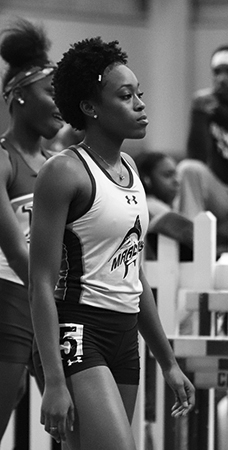 Whether it’s breaking records or propelling the team to a win, freshman track runner Jaylyn Lane is a force to be reckoned with. Although she is only a freshman, her confidence and leadership would strike some to infer that she was a senior.

Lane currently sits at the top of the ODAC for the long jump and the triple jump. In the long jump she leapt 5.24 meters at the CNU Holiday Open, and then in the triple jump she earned a mark of 11.04 meters at the Captains Invitational. In addition to her jumping success, she also is currently fifth in the ODAC standings for the 200-meter with a time of 26.80 from the CNU Holiday Open.

Track is something that Lane has an unbelievable love for and it shows in her results on the track.

“I honestly just like running because it makes me feel free, and I like competing so that competition makes me feel good, especially when I perform well because of my training. I’ve been doing it since I was about 9 now, so it’s pretty natural,” Lane said.

Starting at a young age has helped Lane grow naturally as a runner and become accustomed to it as if it were second nature. In addition to her feeling of freedom and love for the sport, her passion has yielded prolific results.

Lane’s teammates are in full support of her and are unbelievably proud of the things she has accomplished so far this season. Lane’s passion for the sport and willingness to leave it all out there in every meet has helped give the women’s track team a plethora of success this season.

With her teammates in her corner, Lane feels as if they contribute tremendously to her success. Although she may not be running, her teammates have had her back the entire time and supported her.

“I give my teammates a lot of credit because having your teammates there makes it that much better and easier. I also like to see them able to compete and do well too and it gives me a chance to encourage them,” Lane said.

Senior Alizae Dollins is a veteran runner who holds school records herself and sees the potential in Lane.

“It is a pleasure to be Jaylyn’s teammate, as one of the captains of the team I take it as my duty to connect to each of my teammates on a personal level. Jaylyn scores in every single one of her events. She is our strongest leg on our relays and always competes at a high level,” Dollins said.

The women’s track team is coming up on the ODAC tournament on Feb. 24 and hope to see Lane right there with them. Lane’s dominant first season as a Marlin thus far has proven that she will be a staple for the track and field program. Already breaking records as a freshman, Lane has the potential to be a pivotal piece to the success of the team in years to come. 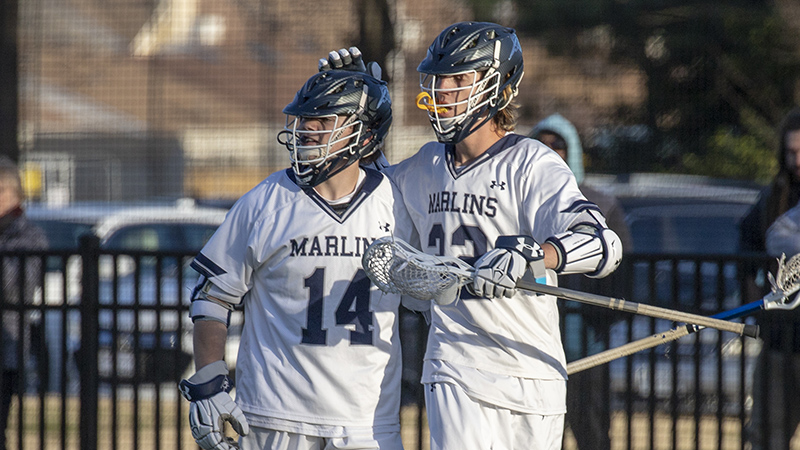