The disease is often overlooked and mistaken for something else, but, readers, beware! It is on the rise in Virginia.

Lyme disease, the disease transmitted to humans by deer ticks, and it is rapidly becoming a major concern for Virginia residents.

From 2012 to 2013, the number of confirmed Lyme disease cases in Virginia rose by 120, according to the Centers for Disease Control and Prevention (CDC). In Virginia, 382 cases remain unconfirmed but are considered probable cases of Lyme.

The disease often has signs and symptoms that can be confused with other diseases. Even worse, the disease can be asymptomatic, causing people to be unaware that they have it.

A list from the CDC of some signs and symptoms of Lyme disease includes a ring-shaped rash, usually resembling a bull’s-eye, that may occur within 4 to 30 days of being bitten by a Lyme-disease-infested deer tick; as well as fever, chills, headache, stiff neck, muscle aches and pains.

According to news-medical.net, Lyme disease was first recognized in 1975 in Lyme, Conn., after a considerable number of young children had been diagnosed with juvenile rheumatoid arthritis. Researchers were able to conclude that the arthritis was being caused by Lyme disease, which the children contracted from tick bites as a result of playing in deer tick-infested woods. Since 1975, reports of Lyme disease have increased significantly.

This disease can be a major concern for Virginia Wesleyan students. Through the office of Rec-X, many students are involved in activities, such as camping and hiking trails, that could potentially increase their risk of contracting the disease, since those activities are often in or surrounded by wooded areas. Even living on campus in Village III or Village IV raises concern, since they are near wooded areas.

Though there have not been any confirmed cases of Lyme disease acquired from Virginia Wesleyan College’s campus, Covington was adamant about students checking themselves both in places that are visible to them and places that are not visible. She recommended having another person check areas that are not easily seen, such as on the back of the neck or in the hair.

Since there have not been any confirmed cases of Lyme on VWC’s campus, the disease may raise little to no concern among students in the community.

“I’ve lived around wooded areas my whole life and have never been bit by a tick, so it doesn’t concern me at all,” said sophomore Andre Brummitt, who lives in Village III. He said he wouldn’t consider switching to a school outside Virginia just because of the increase in Lyme disease here.

However, it is important that students be aware of the disease and take precautions, especially in wooded areas like the ones that surround Village III and Village IV.
Currently, information pertaining to Lyme disease is readily available in the Health Services Office, so students can educate themselves on the matter.

Covington said that if students have a suspected bite from a deer tick, they should definitely come to Health Services or see their physician to get it checked out.
It isn’t a potential threat just to students who reside on campus, but to commuters as well.

“It concerns me even though I commute,” freshman Stephanie Mcdermott said. Mcdermott was previously unaware of the disease, but said, “I like it here. Unless it got really bad, I wouldn’t move.”

Living with Lyme is a proven difficulty. The disease can affect a person’s nervous system, heart, and even joints. Daily, non-strenuous activities become difficult when living with Lyme.
To prevent contracting Lyme disease, the CDC recommends that people wear protective clothing with tight collars and cuffs, use effective insect repellents, have animals wear tick-repellent collars, inspect skin effectively and efficiently, and completely remove any ticks that are discovered.

If you find a tick on your body, do not panic; however, the CDC recommends  a doctor’s visit if you develop a rash or fever within several weeks of removing a tick.Be sure to tell the doctor about the details of the tick bite, especially when the bite occurred and where you most likely acquired the tick. 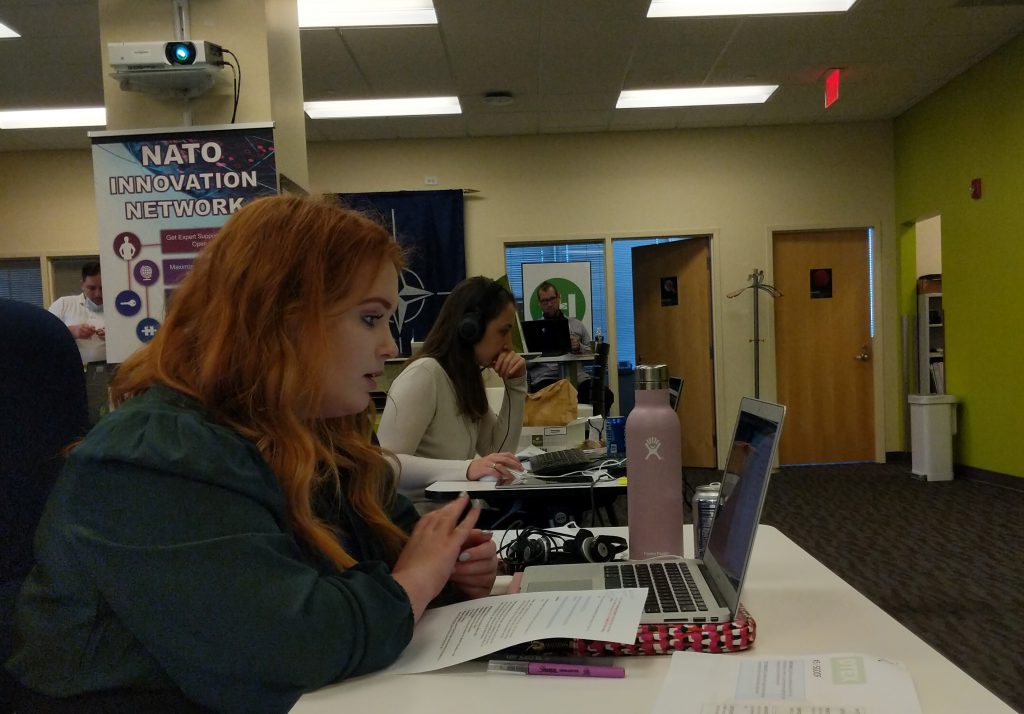