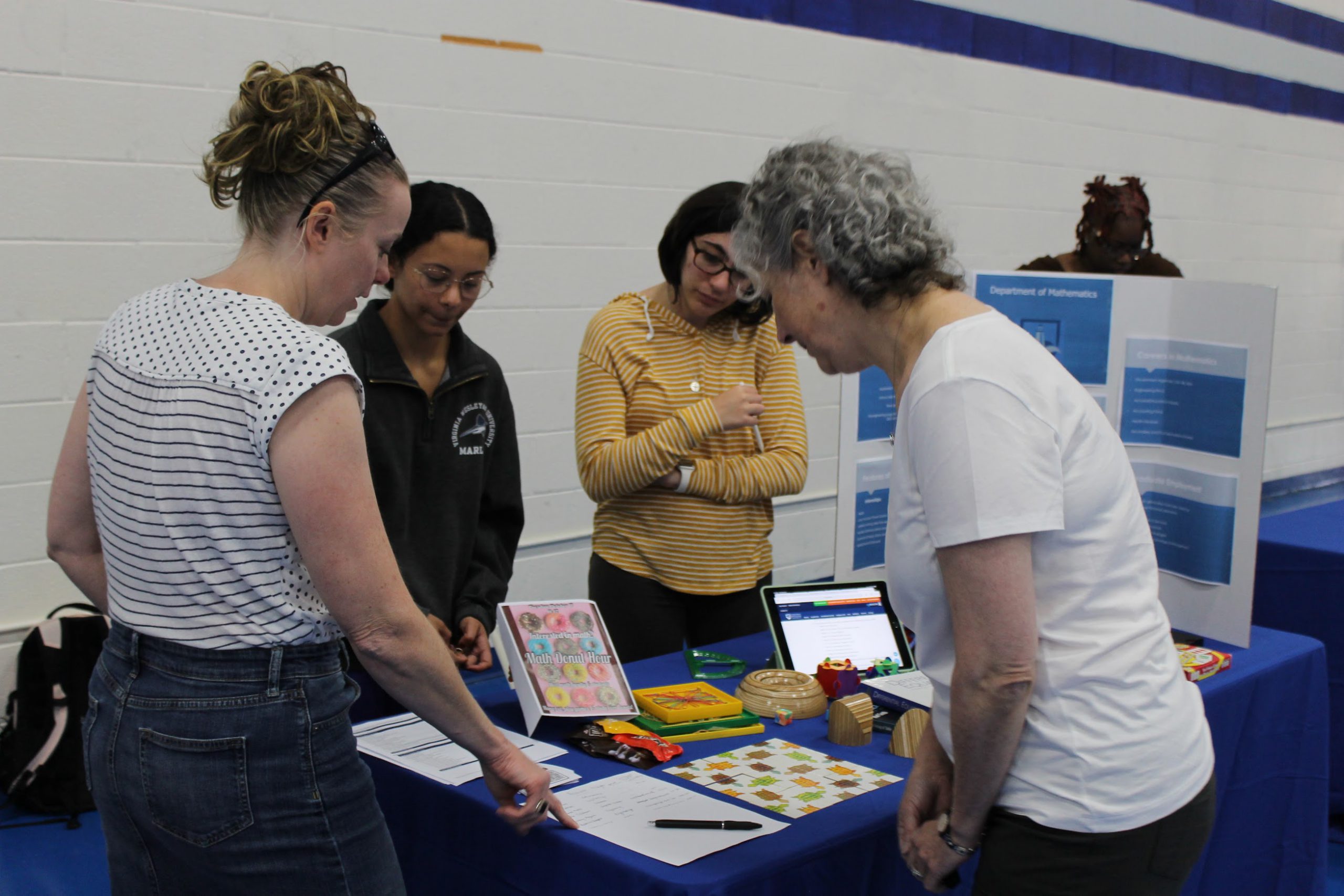 Choosing a major and any potential minors can be stressful for students. There is a lot of pressure to pick the right fit for the situation while also making sure it is something you will enjoy. On Wednesday, Sept. 28 from 11:00 a.m. to 2:30 p.m., the Wesleyan community came together to help make that decision a little easier for anyone who needed the help.

The CMAC in the Batten Student Center was filled with more kinds of M&M’s than just the candy-coated chocolate sweets as professors, advisors and students set up tables to represent all the different kinds of majors and minors offered at the university. Colorful packets of candy M&M’s did exist at every booth though, too.

Undeclared students, those of all grades, and anyone else interested in finding out additional information about any of Wesleyan’s 42 majors, 31 minors or 19 pre-professional track offerings were welcome to peruse the ring of tables. This was thanks to the set-up efforts of both the Learning Center and The Lighthouse Center for Exploration and Discovery in making the Major & Minor Exploration Fair happen.

One such department of majors and minors represented there was Computer Science, a vocation becoming more popular as advancements in technology become more frequent. Ash Dobrenen, a senior student, was the ambassador for the program, giving information to any students interested.

The Major & Minor Exploration Fair gave them the opportunity to talk in person to students about the newer Cybersecurity minor and even off-campus activity opportunities like the Hampton Roads Datathon that happened on Sept. 16.

Being able to have this face-to-face interaction allowed Dobrenen to express their passion better than if a student just looked up information online. They said that they “enjoy foreign languages a lot and computer science is just like a foreign language except it’s just written instead of spoken.” They are excited for the growth of the program that has happened and is to come.

Freshman Abby Villacrusis agreed with the efficiency and functionality of the Major & Minor Exploration Fair that Dobrenen conveyed.

“It was really nice to be able to go around and talk to people specifically involved in each major,” Villacrusis said. The face-to-face aspect made it easier and more interesting to get information.

The design of the event also made it conducive for her experience. A strategy Villacrusis and her friend employed while at the fair was that they “did a loop of all the tables.” Having different interests in both STEM and the humanities prompted them “to go to everything just to get a feel for everything.”

One of the more visited tables at the fair was the Management, Business, and Economics Department. Excited to talk about the experience of a Business major, senior Logan Woolcock stated that a highlight of the program is the professors.

“They’ve done a lot of things in the field before coming to teach, so they have not only the experience of being great instructors but they’ve been there themselves,” Woolcock said.

Dr. Michelle Vachris, chair of the MBE department and director of the program, agreed with his statement.

“We have the real life experience and that is infused into our curriculum through the experiential learning of things,” Dr. Vachris said.

Professor Frank Futyma was eager to talk about one such experiential learning event the MBE Department runs every year. He said, “The Business Conference is a Wesleyan Tradition,” and it consists of “student competitions, guest lecturers, workshops, and guest speakers.” The fair enabled him and his Business counterparts to inform more people about this opportunity to get involved with the program.

Another experiential-oriented department represented was the Arts. Ceramics and sculptures Professor Phil Guilfoyle expressed that “when students’ brains are wracked, they can come over and explore their creativity in our art classes.”

He was confident in saying that “anyone can come take our art classes” regardless of skill level. He especially made sure to mention to students that Arts classes were good options for General Studies requirements and upper level Humanities slots.

Overall, the Major & Minor Fair was a bustling hub of activity that allowed those who chose to attend the opportunity to talk with all sorts of people. Freshman Anna Greenleaf especially enjoyed the experience, giving the advice that “even if you’re dead set on a major or minor, go anyway.”

The mixture of current students and faculty members that she was able to converse with and get information from was useful for her, and she was thankful to have received the information that she did. 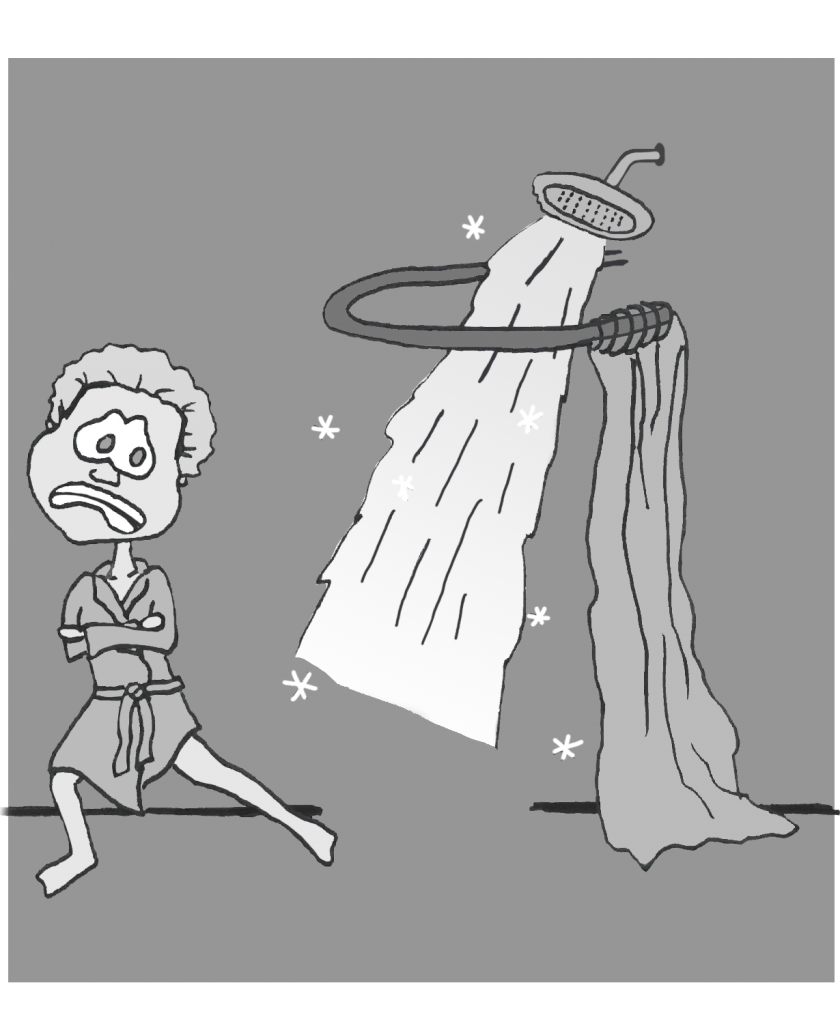 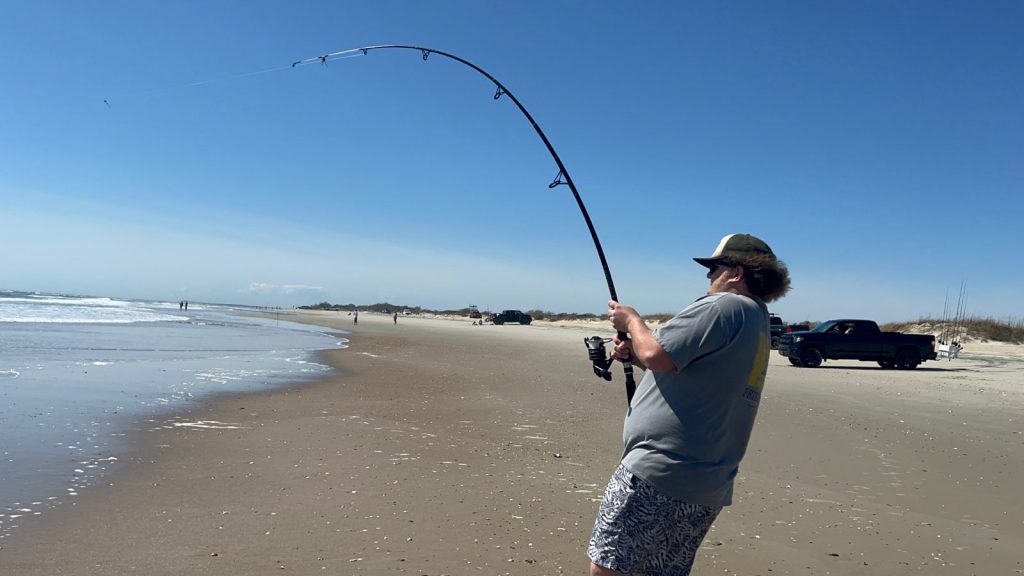