Tech companies such as Amazon and Facebook cause humanitarian concerns.

Many think of new technological advancements as blessings, but what if they’re simply wolves in sheeps’ clothing? Recent controversies with internet-based companies, such as Facebook and Amazon, beg the question whether or not such companies should be regulated. I say that changing climates call for changes of policies.

Recently, Amazon has acquired Whole Foods, a grocery store centered on providing healthy food options. In the spirit of full disclosure, my mother was an employee of Whole Foods before the shift and continues to work for them today. This colors my perception of Amazon. This acquisition is in addition to Amazon purchasing The Washington Post several years ago. So far, Amazon has made its way into two major industries, grocery and news, and has put countless others in jeopardy. Toys ‘R’ Us stated its reason for bankruptcy was lack of consumers as a result of one-stop shop online companies, such as Amazon, as well as business such as Walmart and Target. I think it’s time to put a stop to Amazon’s apparent quest for domination of all industries. If government officials do not put regulations on Amazon, we are destined for total monopoly as the company drives those in a variety of industries into the ground.

Furthermore, as Amazon acquires new companies they develop businesses more reliant on technology than ever before. Amazon is working to develop cashier-less grocery stores. Recently, the company has launched a pilot store with no cashiers in Seattle, Washington called Amazon Go. Is this the direction it’s looking to go with Whole Foods? At a local Whole Foods, Amazon is piloting a program where Amazon customers can purchase their groceries online and have them delivered straight to their doorstep. With such measures, Amazon is making the position of cashier virtually obsolete.

If Amazon is able to perfect these business models they’re experimenting with, I wouldn’t be surprised if other companies followed suits by developing similar checkouts. This would force millions of cashiers out of their jobs as stores rely on computers and potentially small teams of computer-savvy individuals to maintain the systems. What else is out there for these cashiers in an economy where they’re no longer needed? What about cashiers who do not meet the credentials for other forms of work? What will become the new stereotypical first job for teenagers? Amazon’s apparent desire to get rid of cashiers demonstrates a greater care for profit than people. It shows the company’s greater love for metal than man.

I believe Amazon mimics the organizations found in many works of the dystopian genre. Amazon is exactly the form of entity that shows such as Doctor Who, movies such as Blade Runner and authors such as Ray Bradbury, Lois Lowry and Suzanne Collins have tried to warn us about.

Personally, as a result of their poor business practices focused more on profits than people, I have chosen to boycott Amazon. I refuse to give my money to a company that would value money more than my fellow human beings. Amazon may be convenient, especially for us college students, but aren’t the livelihoods of others more important than our momentary convenience? We do not have to wait for the federal government to develop new monopoly laws geared for the modern day. We can start changing the course our society and take a stand together for a better tomorrow.

The recent controversy surrounding Facebook proves a need for tech company regulation in other respects. Political firm Cambridge Analytica used information from the Facebook accounts of over 50 million users to gauge voter personalities and interests in the most recent presidential election. This scandal has opened up a floodgate regarding other Facebook security concerns. As a result of the scandal, the net worth of Facebook founder Mark Zuckerberg dropped billions of dollars in a matter of two weeks. When on trial, Zuckerberg himself recognized the necessity of regulating tech companies. “I actually am not sure we shouldn’t be regulated. I think in general, technology is an increasingly important trend in the world and I actually think the question is more, what is the right regulation, rather than ‘yes or no, should it be regulated?’” Zuckerberg said in an interview on CNN. If even the Facebook founder himself agrees with the concept of regulating tech companies, why shouldn’t we?

If you’re not scared by the thoughts this article has hopefully stimulated, perhaps you should be. 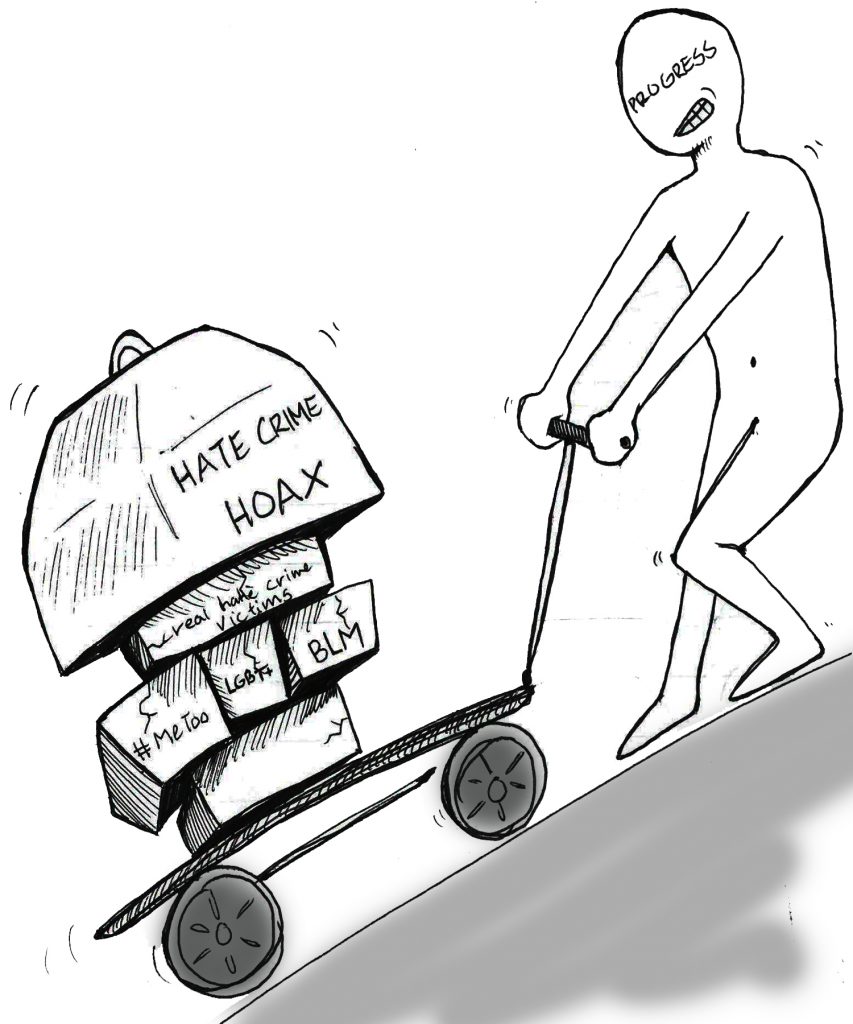