Without providing any public explanation, the college has separated from Director of Student Activities, Greek Life and Commuter Services Jennifer Mitchell. According to eyewitnesses, security escorted Mitchell off campus Feb. 3. Administrators confirmed that she is no longer an employee, but repeatedly refused to disclose any further information to help the students or faculty understand this sudden change.
“It’s an employment matter and we need to keep that information confidential,” said Karla Rasmussen, director of Human Resources. “If an employee resigns or if an employee is released, we do not typically do formal announcements. Again, it’s to protect the confidentiality behind the reason for the separation, whether it’s voluntary for the employee or not.”
Students in several areas are directly impacted by Mitchell’s departure. The position, according to Vice President for Student Affairs and Dean of Enrollment Services David Buckingham, covers four areas of responsibility: the Wesleyan Activities Council, Greek life, clubs and organizations, and commuter services. Buckingham said he does not anticipate redefining the role with a new director.
“Jenn did great things for VWC and will be missed,” said 2013 alumna Megan Williams, who served as vice president of Alumnae and Heritage for the Alpha Sigma Alpha sorority and was a self-proclaimed supporter of all Panhellenic and WAC events.
Rasmussen would not confirm the dates of Mitchell’s employment, only that “she was an employee” and “she is no longer with the college.” Buckingham added that Virginia Wesleyan does not respond to the reasons why an employee leaves the college, calling it “a private matter and not something that we discuss with others.”
Mitchell’s Facebook page publicly shares her work history, including three positions at Virginia Wesleyan: director of Student Activities, Greek Life, and Commuters, starting in January 2011; acting director of Student Activities, Greek Life, and Commuters from August 2010 to January 2011; and Student Activities and Greek Life coordinator from May 2006 to July 2010.
“I wouldn’t wish being fired on anyone, but I don’t think she was right for the position,” said a senior member of Greek life who spoke on the condition of anonymity. “I felt that she was preferential and a lot of people had experienced trouble working with her. I hope we can find a great replacement who will be more equipped to handle student affairs.”
Mitchell graduated from VWC in 2006, and is a member of the Sigma Sigma Sigma sorority. Some students expressed concern about how her personal connections with VWC and Greek life may have presented a conflict of interest in her role as director of Student Activities, Greek Life and Commuter Services.
“I felt that Jenn’s role could have been better served by someone who had didn’t have as many personal ties with students on campus, as well as less on their plate,” said Sigma Sigma Sigma alumna Rachel Balsley. “Jenn was a student here, and president of my sorority, just a few years back, putting her in a leadership role above students she had close friendships with. That led to, in my opinion, inappropriate relationships between her and students, which happens often on our small campus and it will continue to happen until the proper people fill leadership positions.”
“As most people would be able to attest, no matter how hard you try, it’s near impossible to remain unbiased toward organizations that you pour so much effort and time into,” said Williams. “People are going to assume you have a preference and bias, regardless of how hard you try to remain neutral.”

“A person who is unaffiliated and unbiased in the position would ease tensions between organizations and even create more ease and less stress for the person in that job position,” Williams added. “My only hope is that they fill the spot with an individual who is not affiliated with a Greek organization that is present at VWC.”

Buckingham met with affected campus groups throughout the week following Mitchell’s exit. On Wednesday, he spoke to presidents of student organizations as well as leaders of the Wesleyan Activities Council. After acknowledging that Mitchell “is no longer here,” he announced that current Student Activities Coordinator Devin Cowhey “is becoming full-time in managing the office.”

The national search for a replacement “will probably get under way in a short period of time,” but no specifics have been determined yet, according to Buckingham.

Like Williams, many students have input on things the college might consider when reviewing candidates to fill the position. Treasurer of the Phi Kappa Tau fraternity, Chris Kerr, worked closely with Mitchell during his tenure as president of the Interfraternity Council in 2013.

“I believe that this school put way too much obligation on her shoulders, so there was no way that she could possibly be as helpful to everyone as they expect,” Kerr said. “The school needs to make sure they are hiring someone who is not only qualified, but also has a wealthy portfolio when it comes to dealing with student activities. Hiring someone with a lot of experience does not necessarily mean they will be able to deal with our school.”

During the meeting, Buckingham clarified that Cowhey will be the office’s main point of contact, and students should go to her with any matters that Mitchell might have previously handled.

“My focus, and I would ask that your focus, would be on moving forward and working on the activities and programs and meetings that will be occurring in the days and weeks ahead for the balance of the semester,” he said.

Requests for comment from Cowhey and several highly involved members of WAC were declined. Messages left for Mitchell were not returned. 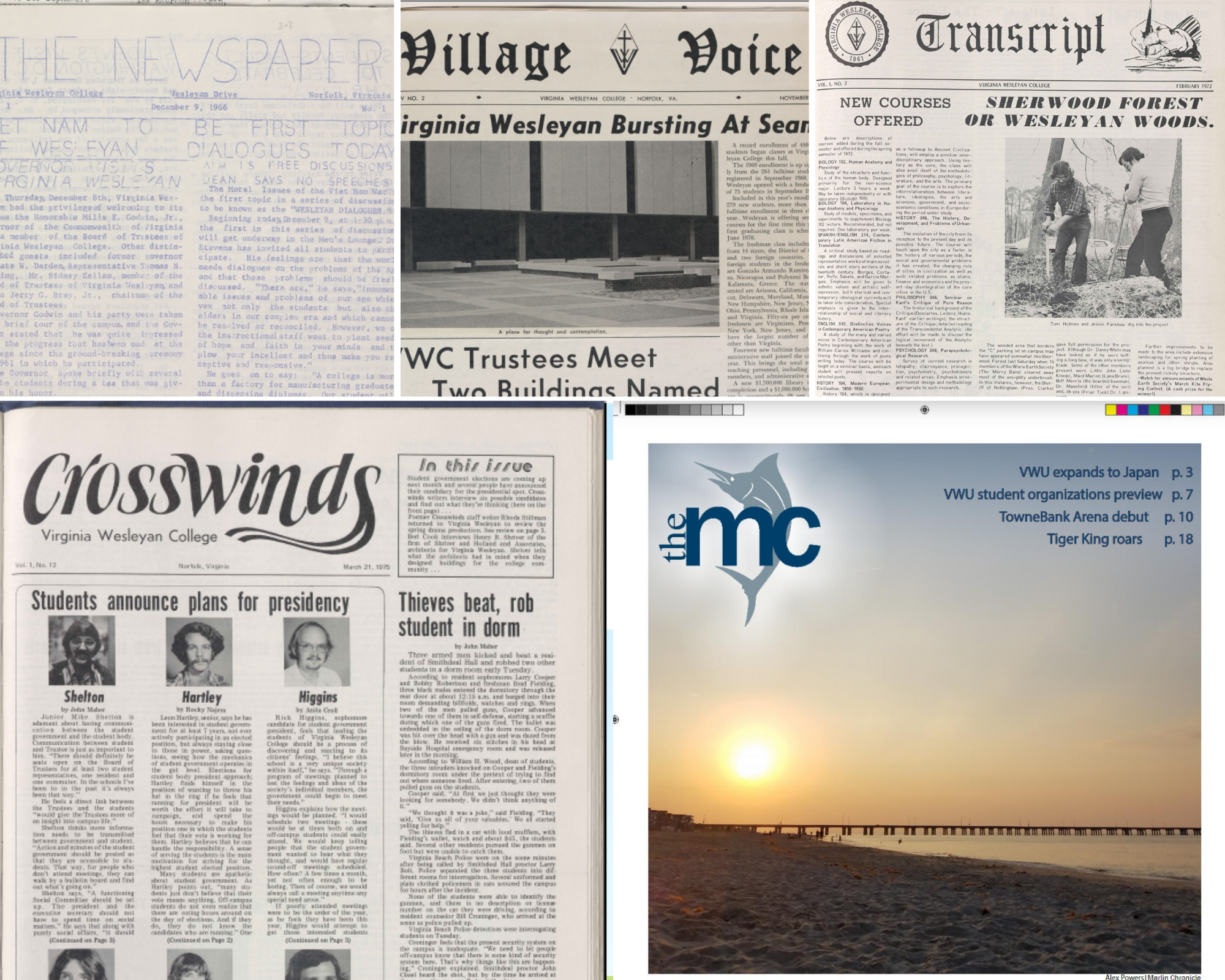 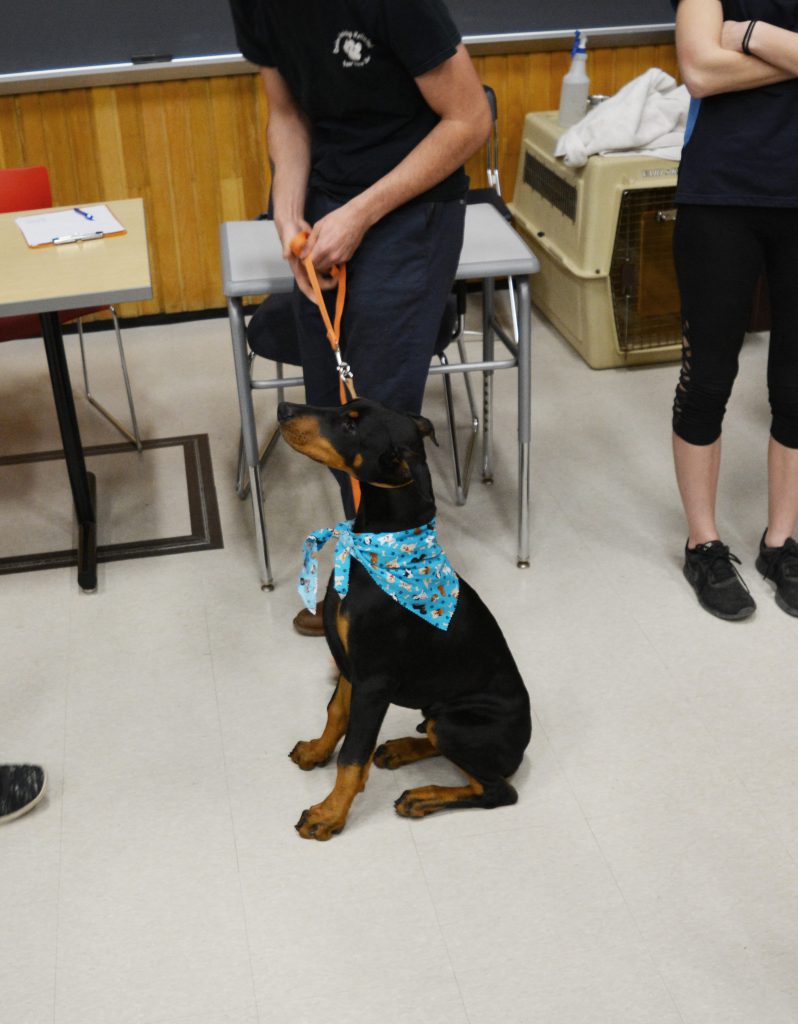