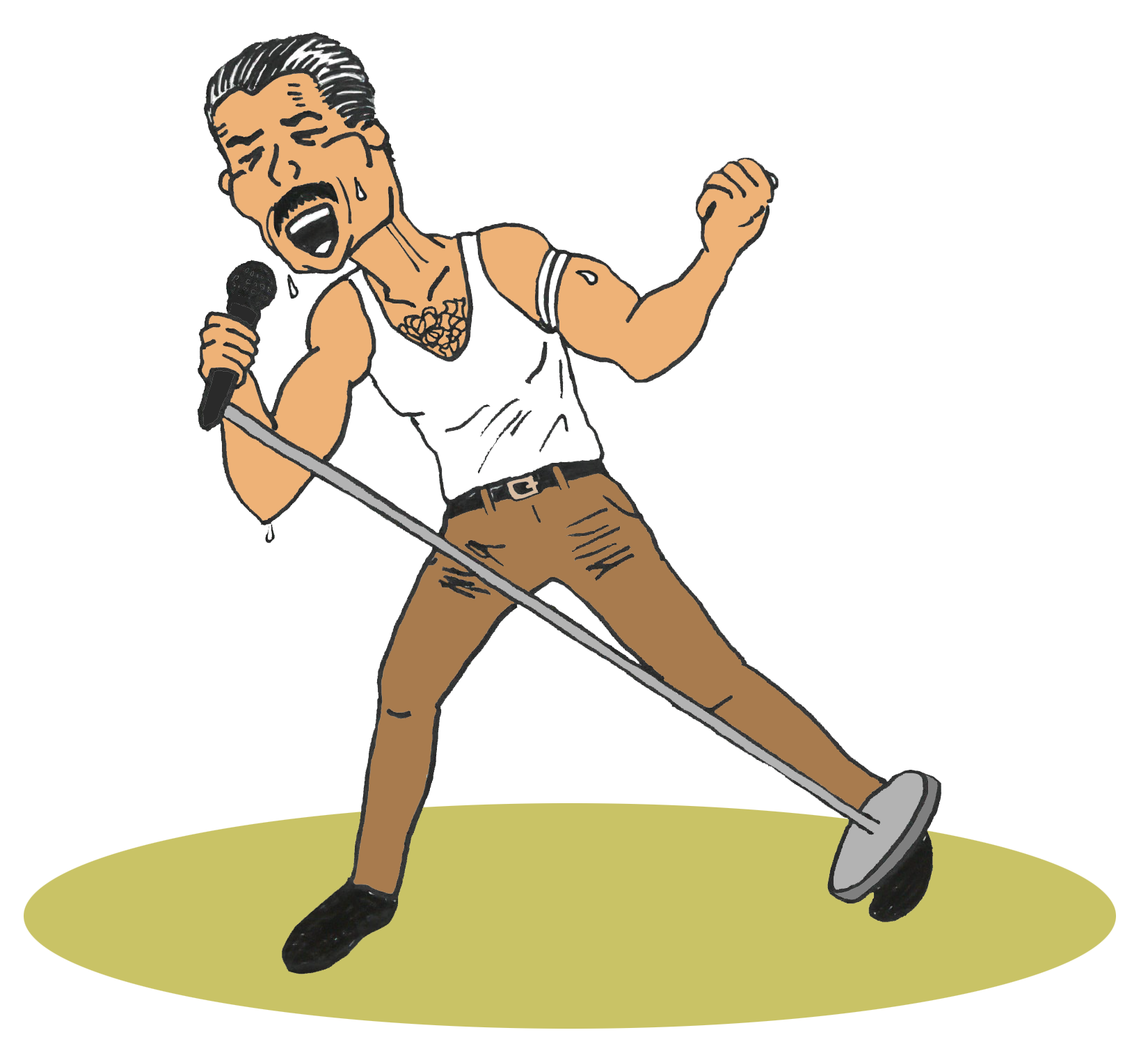 The music is the message.

Is this the real life? Is this just fantasy? Maybe it doesn’t really matter. Rami Malek, with his pronounced teeth, 70s rock star locks and flamboyant fashion, brings forth an exhilarating performance as Freddie Mercury in the biopic “Bohemian Rhapsody.” Both casual and hard core Queen fans will sing along to the band’s most popular songs, stomp their feet along the “We Will Rock You” beat, and be stunned by the colorful graphics that fill the big screen.

The film begins with a recreation of the roaring crowd at the 1985 Live Aid concert when the band does its iconic anthems to raise funds for charity. Audiences are given a personal view as Freddie Mercury runs up to the stage and relishes the chanting and cheering while fulfilling his dreams of singing with the band and the audience. The story goes on and gives a fabled glimpse into the life of Farrokh Bulsara before he transformed into the megastar, Freddie Mercury.

In the film, Freddie Mercury develops a close bond with band members Brian May (Gwylim Lee) Roger Taylor (Ben Hardy) and John Deacon (Joseph Mazzello) after he does an impromptu audition when the band loses their lead singer. A confident Freddie belts out a song even after he was told that he would not be a part of the band unless he gets he gets his teeth fixed. Though formulaic, the story maps out the band’s rise to fame despite a prominent producer rejecting their now well-known operatic song, “Bohemian Rhapsody.” What is emphasized through the song is their creative artistry and innovation as they revolutionize the music industry with their legendary six-minute song filled with seemingly meaningless lines.

“Who even is Galileo?” questions Hardy, as Roger Taylor. Despite critics’ less-than-stellar reviews of the song at the time (snippets of which were splattered on screen), Queen ruled the world with its concerts worldwide and continued success. But just as how Icarus flew too close to the sun, what goes up too high and fast, eventually crashes down.

Mister Fahrenheit, at the height of his hubris, burned through the sky, and the light that Freddie Mercury exudes slowly faded as his personal problems seeped in and caused tension with the band. Now, this is where issues arise as some reviewers criticized the movie for its portrayal of Freddie Mercury’s sexuality. He is first seen struggling with his feelings when he exchanges glances with a truck driver (Adam Lambert) at a gas station in America.

Subsequently, he and his manager Paul Prenter (Allen Leech) spark a romantic relationship before Freddie comes out of the closet to Mary Austin (Lucy Boynton), his fiancée at the time. Of course, Freddie Mercury’s personal relationships and struggles are more complex than the movie’s portrayal, which casts it in a more simplistic light. Critic Sheila O’Malley from RogerEbert.com aptly said that the film “views Paul as a villain and AIDS as a punishment.” This movie portrays his sexual relationships in more of a negative light that eventually led to conflict with the band and his downfall, rather than perhaps freedom during a time when this was considered taboo.

However, despite the mediocre reviews, audiences seem to hold a different opinion. According to  Box Office Mojo, the film made over $51 million domestically during its opening weekend. Worldwide, $141 million. Are you hanging on the edge of your seat? “It gave me goosebumps . . . Rami did so well,” said moviegoer Russell Walsh. 94% of audiences liked it, according to film aggregator Rotten Tomatoes.

I think what draws people in, besides the thrilling performances, is the importance of strong bonds of friendship. In one scene after the falling out, Freddie Mercury proclaims to the band members that Queen is not about him, but about all of them collectively. This act allowed them to work together and perform again. His friendships concurrently extended to his former romantic interest. Mary Austin, as Queen fans know, famously remained friends with Mercury till his death, despite everything they have been through.

These strong bonds carried over to his family as he reunites with and comes out to his family. His father, Bomi Bulsara (Ace Bhatti), embraces him. The entire family then watches the famous 1985 performance on television with pride. The theme of acceptance and love from the people closest to you is a message that always resonates. This homage to Queen shows that friends and family who lift you up wherever you may be, are in fact, the champions of the world.