Everyone remembers the Uncle Sam campaign posters of World War I and II; however, the United States is moving away from ideals such as this in favor of a smaller and more advanced military.
Defense Secretary Chuck Hagel has announced plans to significantly cut the size and spending of the United States military and the Department of Defense. The policies are not in effect yet because Congress has not voted on the matter; however, they have created much controversy over the effectiveness of our country’s defense.
Under the plan, the Army would shrink the number of active-duty troops to a just more than 440,000. The current number is at 520,000. This would bring the size of the Army down to pre-World-War-II numbers.
The proposed plan makes way for more advanced technology to be used. In addition, the number of Special Operation Forces would increase by almost 3,000 troops, going from 66,000 troops today to 69,700.
Some students on campus find this approach to fighting wars to be more effective than conventional warfare practices.
“With the downsizing of the military to levels before World War II, I believe has its pros and cons.” said senior Kyle Wimbrough, a current Air Force reservist. “I do agree with the downsizing on the plans of downsizing to reallocate funds to technology and Special Warfare commands, which I believe is a great idea.”
“Our world is changing and so must our military,” said junior Owen James. “As a vet (one tour in Iraq as a military police officer) I have seen the armed services go through some transformations while fighting an elusive enemy and that change is continuing. Technology is giving us an edge on the battlefield and an enormous standing army is no longer necessary. ”
Students hope that the plans for downsizing the military will lead to more lives being saved.

“I think it’s a great thing that the military might be downsizing, but it’s also a little scary,” said freshman Trey DelPo. “It’s great because I have had to watch too many of my friends’ family members go off to battle and not return home. With the downsizing, hopefully fewer soldiers will be lost in battle, and we will send out troops much less often.”

The plan does affect other branches of the military as well.
At the moment, the Navy will retain its 11 aircraft carriers; however, this could change as more extreme budget cuts are made in the future. Additionally, the Navy would be allowed to purchase two destroyers and two attack submarines every year.
The Air Force will continue to prioritize futuristic fighter planes, including the F-35 fighter jets, which remain extremely expensive to build and operate. However, the Air Force would eliminate an entire fleet of U-2 spy planes and the A-10 attack jet, in an effort to increase the use of Global Hawk drone airplanes.
Despite the proposed budget cuts to the military, the United States defense budget will remain the largest in the world with roughly $600.4 billion spent annually.
Virginia Wesleyan students are unsure whether shrinking the budget is in the best interest of the United States.
“Our nation spends more than the next 12 nations combined on national defense. Some of that money can be used to improve our infrastructure, schools, and to pay off our national debt,” said James.
The proposed plan also affects military personnel at a personal level. Hagel calls for slowing the growth of the tax-free housing allowances for military personnel. In addition, Hagel is proposing to reduce the $1.4 billion subsidy provided to military commissaries. This would cause more expensive prices for soldiers and their families.
The proposed plan also suggests increasing health insurance deductibles and some co-pays for some military retirees.
Hagel has repeatedly stated that the proposed plans do not include any changes to retirement benefits for those currently serving.
Some students are worried about the effects the plan could have on Hampton Roads.
“Downsizing the military hurts our ability to remain a defensive force in the regions that we are currently involved in. It, furthermore, risks the jobs and local economies that thrive around military communities,” said senior Brian Drake.
Despite the controversies over whether the downsizing of the military is a good or bad decision of the United States government, the students of Virginia Wesleyan College overwhelmingly understand the rationale behind it, even if they do not personally agree with it.
“As a member of the military, I personally understand the reasoning for downsize because this is a natural process the military goes through after fighting a war, such as the one we have been fighting for over a decade,” said junior Clay Jones.
“However, I don’t approve of the downsize, but I understand that it is needed, as I hope that our military will finally see a nation at peace, as we are overdue for a peaceful operating nation.” 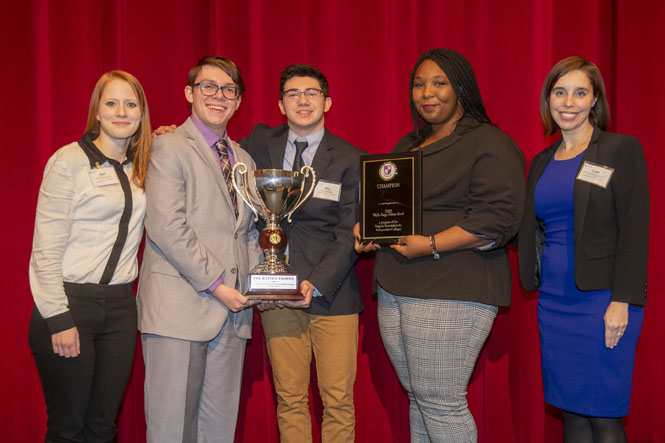