On Friday, March 8 Peter Boie was in the Grill performing his magic show extravaganza entitled “Magic for Non-Believers.” Although Boie arrived with just minutes to spare due to a delayed flight, he was ready to perform and turn anyone into a believer. With a great turnout of students, the Wesleyan Activities Council sponsored event seemed like it would produce a fantastic, magic-filled night.
For Boie, his belief in magic came at age 11 when he came across a magic book in a library. Since then, Boie has been studying and practicing his own unique style of magic with the goal to turn non-believers into believers.
Rising to national stardom, Boie has received four nominations in Campus Activities Magazine, including Best Male Performer, while also performing for legends like Neil Young and Tom Brady of the New England Patriots.

“Creating an atmosphere where you stop thinking whether it’s real or not, and you just enjoy it [is the best part,]” said Boie.

As the magic show began, students settled in to witness the trickery of Boie’s magic. As things began appearing out of thin air only to completely vanish the next instant, the crowd became astonished within the first five minutes of the performance.
“I thought it was going to be a normal, cheesy magic show, but he went out of the norm,” said freshman Lauren Lide.
Boie’s boundary-pushing tricks and treats left the entire audience in awe and disbelief. Is this real? Is this an illusion? Although a magician traditionally won’t reveal his secrets, Boie revealed the secret behind making a blue handkerchief disappear and having an egg appear; there is a hole in the egg. However, when Boie erased the hole in the egg and cracked open the egg to reveal that it was not a prop, the audience was left in awe.
With a bag full of tricks and humorous wit, Boie knew he had the audience hooked. When it came time for volunteers, people eagerly raised their hands, dying to be a part of the show. For a traditional card trick, Boie picked freshman Ashley Williams to assist him on the stage. As Williams positioned herself on stage and did all the steps for the trick, she became increasingly astonished as the trick began to unfold in front of her.
“It was a lot of fun being a part of a magic show,” said Williams. “The look on my face showed that I was truly surprised.”
As the night progressed and the audience remained captivated, Boie began entering dangerous territory. Retelling a story about his childhood at a place called Dungeon Rock, Boie announced his next trick would involve communication with the dead, sending the crowd into a slight panic. As the “trick” unfolded on stage, the crowd was in a state of shock as it seemed the dead had made contact.
Freshman Stephanie Williams recalls the frightening trick, saying that it “really blew my mind.”
After a frightful yet entertaining trick, the crowd anticipated Boie’s next mind-blowing trick.
“I had the weirdest, yet scariest experience…I was astounded to be a volunteer because I love magic,” said magic show volunteer and junior La’Cresha Lambert. When she walked onto the stage, Lambert could not have been prepared for what was about to happen.
“When Peter said a road map of my life, I was beyond scared,” Lambert said as she recalled the theme of Boie’s next trick. Dealing with the battle between free will and fate, Boie explained to Lambert what she was to do.
“I clearly remember the instructions he gave me: place the insert halfway between the pages − I did as instructed and changed my mind twice before settling on a particular page,” said Lambert. “I was instructed to write my initials in the corner of the page. After which I placed the book behind my back and made a circle the size of a dime with my right hand.”
When Lambert was asked to reveal the word that was circled on the page, she read aloud the word “over.” However, the word “white’ snuck its way into the circle, though Lambert and Boie both agreed that the word chosen was “over.”
“When he showed me the words on the book, I literally had tears in my eyes,” said Lambert. Boie revealed that he had written the word “white,” but crossed it out and wrote the word “over” instead, before Lambert was given her instructions. Dropping the magazine in her hand, Lambert stood on stage, astonished.
As Boie wrapped up the show with a cliché yet hilarious escape from a straitjacket, the crowd was clearly still as captivated as they were in the beginning. Boie’s goal of making believers out of people was clearly accomplished as many students shared their experience.
“I was skeptical because magic isn’t really my forte,” said freshman Symone McCollum. “But he convinced me that it is very much real.” McCollum also raved about the performance as she called it “fantastic and the best magic show I had ever seen.”
“[Boie’s show was] an excellent performance with great humor and Peter really does defy reality,” said sophomore Nolen Taricco.
With mind-blowing illusions, tricks and acts, Peter Boie’s magic show was a huge success. 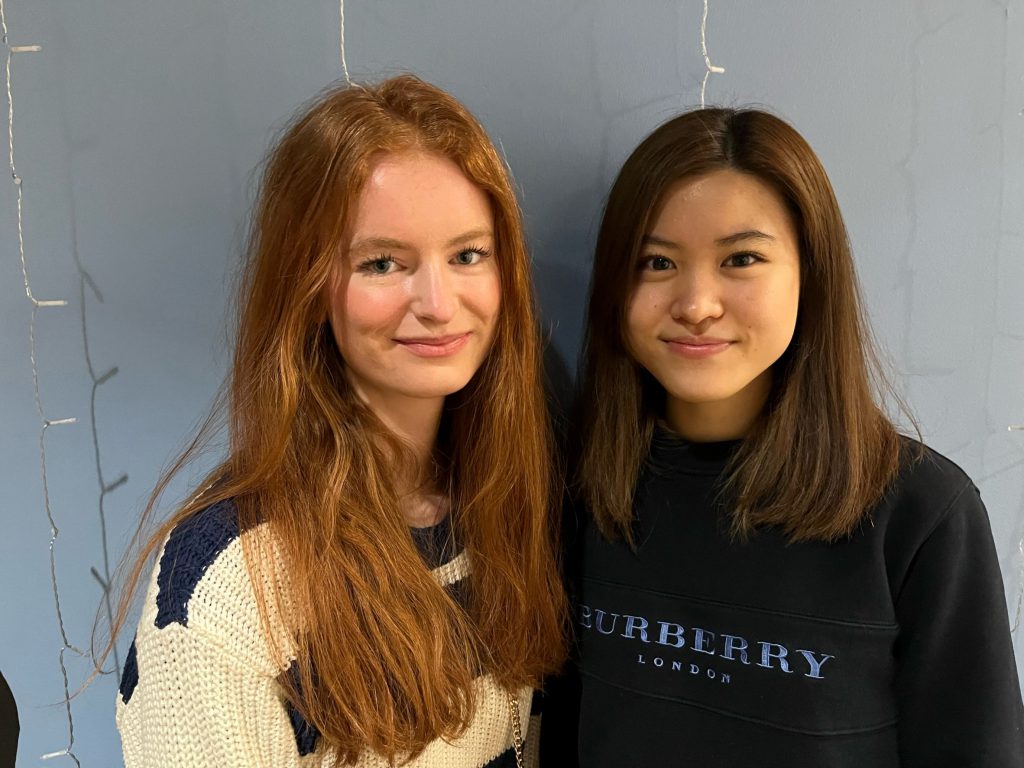 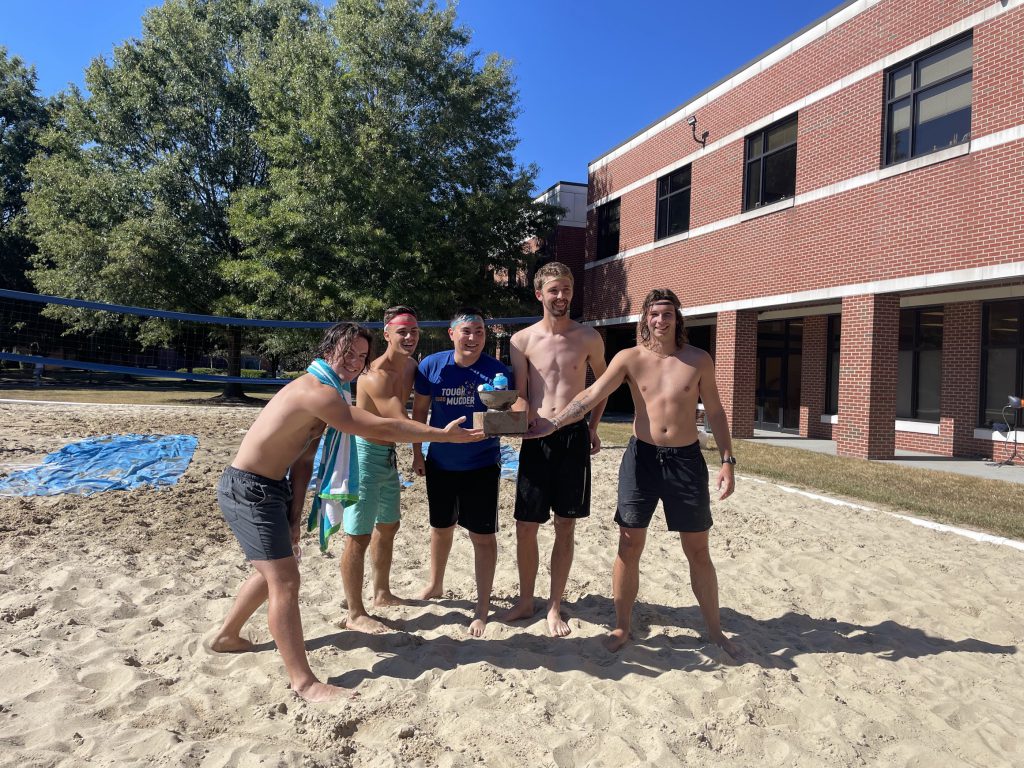 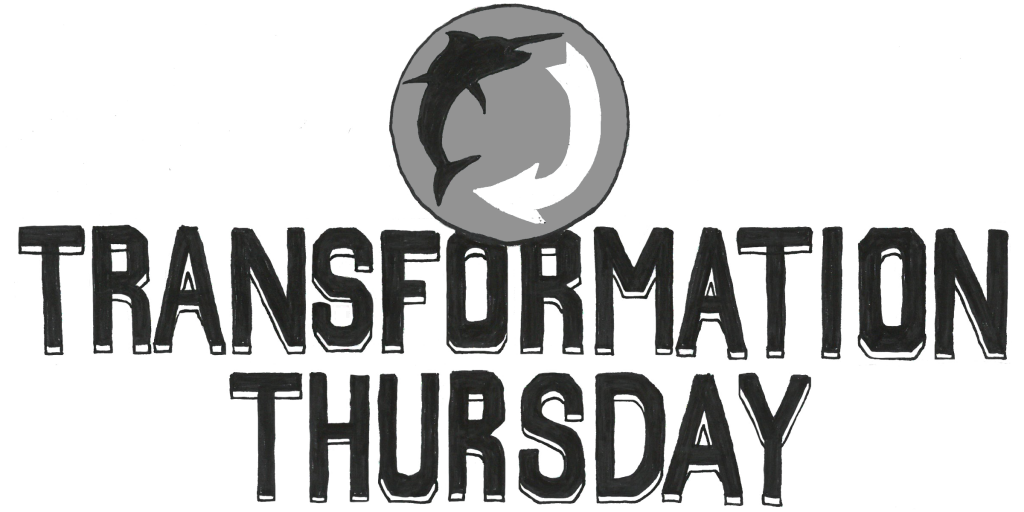