Many people know that VWC offers several intramural and club activities, but what do you do when the activity you want to be a part of does not exist? You take the initiative and create it, which is exactly what freshman Sorenda Bickerstaff, senior Jimmy Bowman and sophomore Forrest Teague are trying to do this semester. With the new school year starting, they are looking to start some new sports at VWC, including club rugby and club baseball.
There is already an intercollegiate baseball team at VWC; however, it is an NCAA regulated sport and while there is an open roster, only nine players can be on the field at a time. With a team of about 40 players, that is not a whole lot of playing time during games.
Teague and Bowman want to create a “less demanding, but [still] competitive team,” said Bowman. Teague said that the club team would provide the opportunity for those who just want to play.
As one of America’s favorite pastimes, Teague and Bowman want the club team to have a “respected reputation.” They hope to accomplish this by implementing a three strike policy for campus misconduct, a zero tolerance policy for drugs and requiring students to maintain a 2.0 GPA or higher.
Currently, the team is only in the beginning stages, so it is still looking to find men to sign up on the roster. As well as looking for players, the team is also looking for suitable practice areas; at the moment, the best prospect is Norfolk Academy. They hope to have a few full-team practices or scrimmages by the end of the semester.
“RecX can’t offer a competitive intramural team like a club team would,” said Bowman.
As a club sport, they would play against teams from other colleges, including Old Dominion, Norfolk State, and Christopher Newport. Being a club sport is beneficial to a team because it allows the team to have a more structured practice schedule, as well as games with referees and a higher level of competition.
Because of her passion for the sport, Bickerstaff is a freshman who is looking to start a club rugby team on campus.
“Rugby is a great alternative to not having a football team,” said Bickerman.
Although rugby and football are very different sports, this club would create diversity within club sports. With four years of experience, Bickerstaff would enjoy the chance to “spread cultural awareness about a sport that is only beginning to gain popularity in America.” Rugby is an international sport that welcomes all different levels of athleticism because each position requires a certain athletic ability to be successful.
Similar to the club baseball team, the rugby team would compete against other colleges. However, while the baseball team is more geared toward men, Bickerstaff is hoping to gain enough interest from women to have a female team.
“[P]eople underestimate girls playing rugby,” said Bickerstaff. Despite her years of experience, Bickerstaff generally receives skepticism from people when she informs them that she plays rugby, though she had hoped that Title IX would have dispelled people’s thoughts about how “rugby is only a guys’ sport.”
Bickerstaff would like rugby at VWC because she has a passion and wants to share that with others.

“[I believe rugby] is a great way to stay fit and it would bring people together with a sense of community,” said Bickerstaff.

At the moment, the idea of club rugby is only starting up. Bickerstaff approached the intramural office after the first week of the school year with the thought of making a team. If you are interested in playing, there is a signup list outside the RecX office across from the bookstore.
With the prospects of two new club sports at Virginia Wesleyan, it goes to show how much this school grows to fit the student body’s needs. This is our school and we are here to make a difference and to enjoy ourselves, so why not take the chance to start a new club or sports team? You never know what will happen unless you try. 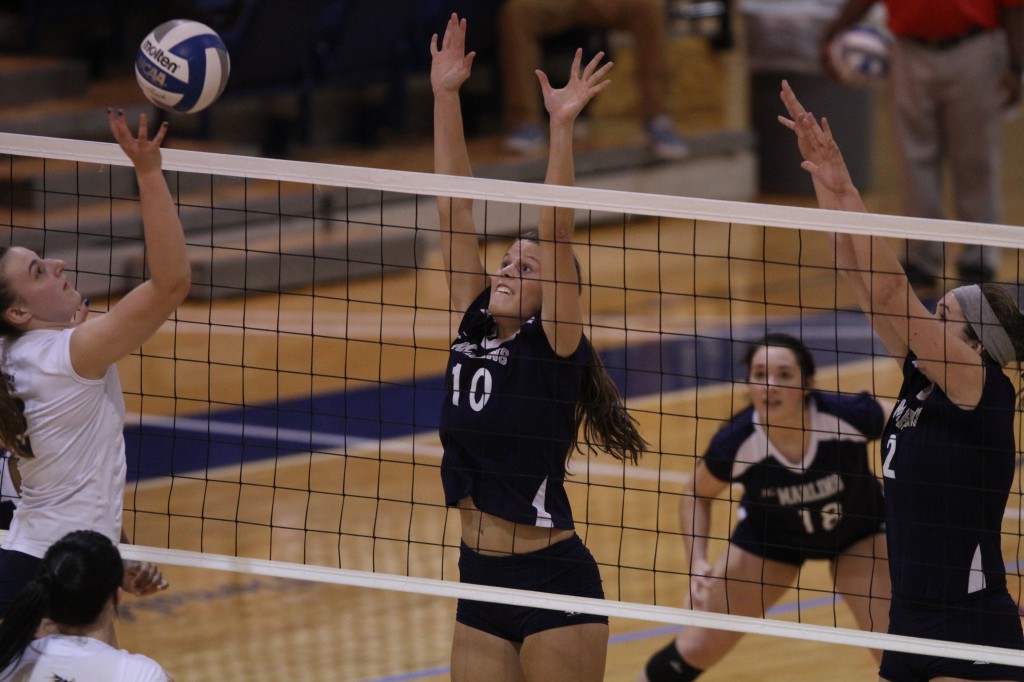