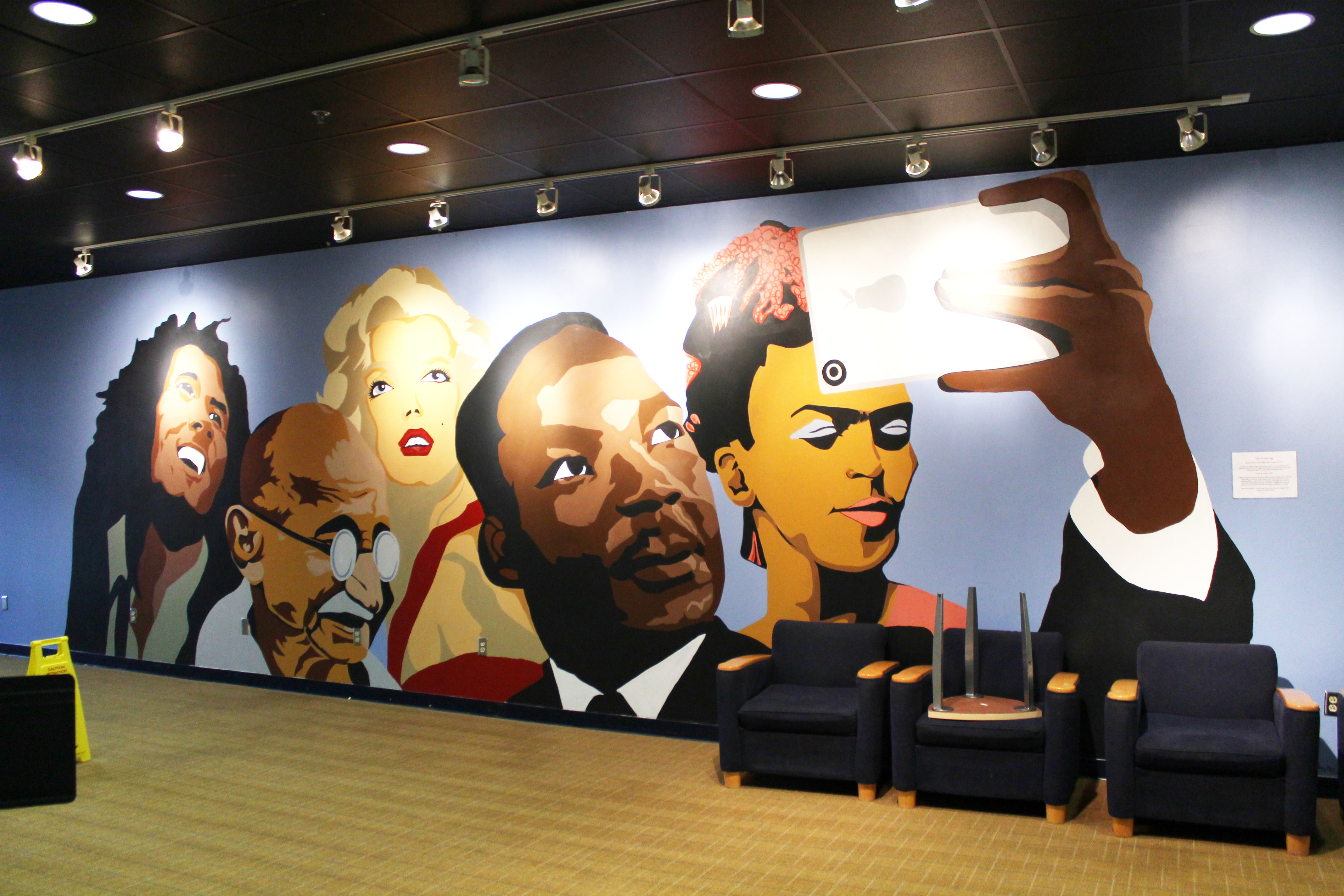 New faces grace the wall in the Grille

Thanks to the creative design of Caitlyn Hogge and the teamwork of Josh Cherry, Catalina Jones, Mary McLaughlin, Matt Springer and Jen Taylor, VWC’s student center sports a new mural. As a requirement for the Advanced Drawing and Painting Lab class at Virginia Wesleyan College, the aforementioned students had to present an idea for a design that would go up on the wall in the Grille to a panel that consisted of President Miller, Jason Seward and some other faculty members.

Senior art major Caitlyn Hogge made the design that was chosen. She admits that presenting her idea was a little nerve-racking.

“I was nervous to present in front of the faculty members but excited to have the opportunity to show them my idea for the mural,” Hogge says.

When her design was chosen, she became the project manager. Together, Hogge and her fellow classmates worked hard during the past couple of weeks to get the mural done.

The mural, which took a couple of weeks to paint, has given The Grille a fresh look. The five people in the picture are some of the most well-known and influential public figures of our time. Each one is remembered for the impact they left on us before, and even after, they died. Bob Marley is known for his music, Gandhi for his gracious efforts to create peace in South Africa, Marilyn Monroe for her acting and signature style and Martin Luther King Jr. for all of the work he did fighting for African Americans during the civil rights movement.

While the first four people in the mural are mostly well-known, many people might not be familiar with Frida Kahlo. Frida Kahlo, featured in the mural to the right of Martin Luther King Jr., was a Mexican self-portrait artist and is also remembered as a feminist icon for breaking stereotypes when it came to what women were supposed to wear and how they were supposed to dress. Kahlo was known to drink and smoke just like men did and dressed very masculine. She broke many stereotypes when it came to gender roles and expectations. She is not only remembered for her art but for the standards she raised for women.

The mural has gotten a lot of praise all across the campus, which is what Hogge was hoping for when she came up with the design. 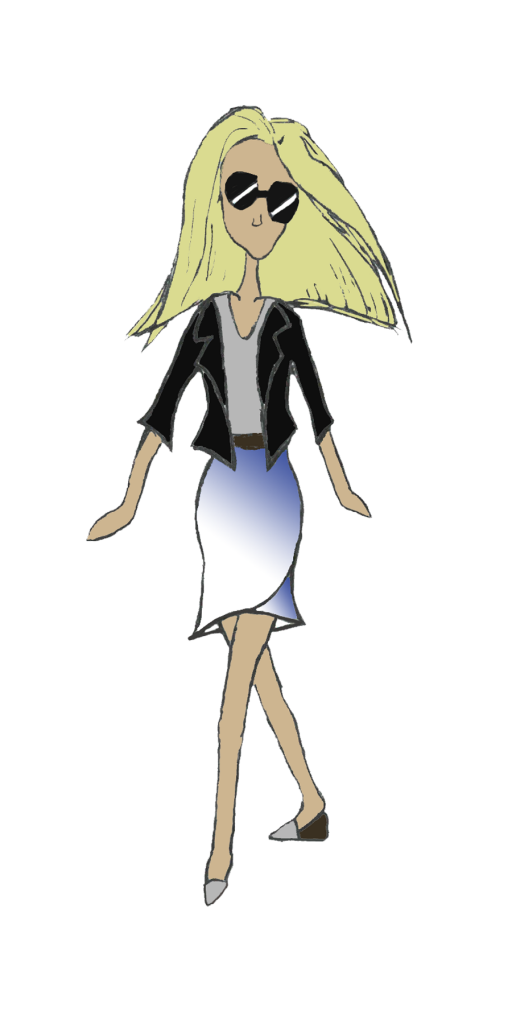