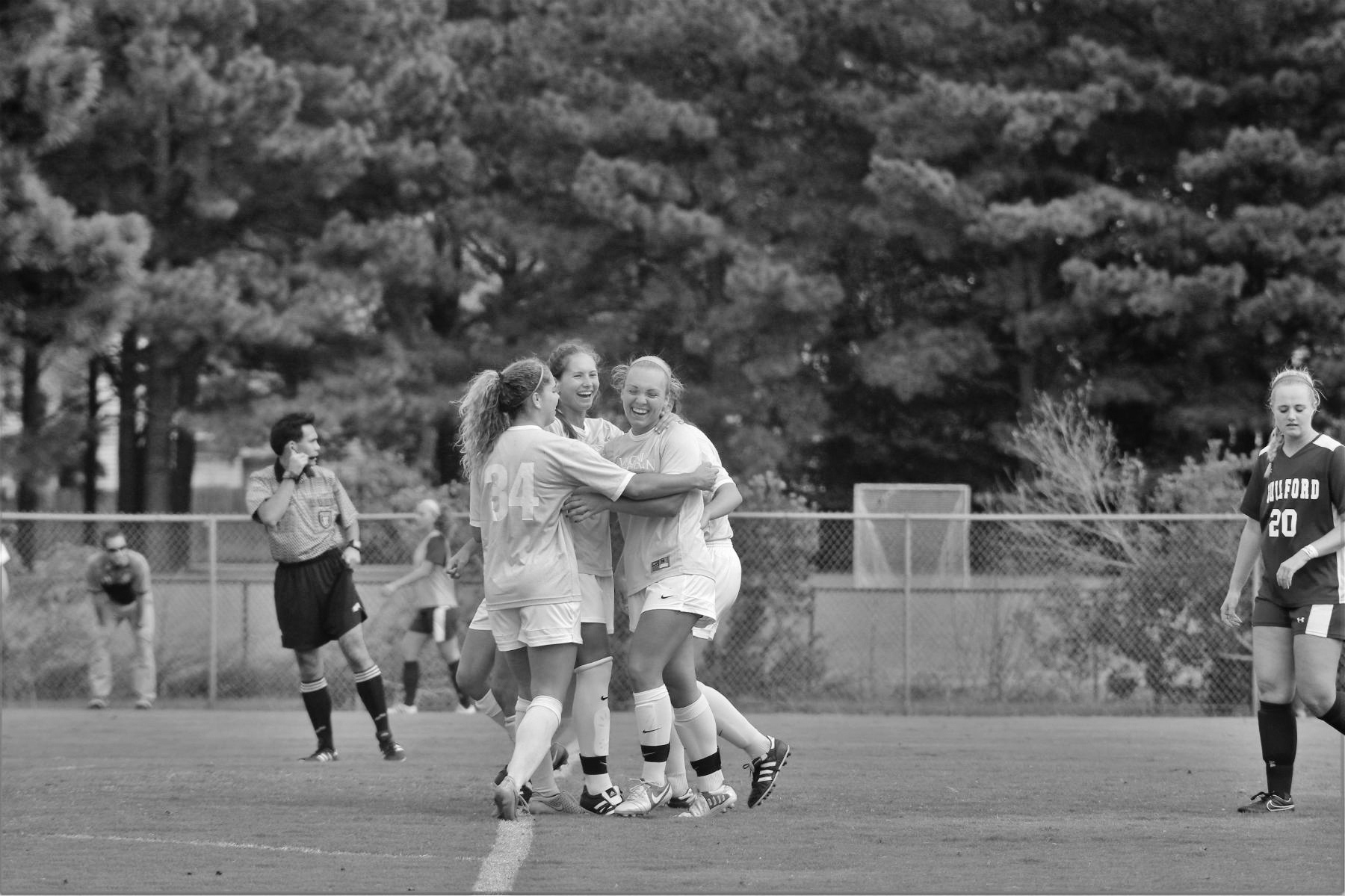 The women’s game was originally slated to be at 5 p.m. but with Hurricane Matthew barreling up the east coast, the athletic department decided to move it to 11 a.m. Saturday. When the game started, the weather was poor. The cold, overcast day negatively affected the players on the field.

Goalie Taylor Chapman had a great game for the Marlins. She had some big shoes to fill, replacing last year’s goalie Megan Gerhart. Chapman had four saves for the Marlins in the shutout victory. The lone goal for the Marlins came very early in the first half. At about 19 minutes into the game, the Marlins took the lead and never let it up. Senior Annie Hartman sent a corner kick into the box where senior Catherine Galway got the first touch, and then sent it into the back of the net.

“I come to a lot of these games and enjoy every second of them because the way these girls play is exciting and now that I’m beginning to understand the sport better, it makes it that much better,” Clarkson said.

Roanoke was never able to bounce back from that blow coming from Galway at just under the 19 minute mark. They had a few chances throughout the game, but never could quite get the ball into the back of the net.

A Former Marlin soccer player, Mike Delaney, stood out in the rain watching not only the women’s game, but also his former team play after them.

“I love watching these girls grind it out. With the weather like this, you had to know today was going to be a battle. We ended up striking first and sometimes that’s all you need,” Delaney said.

Delaney may have gotten wet, but at least he went home happy.

“I’m really glad both these teams pulled it out today. I know a lot of these athletes and I really enjoy watching them succeed,” Delaney said.

Women’s soccer will be in competition again on Oct. 11 against Randolph-Macon College in Ashland, Virginia for an ODAC matchup. The VWC athletics page on Twitter, 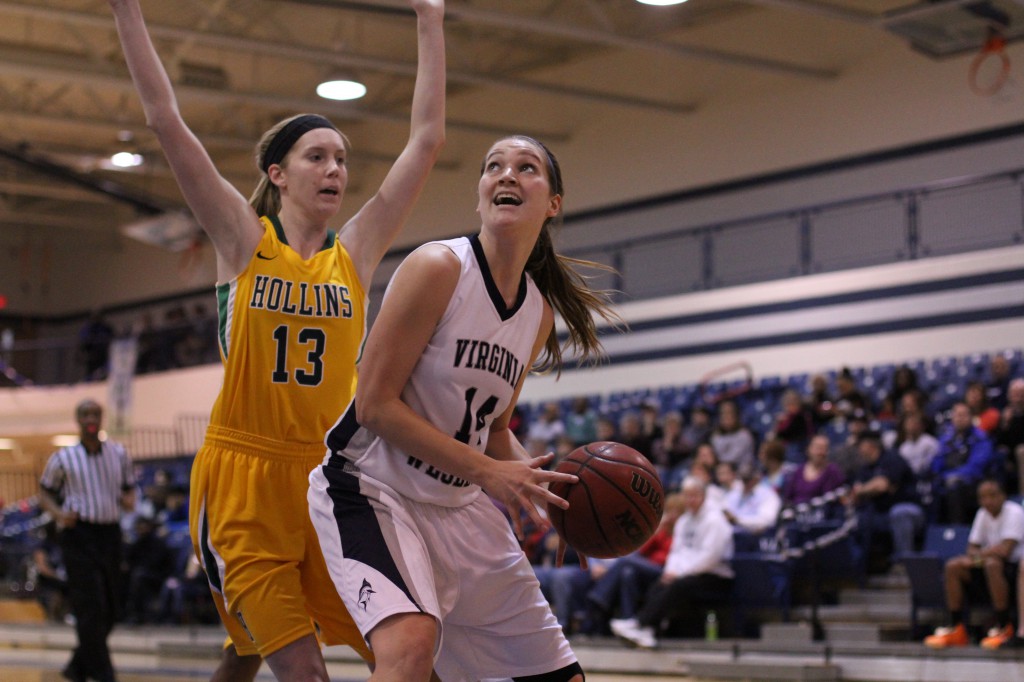 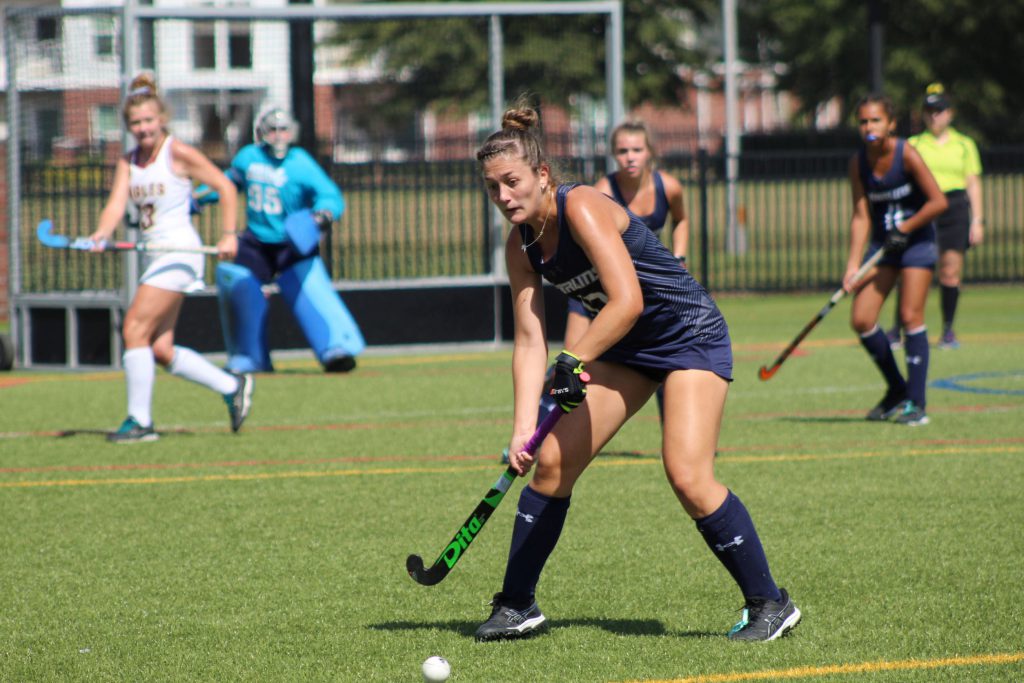 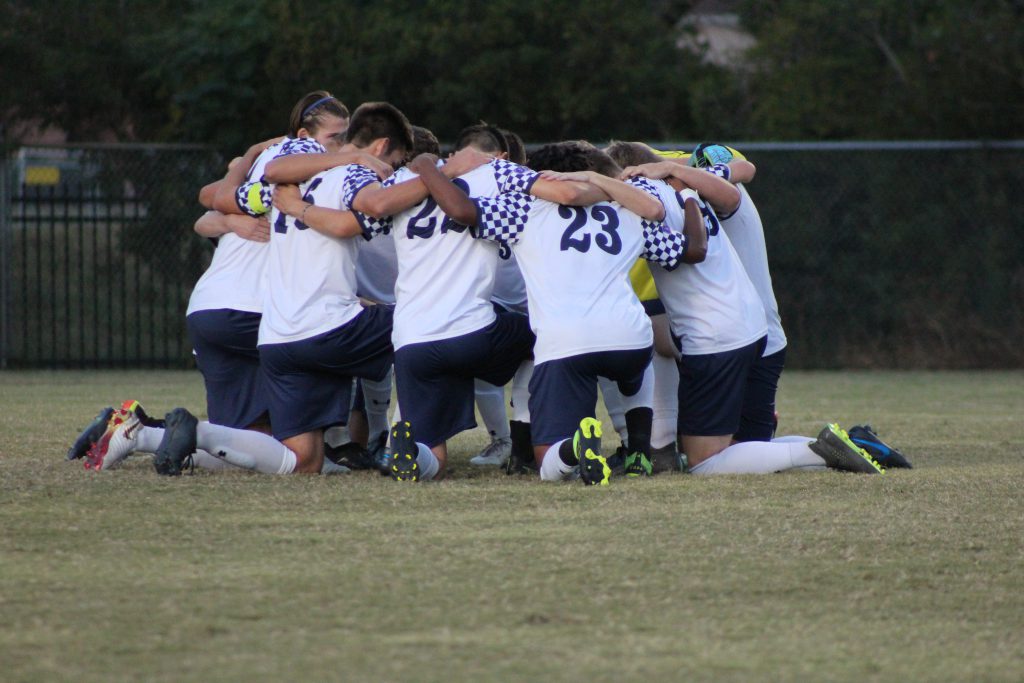