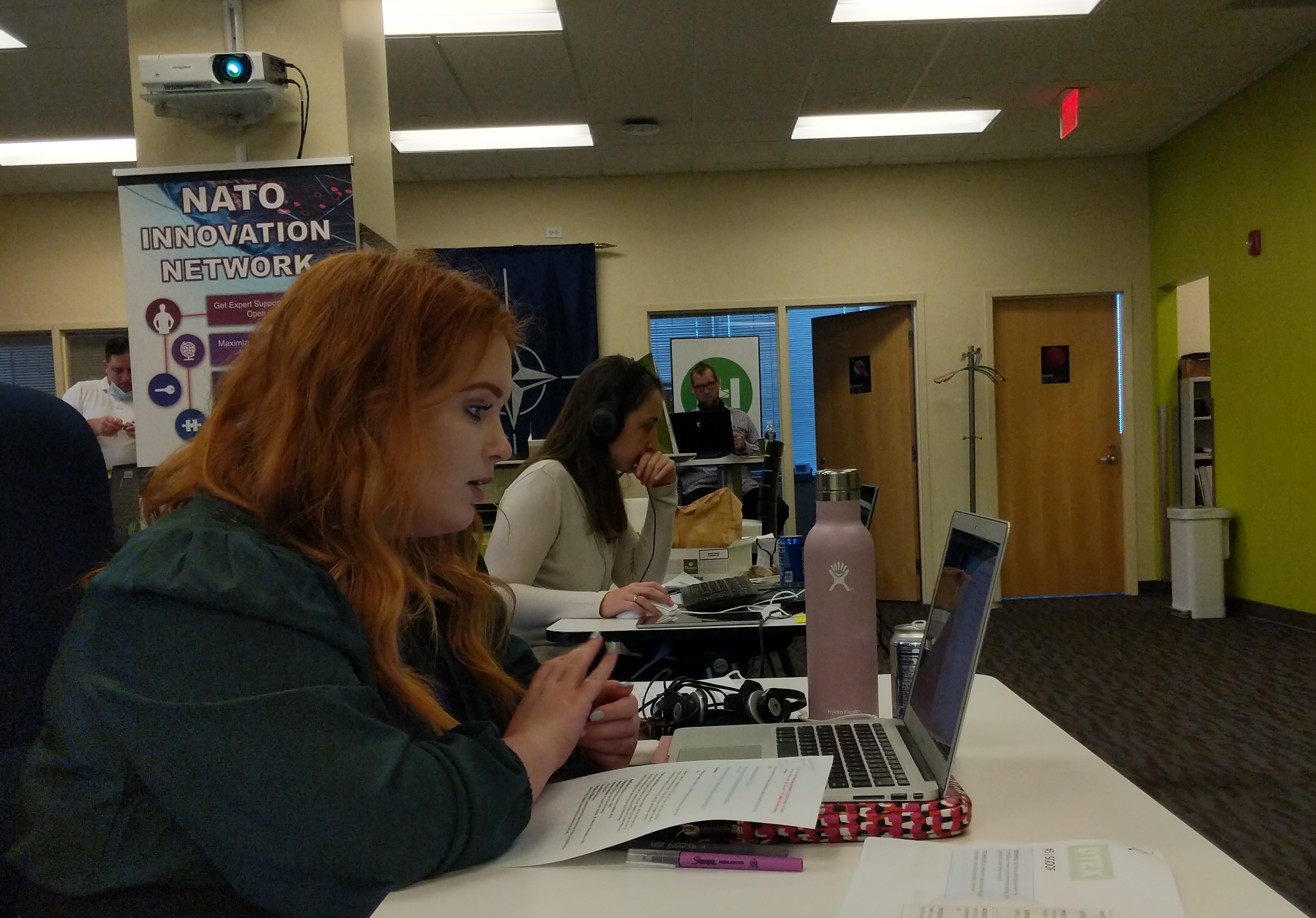 On Wednesday, Oct. 7, several students from VWU and from other institutions participated in a NATO DTEX event. NATO is an international organization that guarantees freedom and security of its members through political and military means. In this event, the students were given different scenarios to solve them through teamwork and conversations with other students about possible solutions. Students were given technology cards for them to understand the different technologies that they could use for these situations.

Sophomore Charlotte Weinstein was one of the participants of this event and she described the event as very collaborative and challenging. “No one from VWU was on my team, so I worked a lot with students from ODU both graduated and undergraduate; I had to work with a lot of different people that had different mindsets,” Weinstein said.

Weinstein expressed that it was really eye-opening to have worked with people that have different majors,  pointing out that working with these people was really interesting because each person had a different point of view on one topic. Although collaborating with different people was a good experience for Weinstein, she felt intimidated because she was the youngest person in the group. “In the beginning, I was definitely hesitant about speaking up, but when I felt comfortable with everyone, it was a lot easier to share my opinions and my thoughts,” Weinstein said. She also said that this event related to her field of study because she is an international relations major.

“At the event we were trying to figure out how to combat misinformation in Eastern Europe, so they identified 46 different technologies that could be used and they gave us that list and we picked 5 to combat the misinformation,” freshman Edward McDonald said. At the end of the event, students presented their choices to a panel of experts, who examined the logic behind it and announced the winner.

McDonald described this experience as “high pressure, high reward.” McDonald has an interest in political science and he stated this NATO event gave him more knowledge and more interest in this field.

Senior Katherine Brockenbrough is an intern with NATO and was one of the coordinators of this event. “Our main thing was recruitment, because we needed people; we created flyers for NATO officials, technology experts, communication experts and people from all universities to come in,” Brockenbrough said. Also, she said that this event included the presence of people from six different nations.

VWU has kept a good relationship with NATO. In the past, NATO had multiple interns from VWU and facilitators that have made possible this connection.

Despite that this event was done by zoom, students expressed that the outcome of the event was really successful. “I was a little afraid about organizing so many people, so we did a main room and our own separate team room and it actually worked really well,” Brockenbrough said. Brockenbrough encourages other people to have this great opportunity of being part of a NATO event. What all three students agree on is that the success of this event was thanks to the variety of backgrounds and diversity that were part of the conflict solution. Brockenbrough expressed that the fact that these people had different points-of-view and different studies was something that connected all of them.