A typical class trip to study abroad unexpectedly turned into a scene out of a movie when freshman Brianna Brunk found a love note left by a widow at the top of a Mayan pyramid.

One day while her class was touring the Mayan ruins, Brunk and her classmates chose to climb the pyramids. Once the class reached the top of the pyramid, they turned and spotted a clear glass bottle positioned in front of them. Some of the students approached the bottle to see what it contained. Inside of the bottle was a note written by a woman, Katy Ned, who had just lost her husband-to-be. The couple planned to travel to Mexico for their honeymoon.

“The note talked about how she lost her husband-to-be and how he was her best friend. They were set on honeymooning there, but he passed. She then decided to go through with it and leave the note because she wanted someone to see it and have it encourage them and give that person words of wisdom about this crazy thing called life. After I read it, Steph and I started tearing up because all we could think about was our boyfriends that were back in America,” junior Amanda Baxter said.
Out of everyone who read the note on the top of the pyramid that day, it was Brunk who decided to take pictures of what she read and post it on Twitter.
“I decided to post the letter on Twitter because I thought it was a beautiful story that many of my followers would also feel touched by. Many of my followers are from my hometown and knew that I was going on the trip to Mexico, and I thought that it would be cool for me to share a highlight of the trip with them,” Brunk said.
Those pictures ended up going viral and would be seen by more than 63.7 thousand people around the world.
Brunk said she experienced some adverse feedback on Twitter from people who said the pictures were staged.

“I did not initially expect to get the reactions that I did on Twitter, mostly because I had no idea that it would go viral. I thought it would likely get a handful of retweets and favorites, but had no idea it would take off like it did. Once the tweet really started going viral, I was prepared to get some negative feedback from people that thought our group wrote the letter ourselves. However, the significant amount of positive feedback drowned out any of the negative responses the tweet received,” Brunk said.
One of those 67.3 thousand people that saw these pictures just so happened to be the writer of the note. Katy Ned, who wrote the note, reached out to Brianna to thank her for what she did.
“Omg I am bawling right now. I had no idea my letter would go this far. This is amazing. I was hoping that one person would find it and hopefully they would be inspired. I am speechless lol! Thank you so much for sharing this with me,” Ned said via Twitter.
Brunk said she just needed a class to fill her winter session, and she had no idea what she was in for when she signed up for this particular winter session class. Brunk said she ended up going to Mexico with Dr. Risks’ Spanish class by pure chance.
“I actually accidentally signed up for the trip to Mexico. I signed up for a Winter Session class in a hurry, and just selected Spanish 313 without reading a description of the class. I didn’t find out until a few weeks later that it was a study abroad trip,” Brunk said. 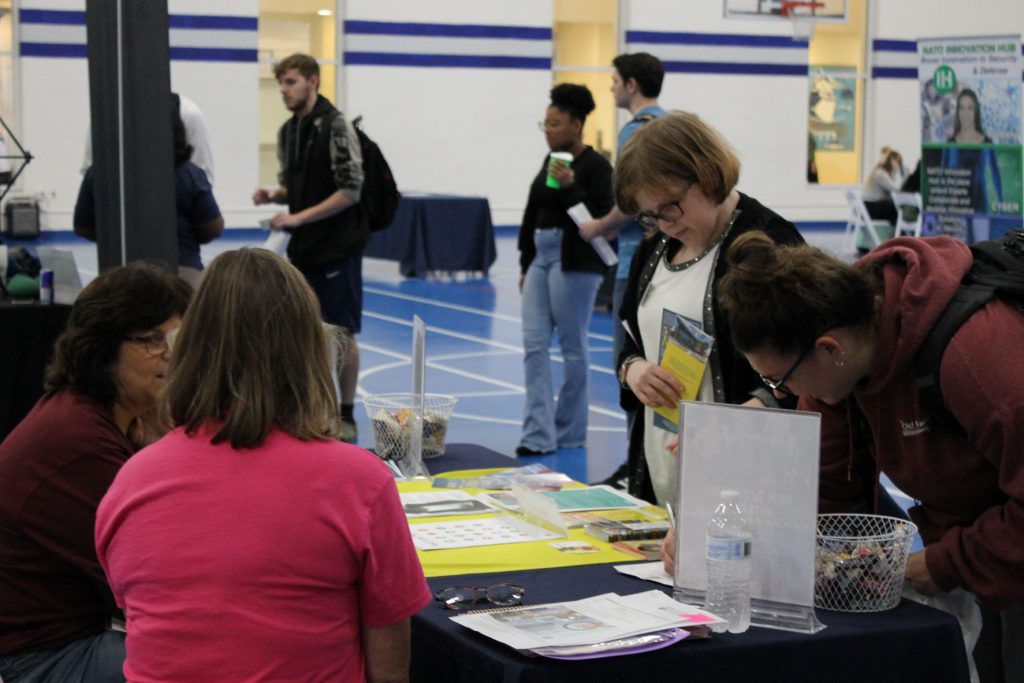