A championship season is no longer an aspiration for the softball team; instead, it has become an expectation for arguably the most-decorated team on campus.

As spring semester begins, so does softball season, and the Marlins look to extend their triumphant tradition with a stellar outcome as they enter regular-season play. The softball team has aspirations of winning yet another Old Dominion Athletic Conference (ODAC) title, and securing another bid to the National Collegiate Athletic Association (NCAA) tournament. The softball program won its second consecutive ODAC title last year, and it has earned an NCAA tournament bid three times in the last four years.

“I think we’re ready. We are returning a lot of key players, and we have a lot of new, talented players that are eager to contribute. With the continued hard work and dedication, there is no reason that we shouldn’t have a successful season,” junior Mary Shipp said.

In addition to their past achievements, the Marlins are also currently ranked 12th in the National Fastpitch Coaches Association poll. Although the team lost seven outstanding graduates from the 2014 season, the softball program is raring to return to action this year, with an experienced core of six upperclassmen and a talented group of sophomores and freshmen.

The Marlins will rely on the combined forces of three key returners who gained national and regional accolades in the 2014 season. Senior Kristina Karagiorgis returns, with two ODAC Pitcher of the year titles under her belt, alongside junior Kayla Malkos, who led the nation in stolen bases, and junior Mary Shipp, who was last year’s national leader in saves.

Even though returners have experienced past successes, every player, returners and newcomers alike, will have to step up and perform her best on game day in order to bring home silverware at the end of the season. The Marlins know they will have to prepare thoroughly for each match-up, and do not expect any game to be easy.

“We have some work to do as a team before we will be 100 percent ready for the season, but there’s no doubt that we will be ready by the time our first game comes around,” freshman outfielder Tess Higgins said.

Although the Marlins expect nothing less than an ODAC title and NCAA tournament berth, the road to the championship will be challenging. Head Coach Brandon Elliot has a tough schedule organized for his program, with the team facing multiple nationally ranked opponents.

“I think with a lot of young and hungry players we’re all pushing each other, both on and off the field, to be better every day. With that being said, I think we have all gelled nicely, and I can’t wait to see what this season has in store for us,” Shipp said.

However, the softball program does not pride itself on wins and losses alone; the players share an sister-like bond and hope to cultivate their friendships this season.

“Our team chemistry is awesome on and off the field,” said Higgins. “We’re a big family and there isn’t anything we wouldn’t do for one another. Each girl on the team is not only a teammate, but a friend and sister.”

The season officially begins on Sunday, Feb. 22, as the Marlins open against Meredith College in a doubleheader beginning at 1 p.m.

“Honestly, there’s no other team I’d rather take the field with than this one. We feel so good about the upcoming season, and we won’t leave anyone disappointed,” freshman Cassety Howerin said. 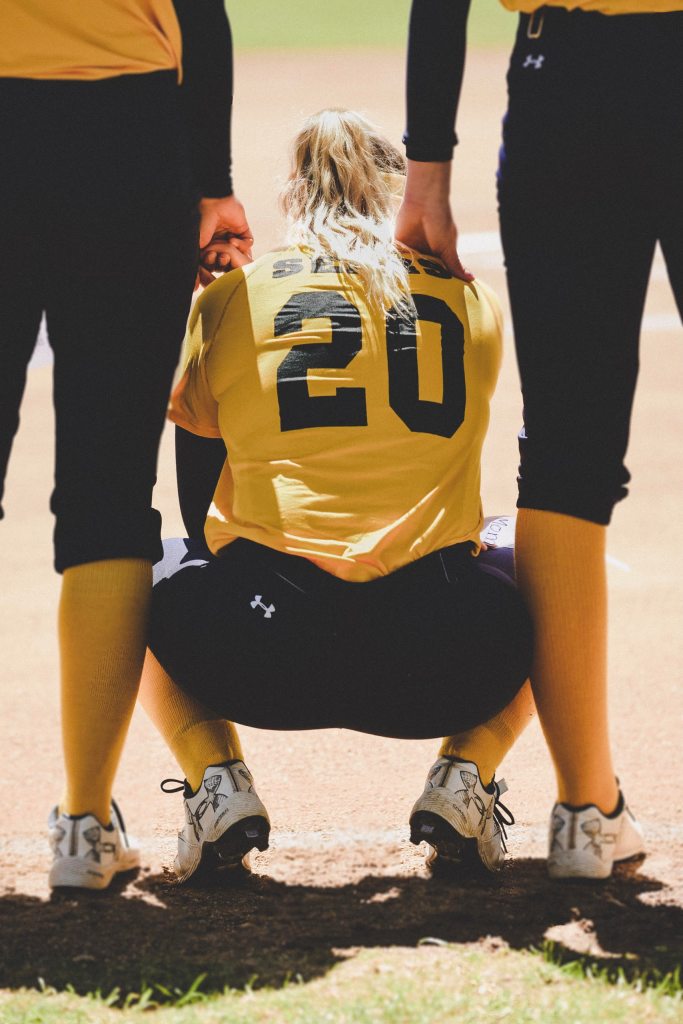