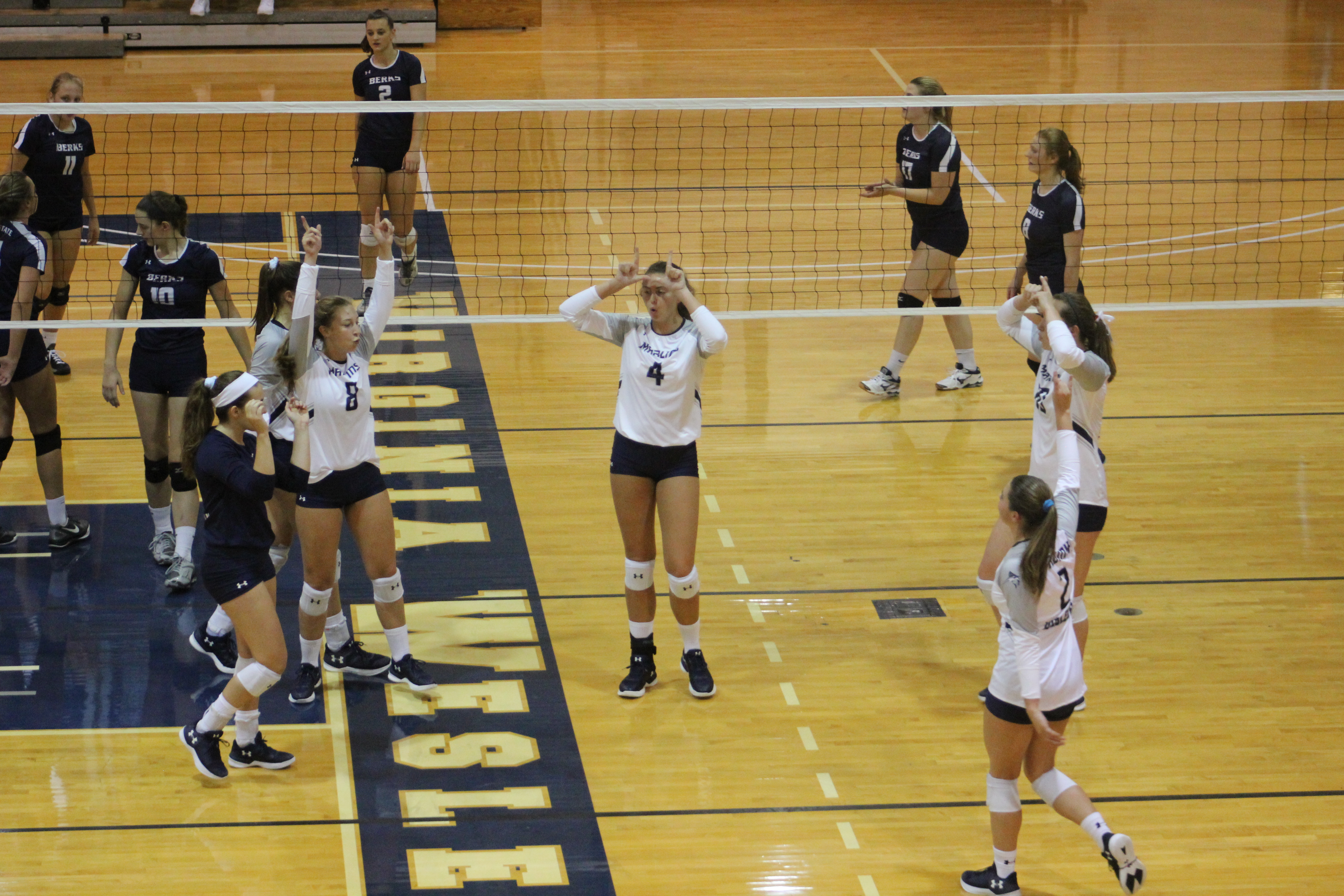 The Virginia Wesleyan women’s volleyball team defeated rival Christopher Newport University (CNU) for the first time in the program’s fifteen year history on Sept. 19. The match came down to the fifth set where the Marlins sealed the win with a score of 15-13. CNU was ranked twentieth in the nation at the time of the win.

“I’m not sure that it could have been sweeter. Christopher Newport has been a perennially good team, they are ranked nationally, they’ve been to the national championship game in 2011 I think it was, and they’ve just been where we want to get as a program, so for us to beat them I think it was a good step forward for our program,” head coach Andrea Hoover-Erbig said.

The Marlins lost the first set to the Captains of CNU by a close score of 22-25. After a dominating second set win with a score of 25-16, the team again found themselves in a hole by losing the third set 14-25 and going down 2-1 overall.

Despite CNU needing only one set to win the match, the Marlin team remained relentless and never let their spirits falter. “Any time you’re down two sets to one you know that you’re battling for your life in that match. I think that I don’t need to necessarily remind my players of that, and when we got to that fourth set it was a big confidence builder,” Hoover-Erbig said.

The fourth and fifth sets belonged to the Marlins as they won them 25-23 and then 15-13. With a score of 14-13, junior Amber Matalus and senior Doneisha Hall provided the game winning block which clinched the win over national-power CNU.

Matalus had 16 kills in the match, tying her career-high. She described the victory over VWU’s rival across the water in one word: “epic.” She says it’s a great feeling to beat the team that she lost to in her previous two seasons.

“The thing that was really cool about it was that we were still very humbled by it. Obviously we were yelling and screaming, you know, that was a historic night for the volleyball program, but we really took it with grace,” Matalus said.

Both Hall and fellow senior Kristina Scott posted 13 kills each. The setters provided many assists as junior Meghan Wood had 27 and freshman Katie Costin had 18, a season high for her.

Following the upset over CNU, the Marlin team began their conference schedule and are undefeated thus far. They beat Shenandoah, Emory and Henry and Guilford.