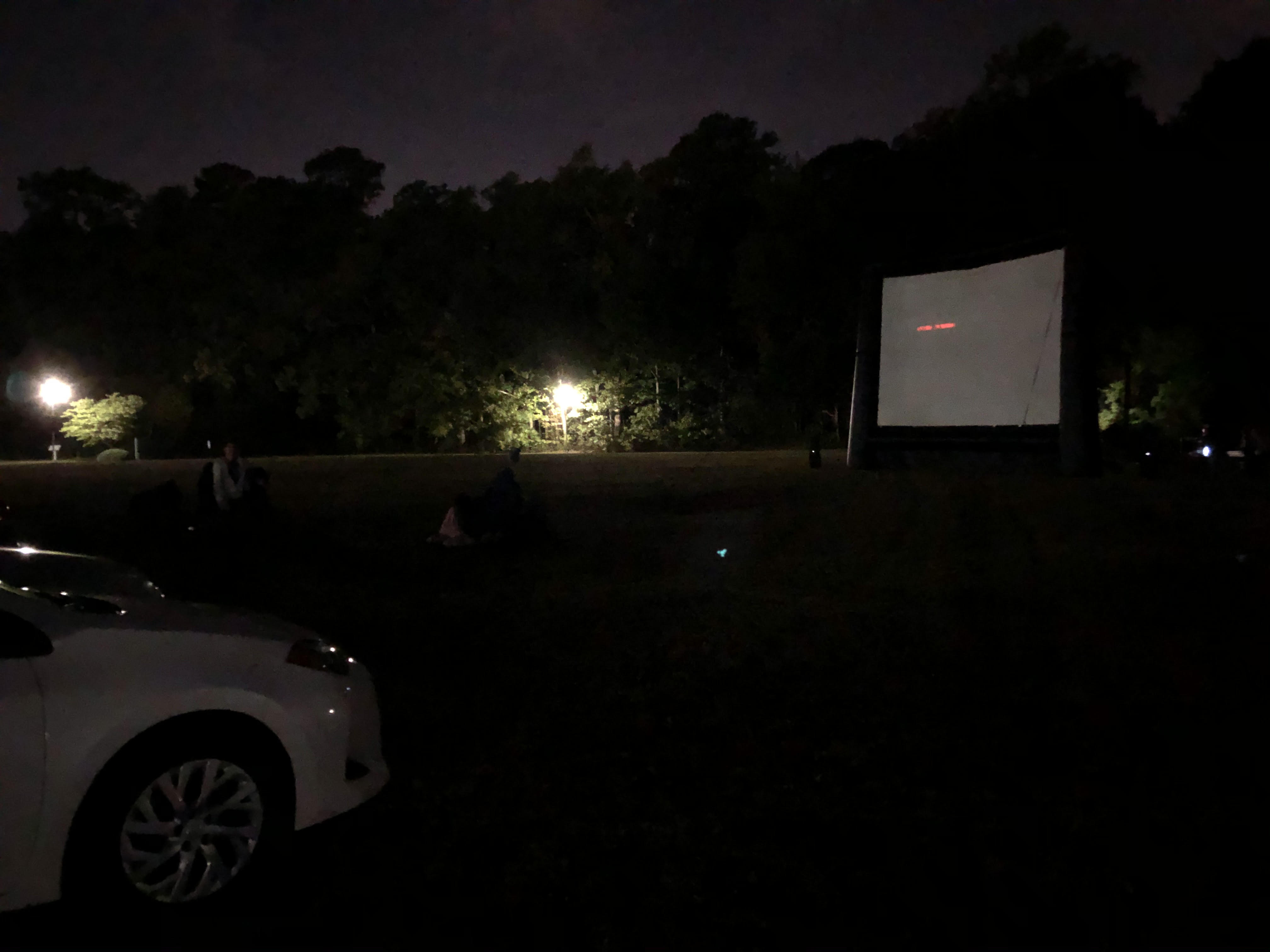 Virginia Wesleyan University’s campus hosted several Halloween events this past weekend. Student organizations sponsored several of these events, such as Phright Night, hosted by Alpha Phi Alpha; Mask-Off hosted by Phenomenal Women and The National Society for Leadership and Success; and a Halloween Crafts and Movie event hosted by Zeta Phi Beta.

The Wesleyan Activities Council (WAC) also hosted a drive-in movie event showing the film “Scary Stories to Tell in the Dark,” which seemed to be the big ticket item of the weekend.

Office of Student Activities employee Aliah Banks described the legal steps that needed to be taken before the event. “With any event, you want to make sure that you are calling people, so that you can get a good vendor. The university actually works really well with local vendors, so we typically use the same vendor. Matrix Entertainment provided the screen, and we also talked to Swank Motion pictures for renting the movie. Once those contracts get signed, and it all gets approved through Dr. Moore, we have a very seamless process to doing it just because there are things that we have to follow to make sure that everything with the contracts are being met, especially things that deal with writers, and things of that nature. After that, it just kind of takes the planning of the event,” Banks said.

“For this particular event, for the drive in, I actually had to call Virginia Utility, Miss Utility to make sure that when we’re doing any staking in the ground that we do not hit any power lines,” Banks said. “We also have to work very well with our Virginia Wesleyan facilities to make sure that any power boxes are unlocked, and things of that nature. It is a very extensive process trying to plan an event.”

The drive-in event was held on Rose Lawn, beside Bray Village. “In that parking lot, there are two specific spaces that have a ramp of sorts onto the lawn. So we’re going to have two people standing over towards the Smith Drive side of Rose Lawn so people know how to correctly enter the lawn because I don’t want anyone messing up their cars,” Banks said. “We also have 20 spaces reserved in case you don’t want to drive on the lawn.”

Since “Scary Stories to Tell in the Dark” is a new film still in theaters, Banks shared that there are certain licences that are required to show it, which the university obtained through Swank Motion Pictures. There is also quite a bit of liability insurance that both the university and Swank Motion pictures had to sign “to make sure that if anything goes wrong, everyone has coverage,” Banks said.

Safety was also a big issue with an event like this, since students were driving vehicles around on a dark field. “Safety precautions on and off the lawn were taken care of far in advance; that stuff was taken care of this summer by Kate Couch before she left,” Banks said.

People like Banks who spent so much time and effort to make an event like this happen are often the most excited about the event. Banks said that for her, the most exciting part of the “Scary Stories to Tell in the Dark” event was the snacks, and she had truly ordered a lot of snacks at the event.

“I think it’s cool that it’s like an actual drive-in, so you can actually sit in your car and listen to the radio transmission rather than you having to sit outside of your car and listen to it that way,” Banks said. “We’re [also] going to leave enough room in front of the cars for students to have blankets and things of that nature. It’s literally like a 1950’s drive-in, and the screens are going to be larger than life.”

Students felt that the event “was definitely fun and different,” according to Taija Everson. “People who don’t really like party kind of events would really enjoy this as a chance to get out and involved on campus,” junior Ariana Ciciulla said. “I had a fun time [and]  the food was good. I’m not big on scary movies, but movie wise it wasn’t too bad,” Spencer Weinstein said.