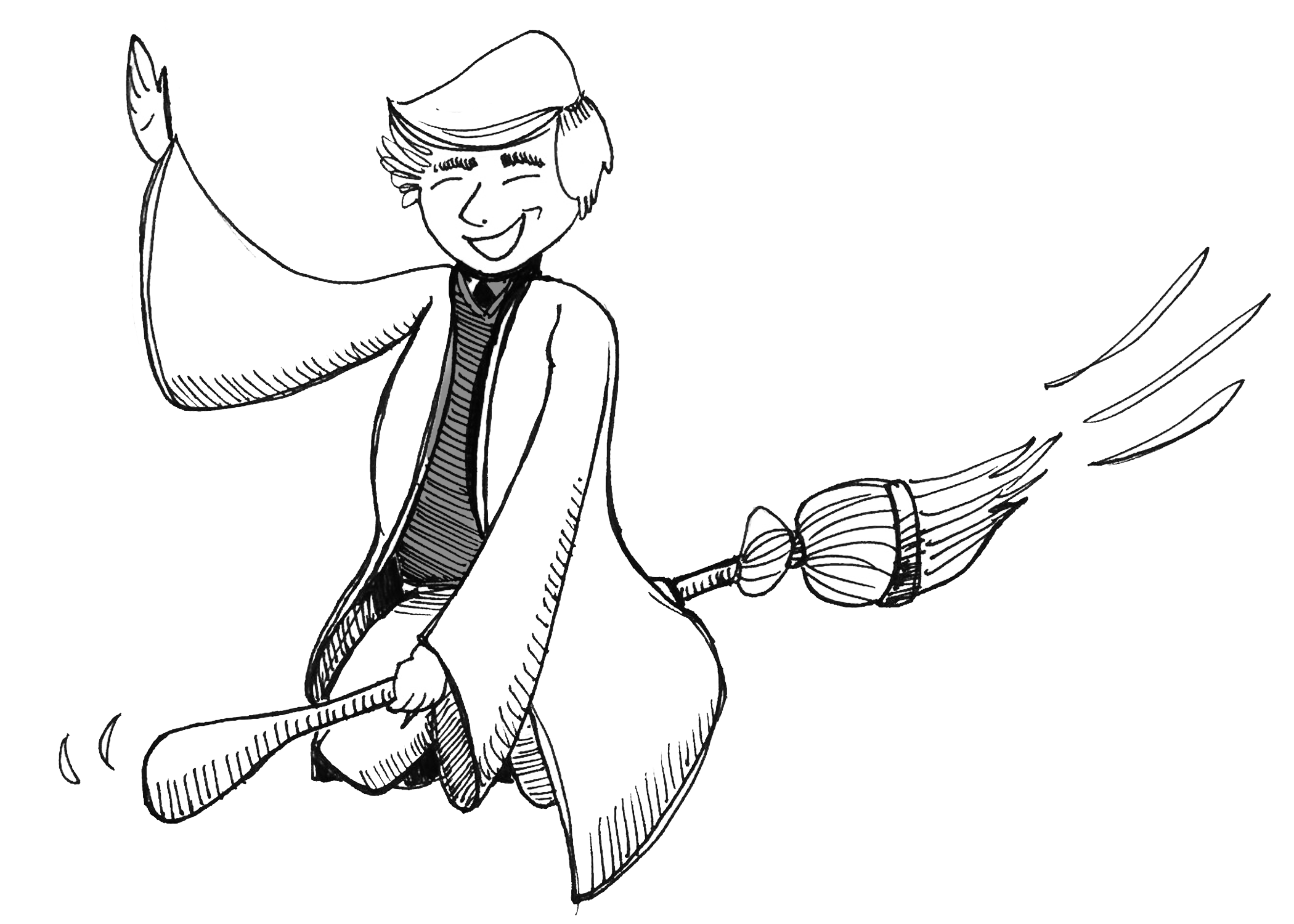 I have read the books and watched the movies countless times. I know my Hogwarts house (Ravenclaw), my Ilvermorny house (Thunderbird), my wand (Ash and Phoenix feather, 13 ¾ inches, hard) and my Patronus (a sparrowhawk) thanks to Pottermore.com. I have been to the Wizarding World of Harry Potter at Universal Orlando twice. I own several replica wands and enough Harry Potter shirts to wear a different one every day of the week if I wanted, with some left over to spare. Quiz me on almost any piece of Harry Potter trivia, and I could probably give the correct answer in seconds.

Here’s what you might not know about me: despite how much I love Harry Potter, I am self-conscious about it. I have an irrational fear that once people know how closely I cleave to something childish and nerdy like Harry Potter, they will stop taking me seriously.

To be perfectly clear, I don’t think most people actually stop taking me seriously once they find out I enjoy all things related to Harry Potter. I am simply projecting a personal insecurity onto other people, but therein lies the problem: a lot of people seem to share that same insecurity. It’s an unfortunate misconception about growing up: you have to let go of anything you like that is targeted toward children or else you might be perceived as a nerd, a weirdo or a baby. The cliquey environment prevalent in high school seems to do the most damage in this department—if you want to fit in, you have to let some things go that make you seem uncool or less like an adult.

I noticed a jarring shift in what is considered “cool” upon starting college. Suddenly, weirdness was celebrated. I’ll never forget the time a guy showed up to one of my classes in a unicorn mask on Halloween and made himself the class hero.

What changed between high school and college to make weirdness cool, and why do some people still feel insecure about liking weird and childish things despite this change?

The answer is deceptively simple. In high school, everyone is on the cusp of adulthood and feels the need to prove that they are mature enough to function in society as grown-ups. A byproduct of this is the need to distance oneself from things that are childish and against the norm of adulthood.

In college, however, the script is flipped. Everyone is in the early stages of adulthood, resulting in a terrifying wake-up call for most people because being an adult is scary, and going back to being a kid would be preferable for most college students. Unfortunately, becoming a kid again is an impossible dream to fulfill until the day science presents the world with real-life Time-Turners (note: this is not how Time-Turners actually work in Harry Potter, I just needed a nice callback). The next best thing to becoming an actual child again is to embrace the things that were hastily cast aside as a teenager in an effort to grow up too fast.

Even though the desire to become an adult in high school often transforms into a desire to be a kid again in college, things are not quite so black-and-white. In college, there is an expectation to rise up and act like an adult, because once you get to college you actually are an adult. There is a desire to revisit and celebrate weird and childish things but it still feels taboo to admit to liking those things.

So I offer my solution: don’t just celebrate childish things with your friends and peers, celebrate them in the classroom. Academically engage with the things you miss from your childhood. If you put in the effort and do it well, it will show that you still proudly love some things from your childhood, but also that you are capable of engaging in a sophisticated, interesting discourse about those things that are intellectually stimulating.

I have done more projects on Harry Potter for my classes than I can remember, including my senior thesis in English. Doing my English capstone project on Harry Potter was no easy task, but once it was over, I felt that I had overcome two major hurdles: completing my English major, and proving that I’m not just a Harry Potter fanboy, but someone who has grown academically as a result of engaging with the series.

Mixing the world of childish wonder with your studies not only makes schoolwork more fun, it also lets you engage with the weird and fantastic in a productive setting  and creates a nice bridge between childhood and adulthood.

So go ahead and write a thesis on Harry Potter. Write a research paper about the possible sociological benefits of playing Pokémon GO, do an art project inspired by a Disney movie or conduct a study about the effects of cosplay on creativity. While it isn’t the perfect answer, one step toward overcoming insecurity about liking childish things is to embrace those things in every part of your college life: social, academic and otherwise.