In the dimly lit studio theater in the fine arts building, junior Paul Kaufmann is stretched out on an old red sofa. Each time the camera clicks, he adjusts his pose; at one point, he poses like Rose Dawson from “Titanic,” then like a preteen girl at a sleepover, and then he enthusiastically points down at his boots with an energetic grin.
“No one is ever going to take me seriously again,” he laughs as he repositions himself and poses again for the camera.
Kaufmann is a theater major at Virginia Wesleyan who has acted in four school productions.
In VWC’s theatre department’s production of “Noises Off” in the fall of 2012, Kaufmann played his favorite role to date: Garry Lejeune. Garry, an actor who can never quite finish a sentence, has a role, Roger, in a play within the play.
“It allowed me to play two different people at once, since the whole production was an actor playing a role then going back to himself,” said Kaufmann. “I know this sounds crazy, but when I act, I have to go into my character’s mind to see how they would think. So Garry was a challenge for me because I had to create mannerisms for him then figure out what mannerisms Garry would create for the character he plays in the show and how would he portray his character, and how can I portray him portraying his character.”
Opening April 9 in the Hofheimer Theater, Kaufmann’s next role is Bottom in Shakespeare’s “A Midsummer Night’s Dream.” As rehearsals progress, he is working on developing his character, and figuring out how to portray him.
“When I play a character, I try to create what I think they mentally want, what their deeds are, and work around that,” said Kaufmann. “So for Bottom, in the play he literally becomes an ass. So, I’m trying to present this overbearing guy that you don’t want to work with, but at the same time I think he has a bit of heart to him. So I’m trying to portray this big, colossal, arrogant ass while deep down he really cares and this is just who he is. He just doesn’t realize he’s forcing all of these people to go through torment with him.”
When one is talking with Kaufmann, the hours of work he has dedicated to perfecting his skill are apparent. From getting into character, to memorizing lines to performing, being a theater major is a lot of work.
However, the craft goes underappreciated nonetheless.
“I think it’s funny how you’re a theater major, you get made fun of. But, you know, the Oscars just happened and when those prolific people talk about how they get into character, they are respected artists. Like, people think Leo DiCaprio is the Van Gogh of our time, but when I say I am a theater major, people say ‘Oh, so you want to work at McDonald’s or be a taxi driver?’” said Kaufmann.
Last fall, Kaufmann studied theater in London, and was met with a different outlook on the major and the craft.
“I like to make a joke when I tell people I’m a theater major. I’ll say ‘Oh, I’m going to do the one thing that’s going to make me the most amount of money and guarantee me a job: theater,’” said Kaufmann. “Then people in America laugh and say ‘Oh, you can’t be serious.’ But in London when you say that, you get such high respect and people say ‘Oh, well good for you.’ It was really cool because I feel like with the arts over there, people see it as not only doing an art but it being your craft and a part of who you are.”
Back in America, however, theater majors are still met with skepticism and condescension.
“There’s great talent here and it sucks because people don’t focus on that,” said Kaufmann. “People think acting is easy unless you’re in some big movie. It’s very easy with the arts to generalize it instead of focusing on it and realizing how much work we put into each and everything we do.”
As he prepares for his senior year at Virginia Wesleyan, Kaufmann has big plans for the future.
“Ideally—bam, I move to Chicago after I graduate, go to The Second City, and Lorne Michaels from Saturday Night Live is going to pick me up, put me on SNL, then I’m going to network out like Jason Sudeikis and make movies or do stage productions, whatever,” Kaufmann said.
Realistically, however, he is thinking smaller: “Since I studied at a small school, I have experience helping with lights, sound, and stage. So I can show up in Chicago and say ‘I can do lights, I can do sound, I also perform, what do you need?’” he said. “So, realistically, I’ll move out to Chicago and whatever comes my way, comes my way.” 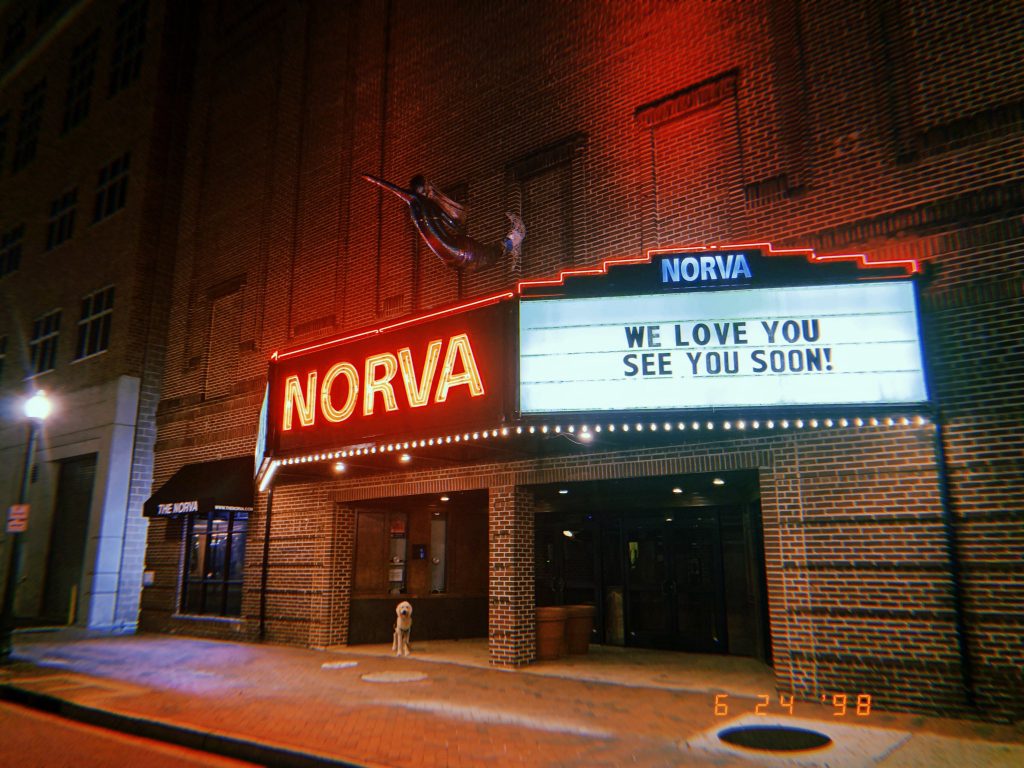