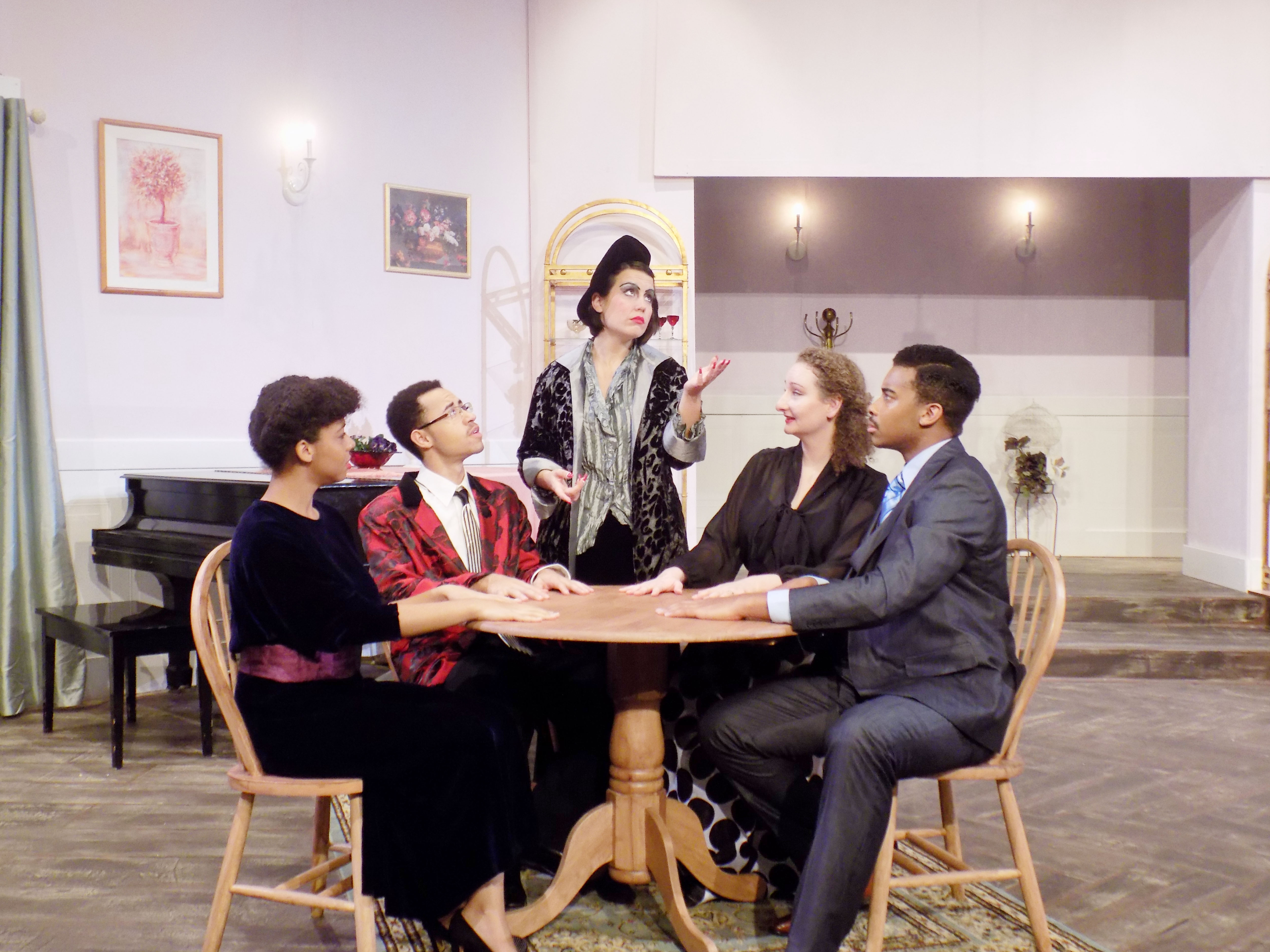 Dr. Travis Malone, professor of theatre, directed a seasoned cast and crew he selected from over 25 auditioners to produce the play.

“All Wesleyan auditions are the same. We hold open auditions, where students can come and audition for the show,” Malone said.

After watching all auditions, Malone called back 10 actors for a second round of auditions.

“We have a very talented student body and it is amazing to see all of them come out and audition,” Malone said.

The auditioning process is simple but filled with waiting.

“You come in and usually you’ll see the stage manager and the director and they’ll give you a line to read and then you wait and hope they call you back for more reads,” senior Adrian Benn said.

After set building, many hours of rehearsing lines and costume planning, the show is ready.

During rehearsals, Malone directs the actors and makes sure the flow of the rehearsal goes as smoothly as possible by reminding the actors of their lines and their cues. The rest of the show is under the control of the stage manager who meets with the crew four days before the dress rehearsal.

The crew is usually made up of students from Malone’s tech theatre class. They enjoy the experience.

Over the course of the four days before the dress rehearsal, the crew learns their cues so they know when to come in and change the scene and certain props to set up for the actors. Crew members help with stage setup, sound booth, costume change and props.

Thirty minutes before the show, the stage manager will come in to start on the preparations. The crew usually arrives an hour prior to the show’s start.

“I usually will sit down 10 out of those 30 minutes to gather myself and look over my notes at the booth, so that I know what I’m supposed to be addressing with the crew that night,” stage manager Emily Vial said.

When the crew comes in, they have to make sure to sign in before they pre-set. For “Blithe Spirit,” props included a lighter, flower pots and food and drink.

Meanwhile, the actors do their own prep.

“On production night, we do the usual stretches and then we practice our accents. Dr. Malone has a book of words and phrases and will shout them out to us to make sure we have this down, which is the most vital part of our preparation and getting us into character,” Benn said.