For the past two months, Greek organizations at Virginia Wesleyan College have been patiently waiting for a decision regarding their usage of the chapel.
On Feb. 1, they received a verdict from Chaplain Greg West.
“I have a proposed agreement,” said West. “With the goal of forming a task force of students to research the issue before us at a deeper level. We will talk to different colleges about their practices and the reasons behind those practices.”
The proposal will allow the Greek organizations to use the chapel this semester. However, usage will be limited to just one ceremony, forcing Greeks to use another venue, such as the Hofheimer Theater, if needed.
“I feel like I have been very accommodating on this,” said West. “I don’t think it is too much to ask that they bend a little and accommodate as well.”
More importantly, the proposal will only stand for the spring semester of 2013. At the end of the semester, West will make a final evaluation and make a decision for the next academic year.
“I think this is a win-win,” said West. “This is temporary though. Where we will come out at the end, I do not know.”
In addition, the proposal is focused on bringing together the Greek community and Marlin Ministries, with the hope of creating an environment of communication and respect. Philanthropy projects have already been suggested as a joint undertaking between the two groups.
The Director of Student Activities, Jennifer Mitchell, feels that this is a good starting point for the situation.
“I’m grateful that Greg West has thought of something,” said Mitchell. “This is a good step in the right direction. I think the biggest thing is that we all have open minds about it.”
Still, Mitchell feels the proposed research by Greg West may not be as fruitful as intended.
“It’s great that he wants to learn more about the organizations,” said Mitchell. “But, there is only so much you can learn about them, because you can’t learn about ritual unless you are in the organization.”
Senior Jenee Johnson, President of the Student Government Association and Sigma Sigma Sigma member, believes that the proposed research team can definitely make an impact over the next few months.

“I think the research team really needs to work hard,” said Johnson. “It needs to be a research team that comes together by making the chapel available for other things, not just spiritual life and student activities.”

Sophomore Sarah Nwokorie, an SGA class senator and Marlin Ministries member, feels this new joint participation will ease the division and tension that may have been present in the two communities.
“There definitely was a misunderstanding from the start,” said Nwokorie. “The more we had meetings about the chapel, it became clear what each side was trying say and bring to the table.”
Sophomore Xzavier Darden, President of Phi Kappa Tau, understands that while the Greek community may not have gotten everything it wanted, things are moving forward.
“I’m glad there’s a little bit of a compromise,” said Darden. “I guess it’s kind of the only way to bring two different parties on the same level. Just being together in the same room and talking to get to that point on having the chapel for everybody is a start.”
Still, communication with Greg West and Marlin Ministries will be key for the Greek community, especially if they want the chapel back beyond the current spring semester.
“I’m pretty sure he’s a pretty understanding guy,” said Darden. “I’m sure that once we talk to him, this idea of having the chapel back whenever we need it can happen. It’s just a matter of him getting to know us and us getting to know him.”
Nevertheless, many students have praised Greg West for what he has done so far for both communities. With the drafting of this new proposal, students feel West is building, not burning, bridges between the two parties.
“At the beginning of this situation, it was very shocking,” said Johnson. “However, Greg is working with the Greeks. He is working to find a better common ground to get to know the Greeks.”
“I was really sad about the original proposal to not allow the Greeks to use the chapel,” said senior Devon Killian, a Marlin Ministries member and Residence Assistant. “Greg does not want to infringe on the students spirituality, whether it’s during chapter initiations or on every Sunday. He doesn’t want to take away when they get in touch with God.”
Apprehension still exists however, especially with no definitive policy in place for the future.
“Hopefully this works out,” said Darden. “I can see how it might not work out, but, I can’t see how it won’t work out. Greg made it into his favor. It’s mostly in his hands.”
While progress had been made in the last few weeks, a definitive answer has yet to be found; one that everyone, from Marlin Ministries to Greek life, hopes can satisfy the entire community.
“We’re all willing to try this out,” said Darden. “I’d hate to see this go away, the chapel just being out of our rituals and stuff. It wouldn’t go over well with the Greek community. I hope, for everyone’s sake, this goes well.” 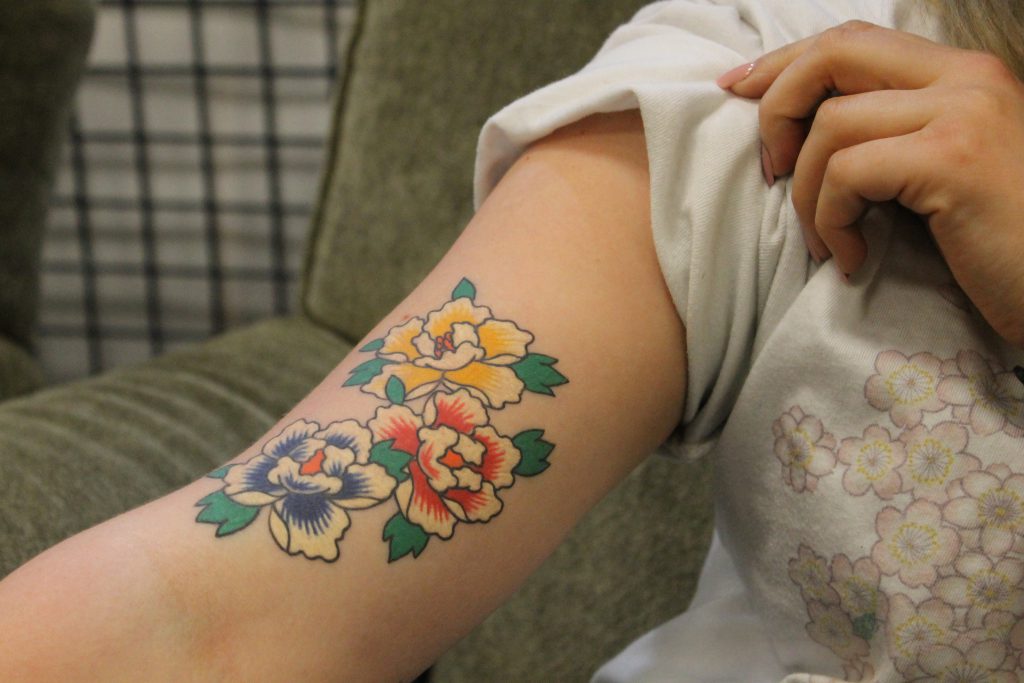