Politifact founder Bill Adair presented on the progression of his fact-checking website at one of the school’s “What’s at Stake” events on Oct. 27. The website opened to the public in August 2007 and focuses on fact-checking politicians at the local and national level.

“The presentation was very helpful,” freshman C.J. Miller said after attending it. “I just wish I knew about this website before now, because I could have been more involved in the presidential election and politics.”

The site uses several fields of data to present its news to readers.

“A typical Politifact item has 15 to 20 fields of data, and that data gives the reader power,” Adair said.

Statements are taken from politicians during rallies, debates and interviews and rated on a scale from “True” to “False.”

“I call it the Truth-O-Meter, and it is a way of summarizing in-depth journalism. Its ratings range from true, mostly true, half true, mostly false, false, and pants on fire,” Adair said. “I wanted to keep things simple. And the Truth-O-Meter works on anybody at the state and city levels too.”

Politifact has grown and developed substantially over the past nine years. The site has fact-checked more than 12,000 statements, which is the most extensive fact-checking effort in history. It has also introduced 18 Politifact state sites that are in high demand during general elections. The website has even inspired other countries to begin vetting their politicians’ words. Globally, 112 active fact-checking websites exist, up 50 percent from last year.

“I’ve seen the future of fact-checking, and this is what it looks like,”

For such a revolutionary dream, the idea for the website came about in a surprisingly mundane manner.

“When you think of guys getting this brilliant idea, there’s always a bar involved, and lots of cigars and smoke and a cocktail napkin,” Adair joked. “I did it on a Microsoft Word document, which wasn’t nearly as sexy as a cocktail napkin, and we can’t frame it as well in the office.”

The day for the website pitch came and went.

“It would be a better story if there was a fight,” Adair admitted.

But there was none. Adair said his bosses and colleagues were supportive, and encouraged his creativity and risk-taking. Adair and his team of researchers and journalists have worked hard to produce a site that truly holds politicians accountable.

“Our politicians are taking care with their words to be more accurate because they know journalists are holding them accountable,” Adair said.

In one presidential debate preceding the election, Politifact tested its first plans for automatic fact checks during livestreams.

“I’ve seen the future of fact-checking, and this is what it looks like,” Adair said when discussing his excitement for the new project.

Adair said that one day he hopes fact-checking will spread to real-time television and especially to commercials during election season.

“Ad makers are going to have a cow,” he said.

Politifact has also recently developed an app that is compatible with Amazon’s new voice-recognition device Echo. 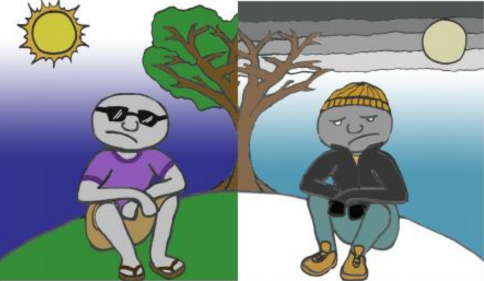