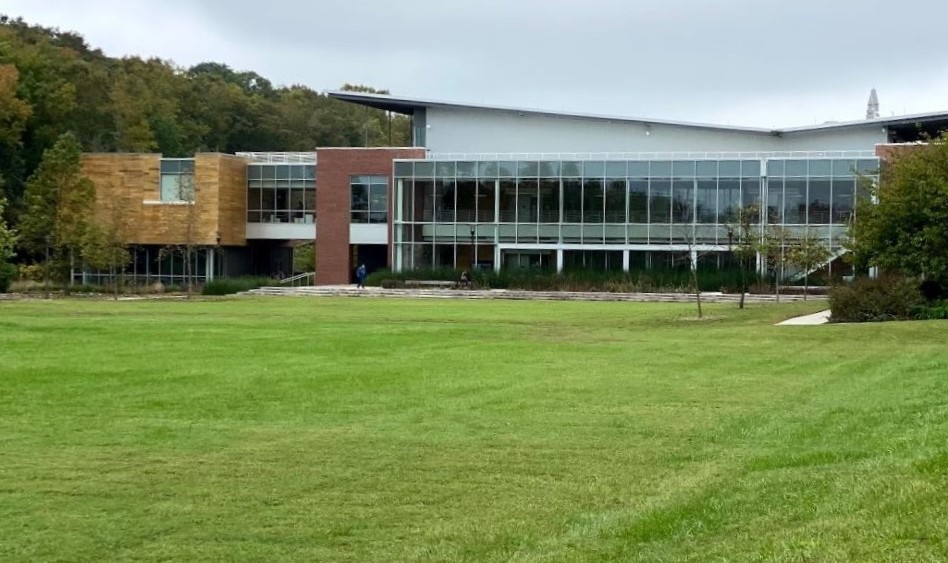 Schools are selected based on a survey of administrators, who respond to questions based around three main subjects: how environmentally responsible the school’s policies are, whether students are living both healthily and sustainably, and whether students are being prepared for the economic and ecological changes that will be a fixture of the 21st century. Nearly all 4-year colleges and universities are asked to participate in this survey; this year, 695 schools responded and 416 made it onto the list.

Concern for sustainability is fostered on campus through our infrastructure, scholastic programs, and student activities. Dr. Elizabeth Malcolm is one of the faculty members leading the charge. Malcolm is a professor in the Earth and Environmental Sciences department, where she currently serves as Chair. Malcolm is also the Director of Campus Sustainability, and the faculty advisor for Marlins Go Green.

She pointed to the Greer Environmental Sciences Center as one of the accomplishments she’s most proud of the school for. The building is LEED certified, and serves as both a class building and a ‘living laboratory’ in itself. “Students can actually learn about the building in their classes, or their research can relate to the building,” and grounds surrounding the Center, Malcolm explained. Another point of pride is the school’s progress toward greenhouse gas neutrality. Under President Greer, VWU committed to becoming neutral by 2050; President Miller reaffirmed that commitment, and recently moved the target date up ten years to 2040.

Students are also taking the lead on promoting environmentalism on campus. Senior Skyler Lattuca is the President of Marlins Go Green, of which he has been a member since his sophomore year. Lattuca is double majoring in Earth and Environmental Science and Sustainability Management and has found many opportunities to do work on both topics while at VWU.

Lattuca says he’s pleased with new developments, including more funding and flexibility for students who want to make a difference. Last year, the school approved an endowed fund that offers grant money to student projects in the environmental sciences field. Students must be EES or ENVS majors in order to qualify. This year’s round of grants for sustainability projects will have open applications until November 9th.

Marlins Go Green applied for and received one of last year’s grants, and used it to construct the new garden in front of the Greer Environmental Sciences Center. “They want to see what students are capable of at this point. Let’s run with this,” Lattuca said, adding that, “Even though it’s coming to the end of my college career, I can’t wait to see what the future students are going to be able to propose and make campus into.”

Kayleen Meinen, a senior Earth and Environmental Science major, has gotten involved through participation in Marlins Go Green, as well as volunteering to maintain the Greer Center and grounds alongside Marisa Cousin, the school’s horticulturalist from the Norfolk Botanical Gardens. If you want to get more involved, Meinen said, “I’d definitely recommend coming to some of the Marlins Go Green club meetings to get to know more about projects going on on campus and get involved with some like-minded people!”

Asked if he had anything to share with the campus community, Lattuca said, “If students are out there and they have cool ideas, feel free to share them with us. We want to make sure your voice is heard, and we want to make these projects become a reality.”