Baseball Head Coach Nick Boothe wins his 600th career game, but the team starts their 2014 campain with a losing record.

The baseball team has already started out their 2014 campaign breaking records, and they are only 13 games into the season. On Feb. 23, Baseball Head Coach Nick Boothe recorded his 600th career win, as his team won a closely fought game against Averett University.
This milestone places Coach Boothe amongst the collegiate coaching elite, as he is now one of only 30 men who have gained the prestigious 600-win status. Although this season has begun with personal triumph for Coach Boothe, he is not satisfied with his current success, and hopes his team continues to work hard and win games.
“Coach Boothe’s 600 win is a great feat in college coaching but it does not seem to have changed his hunger to win every game we play.” said junior pitcher Dylan Stoskus.
The coaching milestone has come amidst a shaky start of the season for the baseball team as a whole. Currently, the team posts a 3-10 record, but they look to keep improving as the season progresses.
“We’ve had a rough start but we’ve shown a lot of signs of improvement. We have a lot of young guys that are stepping up and bringing a lot of energy, which pushes everyone to work harder to improve.” said Senior pitcher Brooks Kirby.
The team’s losses have come to quality opponents, including nationally ranked Salisbury and Cortland St. The team looks to gain experience from these defeats, as well as motivation to keep progressing on the road to an Old Dominion Athletic Conference (ODAC) title.
The unique combination of hard work and teamwork which the team displays on a daily basis will help them to move on from these losses and get back on track to a successful season.
“We are more than a team. We are a family, and I know this family is destined for success. With our work ethic and determination, I know we can achieve anything put in front of us. I wouldn’t want to go to battle with any other men than these guys I’m honored to call my teammates and coaches” said junior George Annunziata.
The Marlins were ranked the ninth seed in the ODAC preseason poll, but they look to prove everybody wrong in their upcoming games, and produce record-setting performances this season.
“I’m hoping we make it farther than the ODAC thought we would. I’m not bothered by it, I just think we are going to surprise some people.” said freshman Taylor Erby.
With a combination of experienced returners and talented new-comers, the team hopes to finish their season in first place, and bring home the ODAC title. The team will keep working their relentless pursuit of a championship, no matter what may come their way.
“My motto is ‘Don’t ever give up on something you can’t go a day without’, and we are a team that will never give up on our love for the game of baseball.” said junior George Annunziata.
The team plays at home this weekend, facing conference foe Lynchburg in a double-header on Saturday, and will play against Earlham on Sunday. Both games begin at 12pm, so if you’re sticking around for spring break, venture out to the field and support your Marlins! 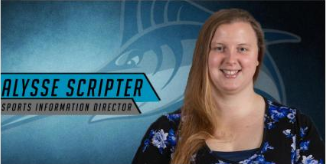