On Friday, Sept. 9, in honor of World Suicide Prevention Day, about 70 Virginia Wesleyan students walked in honor of those who have struggled, and are struggling, with thoughts of suicide. This is the second year the walk has been organized for Suicide Awareness Day, which is Sept. 10.

The event was organized both as a space of remembrance for those who have lost people or suffered from suicidal thoughts, and to bring visibility to the issue of suicide. April Christman, director of Counseling and Student Health, said suicide is rarely discussed, even though it’s a leading cause of death among young adults in Virginia.

“If someone has a broken arm you’re going to see the cast on their arm, or a broken leg, they’re going to be on crutches,” Christman said, “but we may not be able to see that someone’s suffering with these thoughts.”

She said she hopes the event makes suicide something easier to talk about as a community. She said the outcome she wanted the most from this event was to help destigmatize asking for help, whether that’s talking to a friend or going to counseling on or off campus.

Along with Christman, Jason Seward, associate vice president for Campus Life, gave a short talk on the importance of suicide awareness before the walk began.

“We’re here for you. We’re here for someone you know and all you have to do is say ‘help,’” Seward said during his speech. He spoke on the importance of community and ensuring that everyone knows there are people willing to help. He also said asking is the hardest part sometimes, and that he hopes more awareness makes that step easier.

“Among people 10 to 24 – so that’s our students, that’s you all in this location – suicide is the second leading cause of death, and it is preventable,” Christman said. She said that the basis of prevention is community, where people learn, laugh and build connections. A strong community is a support system that can be leaned on in times of need.

After the speeches, the students walked by the library to the blue chair, where they chalked the sidewalk outside the library with messages of support and remembrance.

“It can be really hard to look at a really big problem and not know how to fix it, so this kind of just breaks it down,” said Eddie McDonald, who chalked a suicide awareness ribbon with the words ‘Baby steps add up’ written on it. He said he thinks the chalk messages are really important, because people who feel the walk is too painful can see messages of support and a reminder they aren’t alone every time they pass by.

Dozens of multicolored supportive chalk messages decorated the chalk square by the blue chair, proclaiming to everybody that people who are suffering from depression or thoughts of suicide are not alone; that there are people willing to listen.

“We’re basically just saying, ‘Hey, I care about you,’” said Miranda Taylor, a senior who helped set up the event. She said that sometimes it’s really hard for people to reach out because of fear of being judged by peers, but events like these help people understand that there are people willing to listen.

One of the ways she helps is wearing a green bandana, which signifies a person involved with the campus initiative The Bandana Project. These students are trained to recognize signs of painful mental health scenarios and assist people who are suffering.

“We may not be like certified therapists, but we’re here to listen and help with anything that we can,” Taylor said, her green bandana prominently displayed.

Seward said that suicide is not something that should just be talked about only on Suicide Awareness Day, but year-round. He also said it is important to give people resources, to let them know they aren’t alone, and to help however possible.

“I’m a firm believer in you don’t have to be everything to everybody. … somebody benefited today, I know it,” said Seward, looking out over the chalk. He said he was very moved by all the messages chalked on the pavement.

If you or someone you know is in need of help, there are numerous resources on campus for you. You can talk to a friend, talk to a student with a green bandana or stop by the counseling office. Counseling offers a quiet space to relax, and a counseling session can be scheduled with April Christman or Brandon Foster by emailing them at achristman@vwu.edu or bfoster@vwu.edu, respectively. They can also be reached by phone at 757-455-3131 and 757-455-5730. The national suicide hot line, for immediate help, is 988. 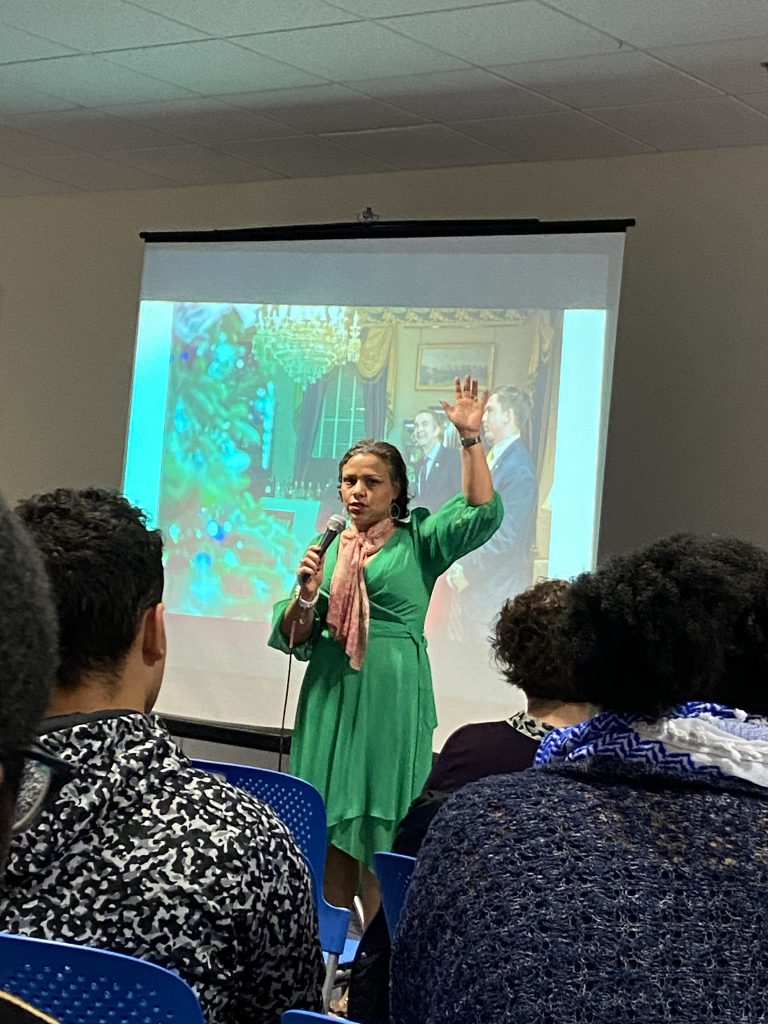