Premiere Official Video for On RollingStone.com

Delta Rae recently had the opportunity to collaborate with one of their heroes. They teamed up with Lindsey Buckingham of Fleetwood Mac, their all-time favorite band, who played guitar on the re-recorded version of their new single, “If I Loved You.” Pretty sweet.

The band released the new video for “If I Loved You” yesterday exclusively on RollingStone.com , which Lindsey wasn’t in, but still deserves to be watched regardless.
“This video captures what I love most about the song” says Delta Rae singer Elizabeth Hopkins, who takes center stage on this song. “It’s simple and raw. Telling someone point blank that you don’t love them is difficult and painful. I’ve done it. It feels horrible, but there is also a release that comes along with it, a lifting of a weight. I think this video lets you focus on the rawness of that message.”

“If I Loved You” Video Premiere on RollingStone.com

“If I Loved You (feat. Lindsey Buckingham)” on Soundcloud

Carry The Fire on iTunes
http://bit.ly/Zp5IaF

“I can’t really accurately express how wild it was for us to learn that Lindsey Buckingham had played on If I Loved You.” explains Delta Rae singer/song-writer/guitar player Ian Holljes. “I grew up on stories of how my parents (along with every other kid on campus) would blast the entirety of Rumours out of their college dorm room windows. Fleetwood Mac and Lindsey Buckingham’s writing have been so influential to us and so to have his talents and incredibly distinctive guitar playing laid over one of our tracks felt like the world sort of folding over on itself. Ultimately, it was rewarding on two huge levels — the thrill of having one of your heroes play on your song and the actual impact of his beautiful guitar work enhancing the song so meaningfully. ”

It’s been a wild year for six piece rock band Delta Rae since the release of their debut album, Carry The Fire, this past June. The band performed their single “Bottom Of The River” on The Tonight Show w/Jay Leno the night of the release. The show liked them so much, they invited them back for round two to perform “Fire.” In between Leno trips, the band performed on Conan, were featured on NPR’s “All Things Considered” and hand selected by Rolling Stone as an “Artist To Watch” for their Women Who Rock campaign. They’ve been championed by VH1, who selected them as their “You Oughta Know” Artist of The Month for October, USA Today, who premiered their video for “Dance In The Graveyards,” KCRW, Billboard, Forbes and ELLE among many others. 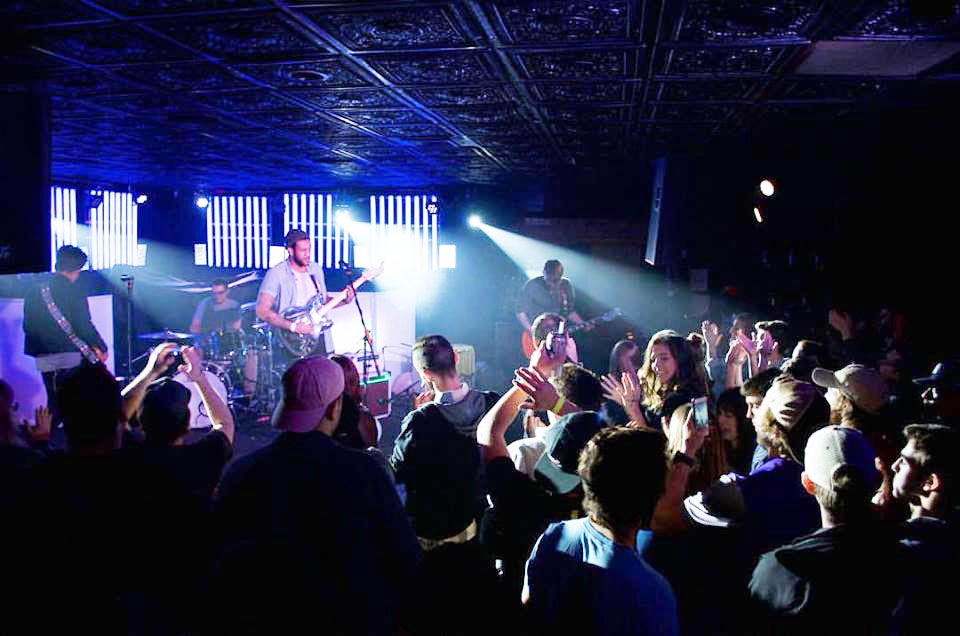