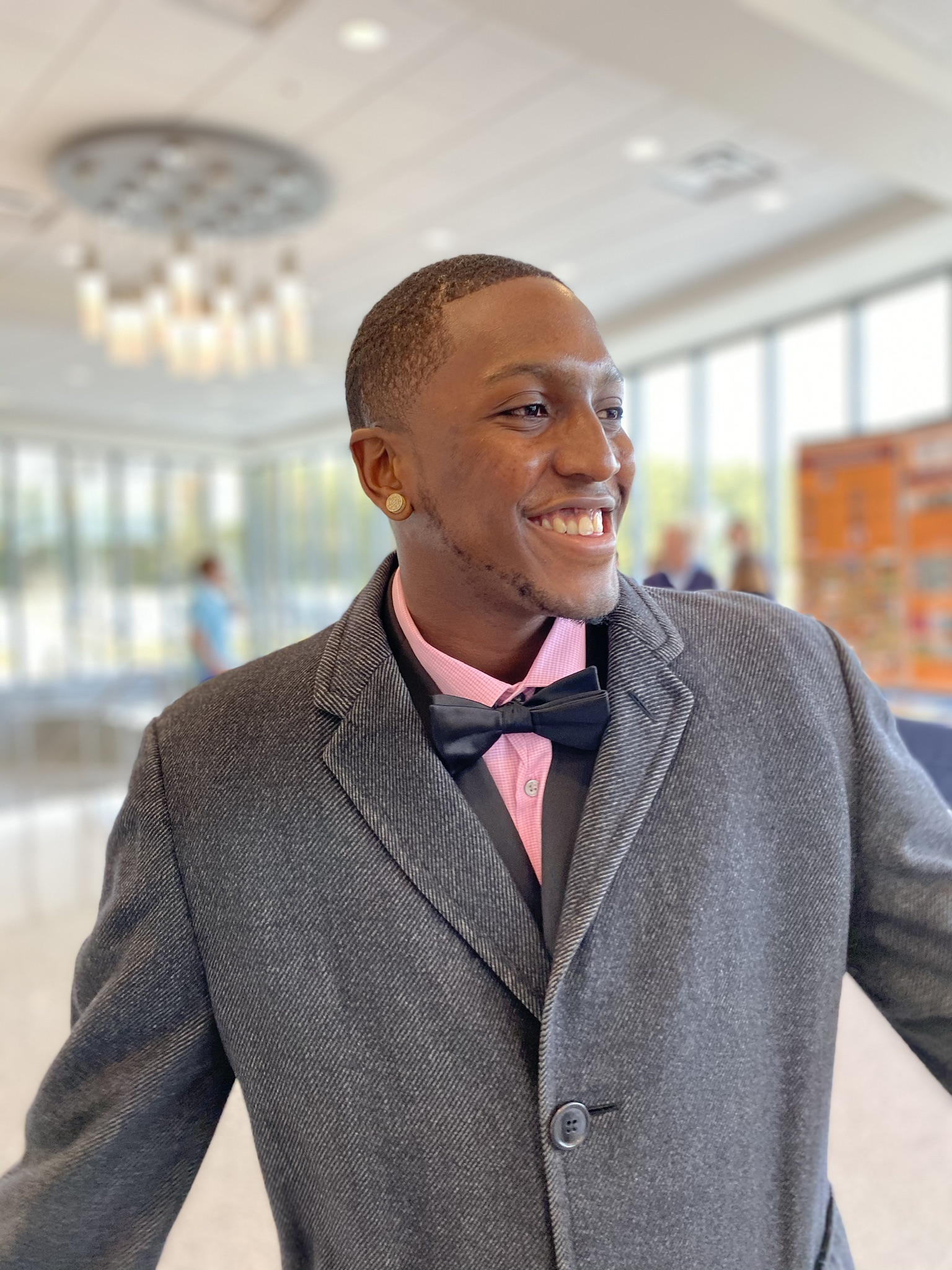 “Smart, hardworking and polite” were all words used to describe Patrick Berard Jr, a senior at Virginia Wesleyan University.  In high school, he participated in the dual-enrollment program, which allows students to take college courses while still in high school. He would have never imagined that a “Humans in the Environment” course would help him find his calling. After taking that course, he became an advocate for a cleaner environment.

Berard is majoring in Earth and Environmental Science and is the Advertising Officer for Marlins Go Green, an environmental organization on campus. “Patrick is a team player. He gives me the encouragement I need to move forward, and he keeps the energy alive in me,” junior Ashley Roehrman, President of Marlins Go Green said.

Berard played a pivotal role in planning and executing Virginia Wesleyan’s first climate change symposium. The Gunn Group gave Berard their vision, which was to host a climate change symposium and to have experts from various fields participate and educate others. They trusted him to fulfil the vision. Some of his duties involved reserving the location, creating the two panels and coordinating the career fair. “The planning process for the symposium took a little over nine months. It was challenging, but quite rewarding” Berard said. The Climate Change Symposium took place on Friday, Nov. 8, 2019 from 12 p.m.- 4:30 p.m.. He was pleased with how many students, and members of the surrounding community participated in the symposium.

At the symposium, it was announced that the Marlins Go Green organization had received a grant from Virginia Wesleyan University Earth and Environmental Science Endowment Fund. “Patrick has been a vital member of Marlins Go Green, and he has been an essential leader for the grant proposal for the campus garden. He has worked relentlessly to find various donors and to find guidance on how to turn this dream garden into a reality. There’s no way we could’ve done it without him,” Roehrman said.

“He is a connector of people, and the way he was able to gather all of these different groups of people together is just a testament to what a great kid he is. We are thrilled to know him through his association with our internship program, and also to be here supporting him today,” said Janet Weyland, the Deputy Director for the Tidewater Department of Environmental Quality.