Chaplain Greg West and Marlin Ministry student leaders are raising money to support two full-time staff positions to keep up with the rapid growth the club experienced over the past four years.

Marlin Ministry’s plan is two-fold. First, they want to bring George Scott’s position of part-time worship leader to a full-time position. In this new role, Scott would help not only with worship-related programming, but also assist West with a lot of administrative work, freeing him up from some of his logistical tasks. Secondly, Marlin Ministries wants to bring on a Virginia Wesleyan graduate as a full-time paid intern. While this intern would help West minister to students, a big part of his or her job would also be orchestrating communication between West and the many ministry leaders running bible studies and life groups.

If this program is instituted, it would help not only Marlin Ministries but also lend a bit of experience to the graduate student. Students like Forrest Teague are eager to apply for the position.

“It’s a big step, but it’s a really good stepping stone into that and with finding if this is something I want to do,” Teague said.

The idea is that since the students attended the university, they are well equipped to work as effective employees of the institution. West wants to start up this program at Wesleyan, employing a recently graduated student who was strongly involved in Marlin Ministries.

Austin VonVille, senior soccer player, reflects on his experience at Virginia Wesleyan, noting that the recent growth in Marlin Ministries.

“There has been tremendous growth from what I have seen coming in four years ago to where it is now,” VonVille said.

Other seniors who remember what Marlin Ministries looked like three years ago are equally impressed by the change.

“My freshmen year we probably averaged 10 people at Soar (which is our chapel service that meets on Sundays at 4 p.m.), and now, three years later, we average between 30 to 40 people at Soar and another 40 to 50 people at Monday night worship,” senior religious studies major Gabe Higgins said.

West said he is amazed by this growth. According to West, at the beginning of his time as Virginia Wesleyan’s chaplain, there were barely 20 students loosely involved in campus ministries. There are now 20 groups of students meeting under the Marlin Ministries umbrella. At the end of last year school year, West calculated that 10% of the Virginia Wesleyan student population was somehow involved in Marlin Ministries. Instead of taking pride in this achievement, West said he insists that it was not his own skill that brought growth to Marlin Ministrie. He credits a higher power.

“This isn’t to blow my own trumpet. God is doing something great here,” West said.

“There are students who I know would have left by now if it weren’t for Marlin Ministries,” West said.

VonVille, reflecting on his own experience as student at VWC, echoes this sentiment and references his own spiritual growth.

“It’s helped keep me grounded in a sense. When you feel like life is just too much, Greg’s door is always open,” VonVille said.

Evidence of growth as a result of West’s work is found in several new student-initiated and student-led events. One is known as Monday Night Worship which meets every Monday night in the Boyd Dining hall at 8:30 p.m. Key student leaders who orchestrate the event include Trey Queen, Gabe Higgins, Emily Testroet, Luke Wentling and Drew Tomajczyk. What started as a spur of the moment worship event consisting of ten participants in the fall grew into a gathering of 40-50 people.

“The subtle influence of Greg helps Monday nights. Continue the main goal, enhance the faith of this community and grow that community,” VonVille said.

While both West and Marlin Ministry student members said they are excited by this growth, they are also concerned that as the workload continues to build due to increased student involvement, West will become increasingly overwhelmed.

“Greg could use all the help he can get because God is moving quickly on this campus and we need as many hands as we can get,” Tomajczyk said.

“I think that Greg is very busy, that there are millions of people always wanting to meet with him for various reasons and that there should definitely be another staff member,” Isis Percell said.

The concern that Percell expresses about West’s multiple demands is what concerns West the most. He said he feelss he has become increasingly unavailable to students simply because he has so many responsibilities.

“This semester, I have had to tell students, ‘No, I can’t meet with you.’ I have never had to do that before… And I don’t like that,” West said.

Additionally, because of his busy schedule, West said he has a hard time checking in with the 20 students who lead the small groups many students attend.

In order to relieve his overwhelming schedule, West is working to raise funding. Marlin Ministries is about half way through, in terms of dollar amounts, and the team remains hopeful. 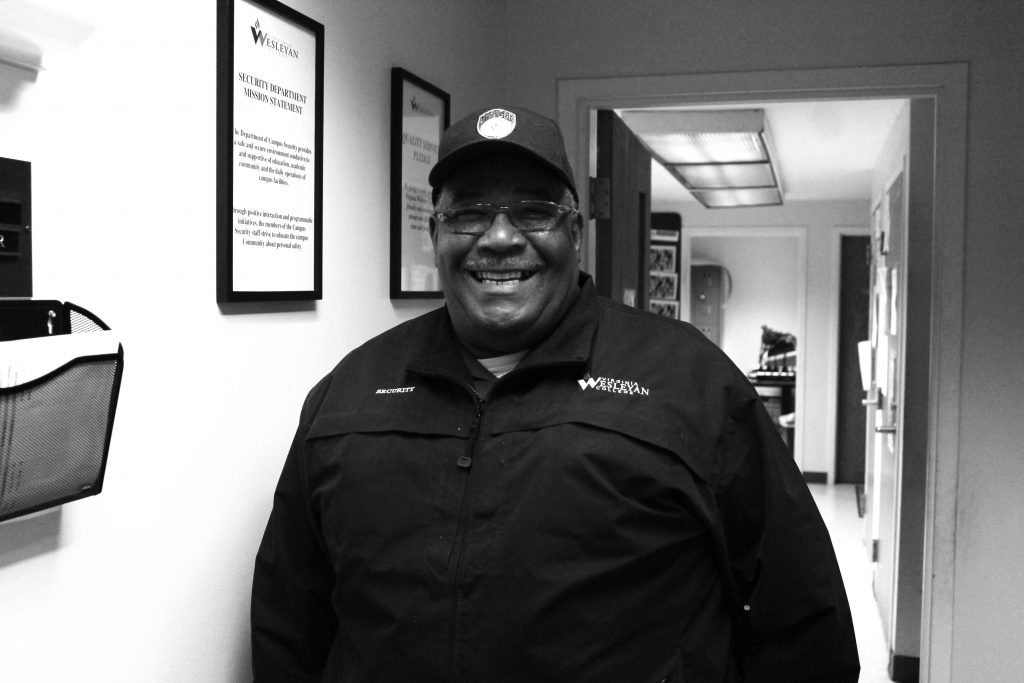