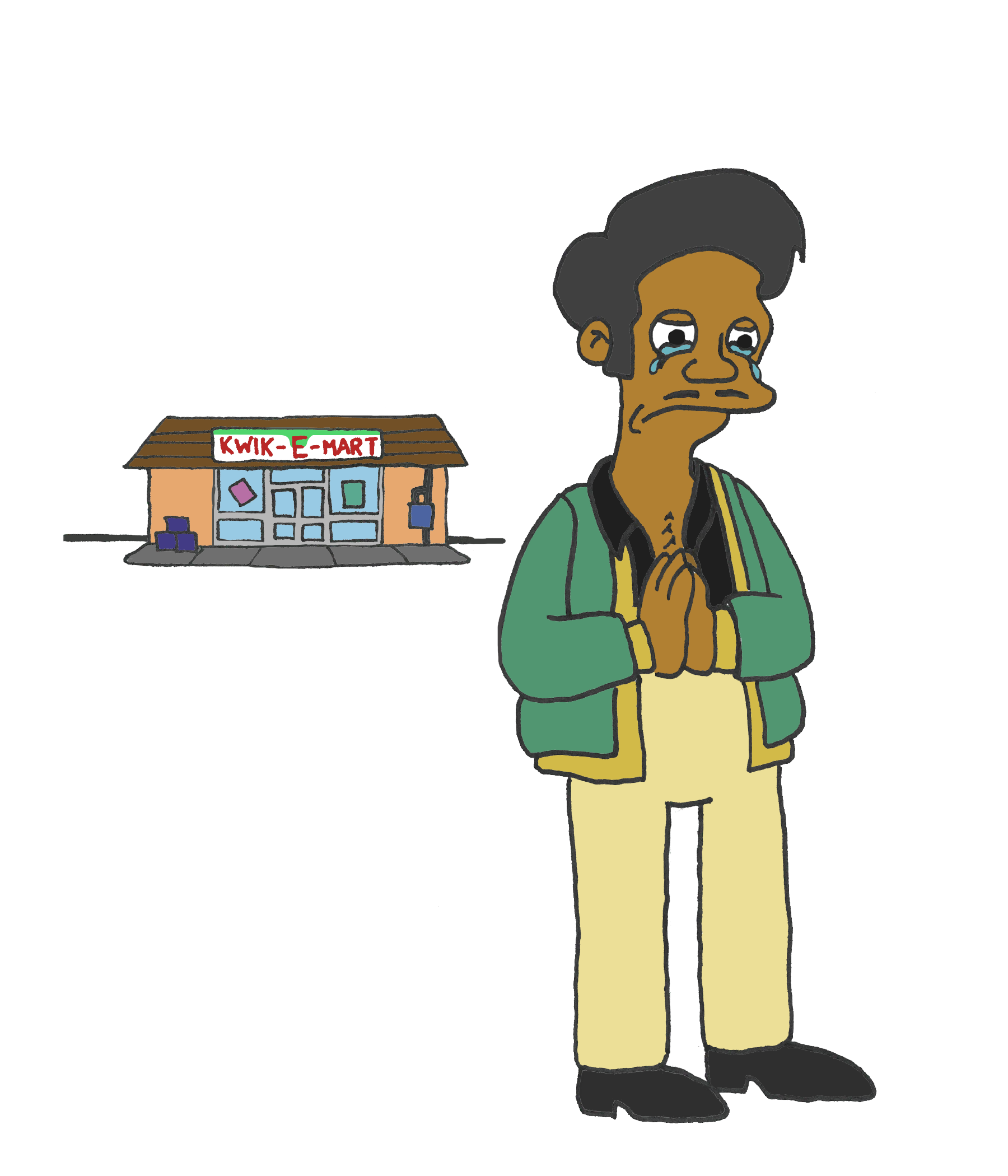 The Simpsons bid farewell to Apu this year after a public outcry for the removal of the character based on prejudicial and stereotypical representations of southeastern Asians. The outcry began to catch traction after comedian Hari Kondabolu released the documentary, The Problem with Apu, in 2017.

Since then Hari has appeared on talk shows, such as The Daily Show with Trevor Noah and discussed his views of Apu as being “voiced by a white guy in brown paint and this country has a history of that.”

On PBS Newshour Hari Kondabolu and Hari Sreenivasan sat down and discussed the implications of Apu on their childhoods and growing up. Hari Sreenivasan stated, “I mean Apu’s catch phrases were used as a bludgeon against all south Asians at the time and it wasn’t that sophisticated of a put down.” Hari Kondabolu responds stating that this was because that’s all people had because nobody knew much about south eastern Asians and that stereotyping of Apu on The Simpsons kind of became the only representation or understanding of south eastern Asians.

The other side to this argument that has been expressed is the fact that The Simpsons make fun of everyone, for example, Homer Simpson is the representation of the average uneducated white guy in America. While Hari Kondabolu acknowledges this he further states that there are a lot of representations of white characters on the show, but Indians get a convenience store clerk.

Not only does Apu utilize a stereotypical accent of southeastern Asian descent, but he runs a convenience store in the show, further stereotyping the Indian community. This isn’t necessarily new to television with movies like Encino Man depicting the gas station clerks, Kashmir and Raji, with actors Erick Avari and Gerry Bednob. They too utilized stereotypical accents as well, but Encino Man is a film from the early 90s and The Simpsons is a still running program on TV. We can’t go back and remove stereotypes from film, but as a society we can move forward with an understanding and appreciation of our multicultural communities. This is essentially what Hari Kondablou’s argument entails. It’s not that Apu is a convenience store owner or clerk, but it’s the fact that he never really evolves as a character like others on the show. Hari states that the stereotypical convenience store clerk’s story is repeated consistently and needs to evolve.

However, some believe that maybe instead of getting rid of Apu from The Simpsons, the show could simply alter his character and hire a southeast Asian voice actor to portray the character. In other words, compromise instead of eradicating.

“Instead of removing Apu from the show, maybe they could make some changes so it’s not a white guy voicing Apu or maybe they could introduce a new character because they don’t have much diversity on the show,” said Senior Bayli Foley.

Other students felt that the shift in the show is simply just an ongoing politically correcting agenda in this country that’s getting out of control.

“I think that they shouldn’t do it because he’s a beloved character and it doesn’t seem people are all that offended by it, like people who you would think would be offended by it. A couple of Indian people I know have actually defended Apu and said that he represents a hard worker and a family man, and he shouldn’t be taken out of the show,” stated Freshman Michael McCartney.

While The Simpsons have been around longer than most college age students have been alive, it may hold a responsibility in that longevity to catch up with the times. In a sensitive time in America, it’s becoming a “get with the program or get out” type of society. This was seen with the dismissal of Roseanne Barr from the show Roseanne after the actress made some racially questionable statements on Twitter earlier this year. And while some believe comedy should be left out of the political correcting agenda because comedians job entails them to push the limits, there’s also the belief that no voice should be silenced by the use of language and representation In media.

Because The Simpsons are a beloved show that has been on air for so long many have given it a pass and want the traditional representation of the show to remain the same.

“I don’t really understand why Apu’s being removed from the show because he’s a pretty big part of the show and he added to the comedy of The Simpsons,” said Freshman Jessie Diel.