You’ve just walked into the Central Perk where you and your best friends Monica, Phoebe, Rachel, Chandler, Ross and Joey have just celebrated your 25th anniversary. Are you able to hold back the tears that come with every episode of your friendship? It is hard not to fall in love with this group of best friends in New York City who went through everyday struggles while creeping their way into our hearts.

After getting in touch with a number of Wesleyan students, it’s clear that anyone who watched the show loved it for some of the same reasons. While some students have not gotten as into the show, the same values are still expressed. “I find the show comical, though I do not watch it as much but when I do it’s always a good laugh,” Karen Lopez said. ‘Friends’ fan Brandon Ferguson said, “There’s so much more to it than just a regular sitcom; it somehow found a way to be both funny and heartwarming while tackling real issues such as finding a job, having inspirations in life and pregnancy. Each episode is not just a few stories that had been put together primarily to entertain, but to create a relationship between a wider audience that can relate to a number of characters.”

Throughout the show, you find yourself connecting to different characters  because of all the different characteristics and humor you share with them. “Joey Tribiani has all of the elements I aspire to be: he’s confident, goofy and never gives up, regardless of all the positions he’s put in. He is easily the most quotable character in the show from “how you doing” to “JOEY DOESN’T SHARE FOOD,” Brandon said.

Joey is not the only character Wesleyan students connected with. Freshman Jeanie Mahon said, “I would have to say I relate to Monica the most, because she tries to be organized but is just as crazy as everyone else and though I sometimes won’t admit it, can relate to her.”

A comparison between you and some of the characters is pretty common because of how many similarities they have with a number of different people.

Other Wesleyan students like Jennifer Bowen enjoy Chandler’s slightly dark humor, that “you would only find funny if you understood it.” While they agreed on that, Bowen said that though we have no idea what Chandler does, “he has an office job and it’s what I want to do.”

When made aware of the famous Central Perk couch coming to landmarks worldwide, some Marlins had a lot of different dreams. “Heck yes, I would have wanted to sit on that couch. I have  always wanted to sit in Central Perk and just enjoy a cup of coffee. You can imagine my distress when I learned that it had closed down,” Mahone said.

Ferguson had a very different yet creative response. “Sitting on the couch would have been awesome. I would probably have nice conversations with the cast and try very hard to steal Joey’s food.”

So much makes up the show and though we may not have realized it, this may have just been one of the ways that real life scenarios were made entertaining rather than confrontational. You admire the surrogacy option that Phoebe gives her brother and her sister-in-law , shed a tear for Monica and Chandler’s search for adoption and root for Rachel’s challenges as a single mother. The characters support each other through all these real life trials and more.  It becomes clear when watching their relationship unfold how important a support system is. This inspiring group of friends never strays away from encouraging each other in every decision, which is one of the reasons we love ‘Friends’ so much. 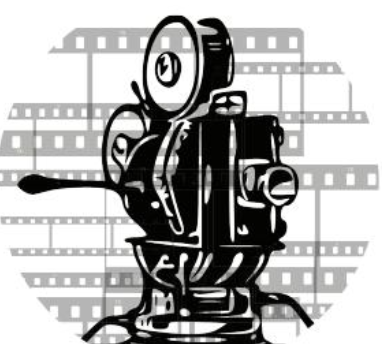