Drums, trombone, alto sax, flutes and trumpets are not usually what comes to mind when thinking about Virginia Wesleyan home basketball games, but thanks to Jason Squinobal and the Jazz Ensemble it is a reality for students of our campus.

“I’ve been playing drums for my church for about 10 years now but when I started playing drums for jazz it was a different atmosphere. I’ve been enjoying every minute of it from the on campus concerts to outside performances. The games are great too, I can provide entertainment, while watching some,” junior drummer Audwin Harris said.

The Jazz Ensemble was started in 2014 with the hiring of Dr. Jason Squinobal. Believe it or not, it is a course offered here each semester. The jazz course can be found in WebAdvisor under APMU 121 and is open to all majors at the university who have the ability to play a musical instrument. The course also meets the A requirement for the general education studies.

In fact, if you’re interested, and not that great at playing an instrument it’s no worries. Many of the ensemble members are not music majors and learned to play their instruments from the public schooling system. The Jazz Ensemble allows the members of the ensemble to continue to enjoy music while obtaining the degree of their choice.

“We perform mostly on-site concerts in the Fine Arts Building for the Concert Series hosted by Dr. Sandra Billy. However, this semester the ensemble was able to perform at two senior communities in the local Virginia Beach area. The ensemble was given the opportunity this semester by the university administration to perform at certain basketball games during the season,” junior saxophone player Cory Franklin said.

The Jazz ensemble came into play when the Executive Director of Intercollegiate Athletics asked them to play selections at basketball games here on campus and have been a hit with the energetic crowds ever since.

“I started noticing the Jazz Ensemble playing at basketball games with their catchy tunes, and realized my best friend is in the jazz band! and that’s how I started listening and realized their music slapped, a straight 10/10!,” junior Jonathan Croft said.

Besides seeing them at home games while stuffing your face with popcorn and hotdogs, the Jazz Ensemble plays at many functions that can be seen outside of campus, like at the new local senior living apartments, Tranquility at the Lakes near the Krispy Kreme. 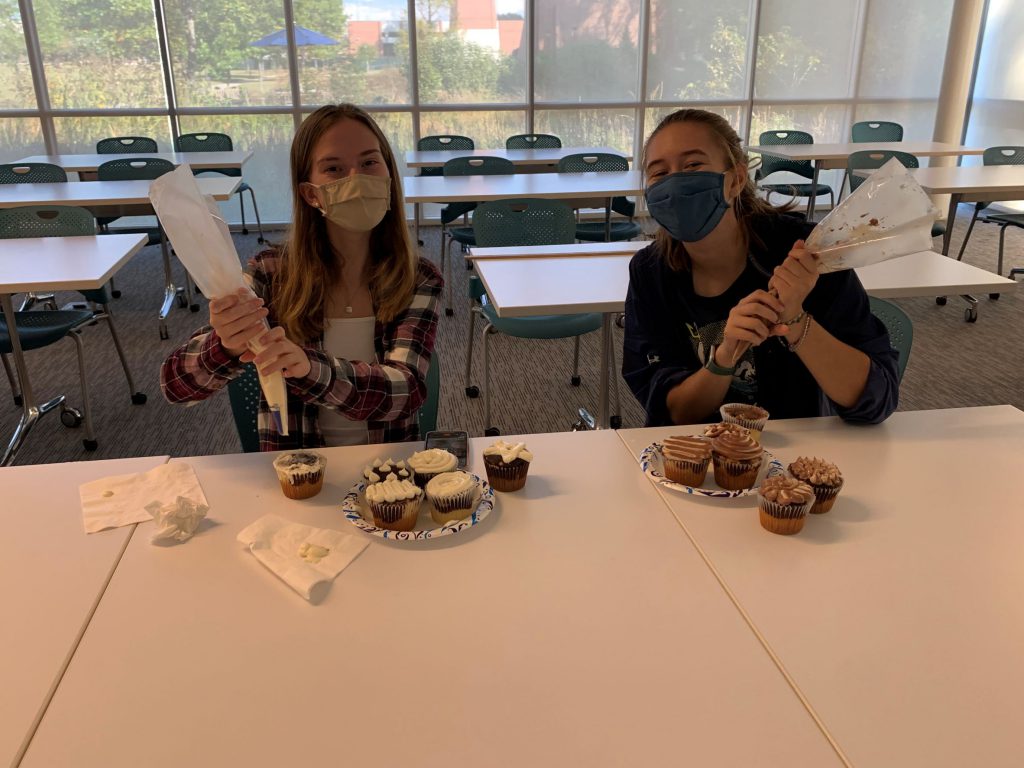